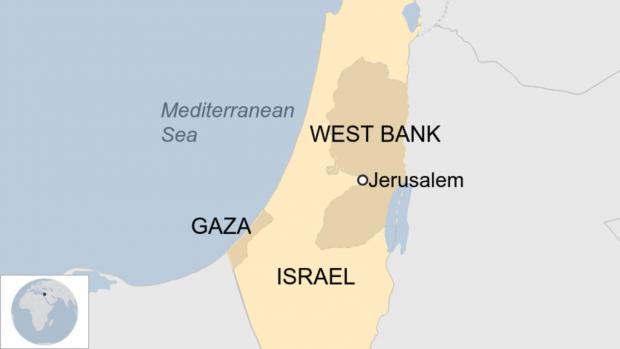 Did Netanyahu go too far this time?

Did he shoot himself in the foot for massacring Gazan civilians — and by doing so generate mass pro-Palestinian protests in cities worldwide?

Did his international support weaken for terror-bombing and shelling residential neighborhoods on the phony pretext of claiming that Hamas used families and others as human shields?

Is his Western and regional media support diminished for targeting their Gazan facilities to silence them?

Did he generate widespread international anger for destroying Gazan infrastructure essential to sustain life and well-being, for striking medical facilities and much more in Gaza intensively?

For time immemorial, US and other Western media provided one-sided support for Israel, including earlier wars on Gaza and against Syria and Lebanon.

Did 11 days in May change things — even if only partially?

Did it put a chink in longstanding Israeli impregnability?

Days earlier, the most always pro-Israel NYT said the following:

The IDF "damaged 17 hospitals and clinics in Gaza, wrecked its only coronavirus test laboratory, sent fetid wastewater into its streets and broke water pipes serving at least 800,000 people, setting off a humanitarian crisis that is touching nearly every civilian in the crowded enclave of about two million people," adding:

"Sewage systems inside Gaza have been destroyed."

"A desalination plant that helped provide fresh water to 250,000 people in the territory is offline."

"Dozens of schools have been damaged or closed, forcing some 600,000 students to miss classes."

"And at least 213 Palestinians have been killed, including dozens of children."

"The level of destruction and loss of life in Gaza has underlined the humanitarian challenge in the enclave, already suffering under the weight of an indefinite blockade by Israel and Egypt even before the latest conflict."

The above and more that followed was sharp criticism of Israel rarely ever reported about a US allied state.

"Even if the fighting soon stops, not holding Israel to account for potential war crimes green-lights future heinous attacks."

At times of war, civilians are protected persons under international law.

Targeting and "preventing them from receiving effective care for their wounds compounds their suffering," NBC News added.

WaPo has been notably critical of Israeli aggression this month.

Days of Israeli aggression on Gaza reflect "the latest episode in the hundred-plus year war on Palestine," adding:

"Israel's brutal actions in and around Jerusalem's al-Aqsa Mosque, and its attempts to forcibly displace Palestinians in the nearby neighborhood of Sheikh Jarrah, were triggers for another violent, asymmetrical confrontation" between Israel's powerful military and Palestinians armed with no more than crude rockets and their redoubtable will to resist oppression.

What went on for days and continues throughout the Occupied Territories through daily oppression of Palestinians has nothing to do with "riot(ing)" or a "real estate dispute" as phony Israeli "talking points" claimed, Khalidi explained.

It's all about pursuing Israel's longstanding aim for maximum Jews and minimum Arabs throughout all valued parts of historic Palestine — notably to assure that the world community recognizes Jerusalem as Israel's exclusive capital.

The Palestine Partition Plan granted 56% of historic Palestine to Jews (with one-third of the population), 42% to Palestinians.

Jerusalem was designated an international city under a UN Trusteeship Council.

It called for "all governments and peoples to refrain from taking any action which might hamper or delay the carrying out of these recommendations."

The Security Council was and continues to be empowered with "necessary measures as provided for in the plan for its implementation."

Security Council (SC) Resolution 242 (1967) called for an end of conflict and withdrawal of Israeli armed forces from the Occupied Territories.

The UN Charter, Fourth Geneva, and other international laws protect the rights of everyone everywhere, including Palestinians and other oppressed people.

Like the US and West, Israel operates exclusively by its own rules.

A permanent state of war by hot and other means has existed by Israel against Palestinians for nearly three-fourths of a century — with no end of it in prospect.

WaPo contributor Michael Chabon accused Israel of "violat(ing) the Fourth Geneva Convention, which limits the duration of military occupation to a year and prohibits an occupying power from transferring its own citizens to occupied territory."

Questioning Netanyahu's future, it said "Jerusalem is on verge of erupting again" because of Israeli violence on its people straightaway after agreeing to ceasefire in Gaza.

According to Palestinian Red Crescent spokesman Mohammad Fityani, Israeli forces on Friday injured 21 Palestinians in and around the Al-Aqsa Mosque, adding:

"Our people rose up…to defend the al-Aqsa Mosque with their bare chests, and to prove to the whole world that (East) Jerusalem is (the exclusive Palestinian capital), and that Al-Aqsa is a red line."

"We dread the darkness of the night, when you can no longer tell where or how close the black smoke is" from Israeli missiles and shells.

"You can only hear it, feel it and, if you're lucky, survive it."

"So, we gather together, support each other and tell ourselves that we will survive the night."

The above and more like it in WaPo and in other US media editions expressed uncharacteristically harsh criticism of Israel.

Does it reflect a crack in its longstanding invulnerability to justifiable criticism?

Or is it the emotional response of the moment that's likely to pass in the days and weeks ahead?

Following ceasefire on Friday, "(w)hat's Biden's plan" for besieged Gazans and Palestinians throughout the Occupied Territories?

Al Jazeera quoted Nader Hashemi, director of the Center for Middle East Studies at the University of Denver saying:

"There's zero (US) plan" — other than supplying Israel with more heavy weapons and munitions for further war at its discretion against Palestinians and neighboring states.

Hashemi also stressed that "the more Israel is coddled, supported, and sustained (by the US and West), the more belligerent and intransigent (it) becomes" — knowing it can do what it pleases unaccountably.