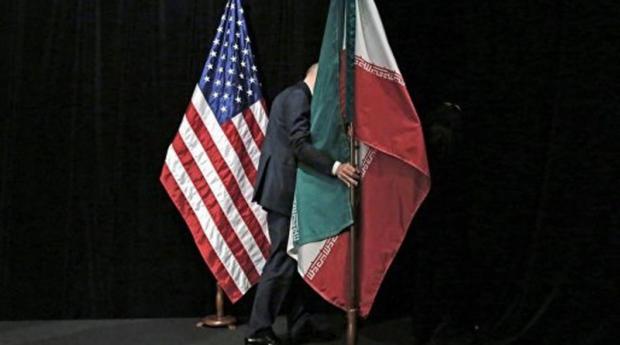 Claims of progress made when announced are greatly exaggerated.

Support by Biden regime hardliners for returning to the JCPOA is only if Iran accepts unacceptable demands, what's clearly rejected.

Since begun on April 6, no breakthroughs in Vienna talks were achieved.

Nothing less than lifting all illegally imposed sanctions imposed by Trump is acceptable to Tehran.

In stark contrast, Biden regime hardliners reject restoration of the JCPOA in its original form.

Continuing maximum pressure on Iran, they've done nothing so far to go another way, nothing to show diplomatic good faith — nothing to show they're a legitimate negotiating partner, even though operating in the wings during Vienna talks.

Last week, a member of Biden's geopolitical team said "(i)f Iran sticks to the position that every sanction that has been imposed since 2017 has to be lifted or there will be no deal, then we are heading towards an impasse."

The US reserves the right to impose new (illegal) sanctions at any time for any reason, he added.

The above position assures deadlock.

Iran justifiably demands that the US and E3 countries fully comply with Security Council Res. 2231 — affirming the JCPOA.

Its provisions are binding international and US constitutional law under its Supremacy Clause.

What Trump flagrantly breached, so did Biden after taking office — for continuing his maximum pressure.

Called "Strategic Action to Lift Sanctions and Protect the Nation's Rights," the law requires a step-by-step increase in Iran's legitimate nuclear activities as long as the US and E3 remain in noncompliance with their JCPOA obligations.

On Wednesday, Press TV updated information on refusal by Biden regime hardliners to lift all illegally imposed sanctions on Iran since 2016.

Maintaining them "will prevent Iran from benefiting from the economic privileges offered under the JCPOA," including with the world community of nations by breaching Article 29 of the landmark agreement, stating:

"The EU and its Member States and the United States, consistent with their respective laws, will refrain from any policy specifically intended to directly and adversely affect the normalization of trade and economic relations with Iran inconsistent with their commitments not to undermine the successful implementation of this JCPOA."

Since Trump unilaterally abandoned the agreement based on Big Lies, the US and E3 have remained in breach of their international law obligations.

Their illegal maximum pressure on Iran is all about waging war on the country and its people by other means.

In sharp contrast Iran continues to fulfill its JCPOA obligations.

The JCPOA was built on "mutual distrust," why its text is long and detailed, adding:

It can only work if its signatories fully observe its principles — what hasn't happened by Trump's pullout, the same policy followed by Biden so far and US colonized Britain, France and Germany.

When agreed on in 2015, the JCPOA was and likely remains "the best possible agreement on the nuclear issue."

"None of the participants were happy with all elements of the deal, but it addressed the major concerns of all," Zarif stressed, adding:

"It was negotiated by all with open eyes about what was possible and what was not. We did not neglect anything."

"We accepted the reality that we could not resolve all our differences in this deal and we agreed to leave them out."

"Paragraph 36 of JCPOA is a clear example that we negotiated this deal with the full understanding that we could not trust the commitment of the West."

"We are exercising that option within the deal right now, which can indeed prevent the deal from total collapse, which will be detrimental to the interest of all, including the United States."

Article 36 states that if actions by JCPOA signatories "constitute significant non- performance, then (Iran) could treat the unresolved issue as grounds to cease performing its commitments under this JCPOA in whole or in part and/or notify the UN Security Council that it believes the issue constitutes significant non-performance."

Article 26 states that if the US imposes new nuclear-related sanctions on Iran, it will constitute "grounds (for its authorities) to cease performing its commitments under this JCPOA in whole or in part" — its legal right under the deal.

Because the JCPOA is binding international law, all world community nations are bound to observe it.

Breaching it by the US and E3 was further proof that they can never be trusted — why negotiating with them in good faith is an act of futility, a waste of time and effort.

Steps Iran took in response to breaching of their obligations by the US and E3 fully comply with Articles 26 and 36.

If talks in Vienna fail to get the US and E3 to reverse their policy since Trump's pullout — what's most likely based on virtual deadlock so far on key issues — the JCPOA will dissolve.