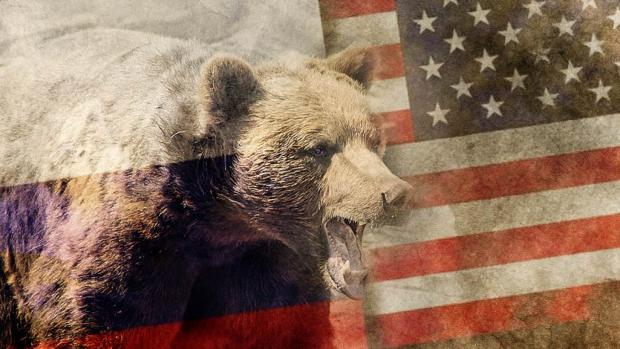 Biden regime's under secretary of state for political affairs Victoria Nuland is the department's third highest ranking official — after Blinken and his deputy Wendy Sherman.

They and numerous others hostile to world peace, stability, and the rule of law hardliners comprise Biden's warmaking team.

They follow in the footsteps of Obama/Biden's war on humanity and Murder, Inc. agenda — after usurping power by brazen election fraud.

The notion of democracy in America was fanciful from inception.

US governance has always been of, by, and for the privileged few alone at the expense of exploiting and abusing most others at home and abroad.

American exceptionalism and moral superiority were invented to conceal its diabolical drive for hegemony worldwide.

Nuland fits right in. Her disturbing resume should have automatically disqualified her for any public post, clearly not a sensitive one that lets her continue hostile to peace and stability actions.

She's held various public posts since the 1990s, earlier at the US embassy in Moscow.

A hardcore neocon and closet fascist, she's militantly hostile to all things Russia.

Earlier she directed an anti-Russia task force that targeted its neighboring states — while supporting an expanded hostile to peace and stability NATO.

Earlier and now, she "stand(s)" with fascist tyranny in Ukraine over democratic rule she deplores worldwide, especially in the US.

In 2020, she wrote a Foreign Affairs op-ed titled "Pinning Down Putin."

Defying reality, she falsely called democratic Russia under his leadership "an irredeemable pariah state (sic)" — what applies to the US, key NATO states and apartheid Israel, not Moscow.

She lied accusing Russia of "violat(ing) arms control treaties (sic), international law (sic), the sovereignty of its neighbors (sic), and the integrity of elections in the United States and Europe (sic)."

All of the above and much more apply to rogue state USA, not Russia or other nations free from Washington's imperial control.

No "Russia(n) threat" exists anywhere worldwide, no "aggressive behavior," no "cut(ting) off of (Russians) from the outside world" — in stark contrast to an unprecedented danger posed by hegemon USA to humanity, including by waging war on ordinary Americans.

Like other extremist US hardliners, Nuland is militantly hostile toward all nations unwilling to bend to the will of a higher power in Washington — especially democratic/nonbelligerent Russia.

Defiantly turning truth on its head, she falsely claimed that Putin "steadily (eroded) freedom of expression and assembly, political pluralism, judicial fairness, and an open economy (sic)" — polar opposite reality under his leadership.

The above is increasingly how hegemon USA operates at home and abroad — not Russia anywhere.

No Russian drive for "hegemony" exists, no "Russian aggression," no "irregular (cyber) warfare," no "seizure of Crimea (sic)."

According to Nuland's doublespeak, NATO's belligerence against invented enemies since the 1990s is "purely defensive (sic)."

She lied claiming that "Putin (considers) democratic, prosperous states around Russia…a direct challenge to his leadership (and) democratic aspirations" domestically that already exist.

Democracy in Russia is real — in stark contrast to Washington's fantasy version.

Along with likeminded extremists in the US and West, Nuland represents worst of neocon militancy against peace, stability, and governance of, by, and for everyone equitably according to the rule of law.

One of the ugliest of ugly Americans in Washington, her main focus as number three in State's hierarchy is waging war on Russia by other means — perhaps yearning for turning it hot.