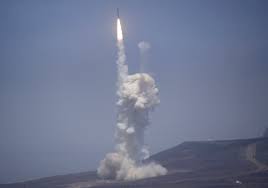 At a time when Washington's enemies are invented, not real, so-called US missile defense systems close to the borders of Russia, China, Iran and other countries are for offense.

The US began breaching the INF Treaty "in 1999 when it began trials of combat unmanned flying vehicles with specifications similar to those of ground-launched cruise missiles banned by the treaty," adding:

"That is a direct violation of the treaty."

"Such systems have already been deployed in Romania, are being prepared for deployment in Poland, as well as in Japan."

They're being produced in the US, Lavrov explained, adding:

"We did everything we could to save the treaty, considering its importance in terms of sustaining strategic stability in Europe, as well as globally."

It wasn't enough, further proof that the US can never be trusted and the threat it poses to world peace — time and again pledging one thing, then unilaterally going another way.

It's how Biden regime hardliners have been operating since usurping power by brazen election theft.

"When one party unilaterally withdrew from the treaty and said it was going to create an anti-nuclear umbrella, the other party has to either create a similar umbrella – the necessity of which we are not sure about considering its questionable efficiency – or create effective ways to overcome this anti-ballistic missile system and improve its strike capabilities," adding:

"(I)t's not us who have been speeding up the arms race."

Bush/Cheney, Obama and Trump's National Security Strategy (NSS) called for first-strike use of nuclear weapons against any adversary, nuclear armed or not.

When issued, Biden's NSS is likely to stress the same thing — perhaps in hardened form.

Under both right wings of the US war party, Washington's brave nuke world belligerence poses an unprecedented threat to everyone everywhere.

After unilaterally abandoning the ABM Treaty in 2002, US ruling regimes "significantly expanded the development of mobile and stationary anti-missile weapons and started a large-scale deployment of those weapons in various regions of the world, integrating them into the US global missile defense system," adding:

"Projects are rapidly unfolding to develop marine vessels, which regularly appear near the Russian coast."

"The US is also implementing plans to develop…anti-missile strike weapons in space in the future" — to preemptively strike invented enemies while "protecting itself from retaliatory actions."

The US spends countless trillions of dollars on weapons of war for preemptively striking nonbelligerent invented enemies threatening no one.

Its aim is "absolute dominance in the military sphere" for warmaking, not defense.

Russia seeks to "ensure a conflict-free coexistence by maintaining the balance of power and strategic stability," Zakharova stressed.

While Biden regime hardliners haven't so far publicly addressed all things related to militarism, national defense and arms proliferation, they'll most likely push the envelope recklessly in the wrong direction based on their hostile actions against Russia and China so far.

While Moscow seeks constructive dialogue and mutual cooperation with the US and other nations, dominant hardliners in Washington reject what conflicts with their aim for unchallenged control of other nations, their resources and populations.

It's a prescription for endless wars by hot and other means against invented enemies.

It risks destruction of planet earth because of Washington's megalomaniacal aim to own it.