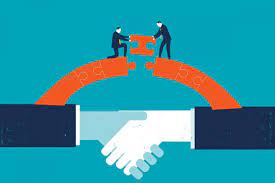 Both right wings of the US war party prioritize confrontation over engaging cooperatively with nations free from their control.

Transforming them into client states has always been US policy throughout the post-WW II period — wars by hot and/or other means its favored strategies, peace and stability considered a threat to its drive for global hegemony.

Since replacing Trump in January illegitimately, its hardliners escalated war on China and Russia by other means — while pretending to want the landmark JCPOA nuclear deal preserved their hardliners reject by continuing unrelenting maximum pressure on Iran.

Ongoing at varying levels of intensity since April 2014 — since Obama/Biden replaced democracy in Ukraine with US-controlled fascist tyranny — Biden regime hardliners intend no change in a perpetual state of hot war along Russia's border.

Prospects for conflict resolution are virtually nil because peace and stability along Ukraine's border with Russia conflicts with US imperial aims, as well as elsewhere worldwide.

Adopted in September 2014 and February 2015 respectively, Minsk I and II conflict resolution agreements were DOA.

Peace talks were "already blocked by Kiev's obstinate sabotage of the Minsk agreements the way they were formalized."

Looking ahead, "we can hardly expect any progress whatsoever in settling the conflict in Donbass" — because dominant US hardliners reject resolution she failed to add.

For Russia and other nations supporting peace over endless war in Europe's heartland, there's "no alternative" to Minsk, Zakharova stressed.

In stark contrast, the US and its Western client states pretend that no alternative to Minsk exists while supporting endless Kiev aggression on Donbass.

It's where things may be heading because Zelensky is "tying (things) into knots" to formally unravel Minsk, said Lavrov — claiming agreed on protocols are "no longer good for" Kiev.

"We ask the West, how do you assess that," Lavrov asked?

"They cast their eyes down in shame and cannot say anything."

It's "a disgrace when an international legal document is being twisted like that, and the West, which co-authored the document and backed it in the UN Security Council" favors its dissolution while pretending otherwise.

Britain and Brussels march in lockstep with Washington's drive for hegemony.

Defying the EU's official position on Minsk in cahoots with the US, its foreign affairs spokesman Peter Stano falsely said the following:

"The implementation of the Minsk agreements in the framework of the Normandy format has unanimous EU support (sic)."

"We will continue supporting the parties' endeavors in this regard (sic)" — ignoring endless Kiev war on Donbass since April 2014 as orchestrated and ordered by its US imperial master.

In June 2014 — around 100 days after Obama/Biden transformed democratic Ukraine into a fascist police state — the so-called Normandy Quartet was established,

Including leaders of Russia, France, Germany and Ukraine to discuss conflict resolution between Kiev and Donbass, nothing was accomplished to achieve this aim because the US wants a permanent state of war along Russia's border.

The US-dominated West interferes in the internal affairs of regional countries to spark "color revolutions" in independent nations to transform them into client states.

Russia strongly opposes what's going on — knowing it's on Washington's target list for regime change, along with China, Iran and other nations free from its hegemonic control.