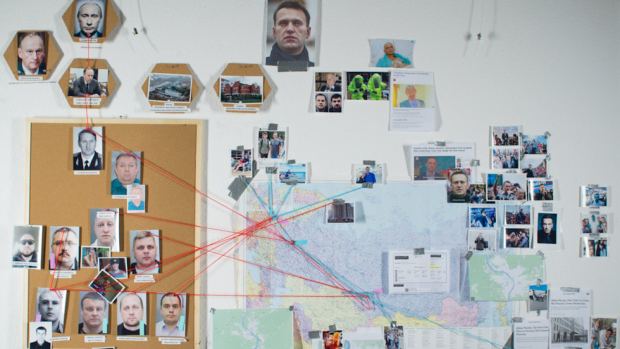 Nothing he says about all issues can be taken at face value.

No such attempt was made, no evidence suggesting otherwise.

She accused the ECHR of denying Russia access to documents pertaining to Navalny's health when treated in Berlin last year for what Russian doctors diagnosed as a metabolic disorder, saying:

The ECHR "is engaged in making these inhumane decisions, therefore, taking the heat off members belonging to the relevant agencies of Western countries who can do whatever they like because they will later be shielded by these decisions allegedly lying in the domain of human rights."

"Any attempts to request information from (the duplicitous West) about what was truly found in Navalny's tests — when treated in Germany — and what they are referring to are being blocked."

Tests clearly showed no evidence of novichok nerve agent poisoning as falsely claimed by the West and its press agent media.

Exposure to a minute amount assures death in minutes.

Navalny is alive, imprisoned for lawbreaking, and doing OK health-wise — despite his politicized hunger strike since March 31.

Price compounded his above Big Lie, falsely claiming Russian prison authorities are trying to eliminate Navalny in their custody, adding:

The Biden regime "will not hesitate to use additional policy tools should that be in our interest and in the interest of human rights in Russia in the context of Mr. Navalny going forward (sic)."

On all things related to human rights at home and abroad, the US is the world's leading abuser by far.

On this and other major domestic and geopolitical issues, Biden regime hardliners continue and in some respects exceed the viciousness of their predecessors.

They consistently blame other nations for their own high crimes — along with breaching the UN Charter and other international law by illegally meddling in the internal affairs of other countries.

Threatening Moscow over how it deals with lawbreakers is one of many examples of US imperial arrogance.

They'll "be consequences if something (happens to him) while in (Russia's) custody."

Ignoring his stolen wealth, covertly and overtly operating as an unregistered US/Western foreign agent, and guilt of sedition against his homeland, the Times falsely claimed he's being "hounded (for) expos(ing) corruption and venality (sic).

Neocon WaPo editors recited their own litany of bald-faced Big Lies about political nobody Navalny.

Ignoring his criminality, they falsely claimed he "should not be in prison at all (sic)."

Sentenced to 2.8 years when much stiffer punishment was warranted, he got off much too easily.

They lied saying he "revealed the existence of (Putin's) Versailles-scale palace on the Black Sea" — that doesn't exist.

Claiming Navalny's life is in danger and other fabrications about him is part of providing press agent services for US Russophobic dark forces.

On Tuesday, RT reported the following about Navalny's health:

"(T)here are no serious concerns over his treatment."

On Tuesday, he "was visited by civilian doctors, four doctors who examined his state of health."

He's "receiving all the care that he needs according to the doctors' opinion."

"I have found no serious concerns in this analysis on the part of the authorities."

Claims by the State Department, NYT, WaPo, and other establishment media that his life is in danger for lack of medical treatment and related accusations are Russia bashing bald-faced Big Lies.

Closely monitored medically, he's stable in no danger of perishing from lack of needed treatment.

On Monday, Russia's Penitentiary Service said his health is stable and "satisfactory."

Time and again, US officials, their Western counterparts, and press agent media prove they can never be trusted.

Big Lies and mass deception substitute for journalism as it should be — what they long ago abandoned.