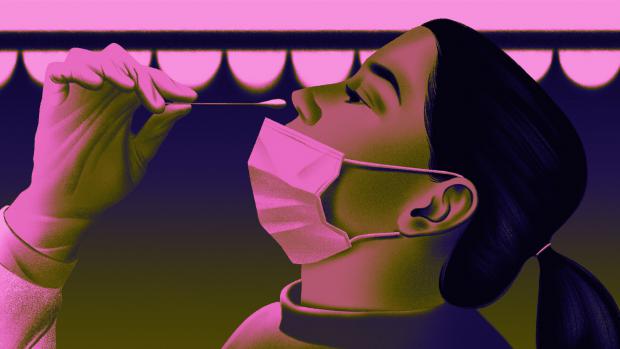 Dr. Michael Yeadon is worlds apart from other former or current Pharma officials.

When positive, they're almost always wrong, he explained.

Separately, he said there's "absolutely no need for" covid mass-jabbing.

"You (don't jab) people who aren't at risk from a disease."

"You also don't (jab) millions of fit and healthy people with (drugs not) extensively tested on human subjects."

They should be suspended until a proper study is designed to address numerous safety concerns about rushed development of experimental covid drugs, they said.

At the time, Yeadon explained that there's no indication whether "antibodies against spike proteins of SARS viruses would also act like anti-Syncytin-1 antibodies."

"If this is so, it would prevent the formation of a placenta."

He called the craze to mass-jab for covid "palpable nonsense."

"I have absolutely no doubt that we are in the presence of evil" because of mass-jabbing with "dangerous" drugs.

That's "not a determination I've ever made before in a 40-year research career."

Even if "legitimate" — that's very much not so — "protection is needed only by those at notably elevated risk of death from" a viral infection.

"But all the other people, those in good health and younger than 60 years, perhaps a little older, they don't perish from the virus."

It's "unethical (and arguably criminal) to administer something novel and for which the potential for unwanted effects after a few months is completely uncharacterized."

"In no other era would" what's going on now have been permitted.

"There is no medical rationale for it."

The human toll will likely mount exponentially as millions more people are jabbed, re-jabbed, and receive annual or semi-annual booster jabs of toxins that don't protect and risk serious near-or-longer-term harm to health.

On Sunday, Yeadon again spoke out about the hazards to health from covid mass-jabbing.

Repeating earlier warnings, he stressed that individuals aged-60 or younger have near zero risk of being harmed by covid — seasonal flu until renamed early last year, adding:

Everyone jabbed with high-risk, experimental covid drugs are greatly at risk of harm to their health straightaway or later on.

He's especially furious about the madness of jabbing children and pregnant women, saying:

"What kind of unethical monster does that?"

Rushed development of new experimental drugs for covid "variants…keeps him up at night," he stressed, explaining:

"The variants are what some people call scary-iants,' that they're being used as a psychological operation, and I think there is something in that."

"I sarcastically call them the 'staymiants' – because they're really the same."

"All of the variants are so similar to the original, there's no chance what-so-ever that your body will see them as anything new."

"So with that as a back drop, isn't it scary that politicians keep telling us about variants, and how we need to close borders and stop them moving around the world."

"And don't worry, because we are going to make modified vaccines that will address these new variants."

"And some of the pharmaceutical companies are actually now developing 'top-up' or variant vaccines."

"Variants are so similar to the original (strain). It is not just implausible."

"It is impossible (that) we would need new" experimental drugs for mass-jabbing.

"I am quite furious because I have this open question. What is in these bottles of 'variant vaccines?' "

"The world's regulators have said they are so similar to (mass-jabbing drugs) already being used, but they are forgetting to tell us that they are only emergency use authorized anyway."

It's at a when no emergency exists, an invented one alone to fear-monger people to be jabbed with experimental covid drugs that are hazardous to health when taken as directed.

But the regulators have said "we don't need any clinical safety testing done on these variants."

Pharma giants are "mak(ing) whatever the hell they want, put(ting) it in a vial, (and convincing people to) be injected with" who knows what.

Yeadon's punchline is the following, what he warned about before, saying again on Sunday:

"My significant fear is (that) if somebody wanted to arrange a situation where mass depopulation could be accomplished, this would probably be a perfect way of doing it."

He stressed that he has "no doubt that we are in the presence of evil."

Thousands of medical professionals and scientists worldwide are warning against being jabbed for covid with experimental, inadequately tested, fast-tracked to market, high-risk to health drugs.

Operating as press agents for Western governments and Pharma, establishment media suppress what's vital for everyone to know.

Planned long before 2020, what's gone on since early last year is I call the mother of all scams.