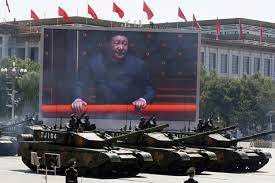 Nothing remotely justifies jabbing anyone for seasonal flu-renamed covid — especially not with experimental, hazardous, unapproved drugs.

These drugs also increase the likelihood of contracting the disease they're supposed to protect against.

Taking them is entirely high-risk with no reward.

Their modus operandi is fear-mongering mass deception — the above dark forces working in cahoots with each other to harm public health, not protect and preserve it as falsely claimed.

The lying machine NYT is pushing mandatory mass-jabbing for healthcare personnel and students returning to classrooms, including ones too young to understand what's going on.

The broadsheet also wants mass-jabbing mandated for employment, prison guards, police, firefighters, teachers, and others coming in contact with significant numbers of other people.

In normal times, that's most everyone.

In response to increasing flu now called covid outbreaks in states where a large percent of the population was jabbed, the Times falsely blamed a new strain for what's going on.

The infectiousness of these strains are much the same.

Claiming the arrival of new ones more virulent than others is part of mass deception fear-mongering to push more unsuspecting people to be jabbed with what risks possible irreversible harm and no protection.

It's already been responsible for more mass casualties than most wars of aggression.

If continues unchecked ad infinitum, ordinary people in the West and elsewhere will likely be harmed more grievously and permanently than any combination of major diseases or wars.

As it's done since early last year, the Times falsely claimed that mass-jabbing for covid is the best way "to turn the tide and quell" outbreaks — without explaining that their numbers in 2020 and so far this year are no different than in most previous years.

Falsely claiming otherwise is part of the fear-mongering mass deception campaign that effectively brainwashed most people to believe what's polar opposite reality.

Mandating covid mass jabbing for any segment of the US population will flagrantly breach federal law, the Nuremberg Code requiring consent on matters relating to health and Hippocratic Oath for doctors to do no harm.

What's experimental in the US can't be legally mandated.

Defying science, the Times falsely claimed that mass-jabbing with experimental, unapproved covid drugs "have proved safe and are important not only for their health, but for the health of those they deal with in their jobs (sic)."

The above claim is a bald-faced Big Lie, typical of Times mass deception on most all important domestic and geopolitical issues.

Reality is polar opposite its turning reality on its head.

In cahoots with US dark forces and Pharma, the Times and other establishment media aim to brainwash as many people as possible to self-inflict harm.

Protecting and preserving well-being requires following a healthy lifestyle, along with ignoring media proliferated propaganda about all things covid.