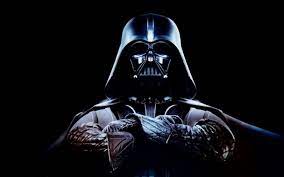 A previous article explained that Fair Harvard is the university's alma mater.

Reverend Samuel Gilman (class of 1811) wrote it for the university's 200th anniversary.

Serving interests of US dark forces, my alma mater is part of the diabolical problem, not the solution to Washington's war on humanity by hot and/or other means at home and abroad.

On its Seal and student rings, VERITAS is Harvard's motto — in name far removed from reality.

It maintains silence about Obama/Biden's 2014 coup.

Harvard's Davis Center called the coup a transformational event that "mark(ed) the beginning of a new political era in Ukraine"— ignoring the reality of what happened and its aftermath.

Separately on Monday, dean of Harvard's School of Public Health, epidemiologist Michelle Williams, repeated fake news talking points about what I call the mother of all scams — VERITAS omitted from her remarks, saying the following:

Ignoring seasonal flu-renamed covid, she falsely claimed what shows up annually like clockwork "brought us all to our knees (sic)" since early last year.

She failed to explain that dark forces in the US and West launched and continue war on public health, not the other way around.

Covid is a colossal hoax. Heavily promoted — hazardous to health — experimental drugs for treatment are bioweapons.

Ignoring the above and related issues, Williams defied reality by saying:

"You've got to give the Biden (regime) big credit for (mass-jabbing) upwards of 4 million people a day…really impressive (sic)."

"We've got to outrun the spread of these variants (sic)."

"We've been behind on surveillance and identification of the variants (sic)."

"You also don't (jab) millions of fit and healthy people with (drugs not) extensively tested on human subjects."

"There is no medical rationale for" for what's going on.

"I sarcastically call them the 'staymiants' – because they're really the same."

"All of the variants are so similar to the original, there's no chance what-so-ever that your body will see them as anything new."

Yet dean of Harvard's School of Public Health Williams suppressed what she should of stressed.

She supports use of PCR tests not designed to diagnose viral infections so they're worthless.

She opposes restoration of normality in public as existed pre-2020.

She backs mass-jabbing with experimental, hazardous covid drugs that risk contraction of the disease they're supposed to protect against, but don't.

Unless jabbed for covid, you "don't throw open the doors and celebrate like we've got this completely under control, because we don't," she deceptively claimed, adding:

"Keep wearing masks" — that don't protect and risk harm from longterm use, including possible lung cancer.

It's vital for people to interface with each other, not isolate themselves or limit contacts with others.

Numbers of viral infections, hospitalizations, and deaths in the US since early 2020 are much the same as in earlier years.

Calling herself "a lifetime teacher," Williams "teaches" pseudo-science, not the real thing on seasonal flu-renamed covid and perhaps other issues related to public health.

What's been mandated and otherwise promoted since early last year has been and continues to be destructive of public health, not the other way around.

Along with dark forces in Washington, other Western capitals, Pharma, and their media press agents, Williams and Fair Harvard support state-sponsored horrors inflicted on ordinary people instead of taking a stand against them.

Harvard and graduate school taught me to think.

I did real learning on my own — outside of classrooms and required reading.