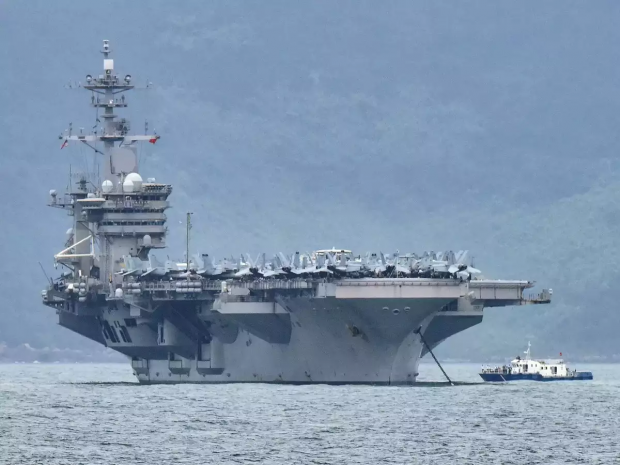 On all things China, Biden regime hardliners continue US hostility initiated by Trump and Pompeo.

Pursuing a similar policy toward Russia, they risk turning things hot by accident or design.

Their unacceptable actions are further proof of the unparalleled menace posed by the US on the world stage.

If global war again erupts, it'll be made in the USA.

Washington "consider(s) all contact guidelines (on its relations with Taiwan) null and void."

The Trump regime's unilateral breach of what stood the test of time since 1979 was replaced by virtual recognition of Taiwan as a sovereign state.

"The actions of the US side seriously violate the one-China principle and the three China-US joint communiques. China firmly opposes it."

"Taiwan is an inalienable part of Chinese territory, and the government of the People's Republic of China is the sole legal government representing China."

"This is a fact recognized by the international community."

"China firmly opposes any form of official ties between the United States and the Taiwan region."

"This position is consistent and clear."

In 1979, the US Taiwan Relations Act terminated its ties to Taiwan's ruling authorities.

Beijing knows that US ruling authorities can never be trusted to stick with their commitments.

If confrontation occurs between China and Taiwan — and Washington intervenes militarily to aid the breakaway province — the risk of war between both countries will be ominously high.

Beijing "won't be found lacking in either will or capacity to defend its sovereignty and territorial integrity."

Provocative US actions like the above occur with disturbing regularity.

They have nothing to do with what the Pentagon calls freedom of navigation — everything to do with provocatively operating in a part of the world where its military doesn't belong.

It's unclear if it treats waters near its territory by a similar standard.

Attacking PLA warplanes or vessels would be a major provocation, risking harsh retaliation.

The list includes "businesses, research institutions, government and private organizations, individuals, and other types of legal persons — that are subject to specific license requirements for the export, reexport and/or transfer (in-country) of specified items."

Commerce Secretary Gina Raimondo added that the "department…will use the full extent of its authorities to prevent China from leveraging US technologies to support these destabilizing military modernization efforts (sic)."

Last year, former US diplomat Charles Freeman said unacceptable US actions toward Beijing "ensure(d) that virtually no one on the China mainland believes a purely peaceful resolution is still feasible," adding:

"It's been a long time since the danger of war over Taiwan has been as great as it is now."