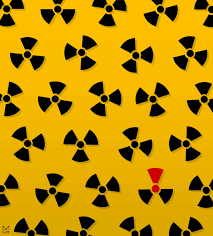 Biden regime hardliners are recklessly pushing the envelope for war in Europe's heartland along Russia's border.

On Monday, Sergey Lavrov slammed what he called "Washington's persistent unwillingness to abandon its flawed course towards" unattainable global dominance.

"Our first objective is to prevent the re-emergence of a new rival, either on the territory of the former Soviet Union or elsewhere, that poses a threat on the order of that posed formerly by the Soviet Union."

"This is a dominant consideration underlying the new regional defense strategy and requires that we endeavor to prevent any hostile power from dominating a region whose resources would, under consolidated control, be sufficient to generate global power."

His doctrine was a declaration of endless wars by hot and/or other means against nonbelligerent nations free from US control.

Preemptive 1991 war on Iraq was prelude for 30 years of US wars on humanity.

The 9/11 mother of all false flags opened the gates of hell for perpetuating them endlessly against invented enemies.

They're all about seeking to advance Washington's megalomaniacal rage to control planet earth, its resources and populations.

Lavrov stressed that "(t)oday, it is obvious to everyone that such a policy is entirely counterproductive, particularly given that the objective process of shaping a fairer, more democratic and therefore more sustainable multipolar world order is gaining momentum right before our eyes," adding:

"(S)upported by its European allies," the Biden regime is pursuing "aggressive steps aimed at destroying the UN-centered international legal architecture and substituting it with the so-called 'rule-based order.' "

The US dominated West is relentlessly pressuring the world community of nations to bend to its will.

Tactics include endless wars by hot and other means, other extrajudicial actions, and media supported propaganda.

Lavrov called what's going on "a relapse into neo-colonial thinking in foreign policy."

It "implies, among other things, dividing the world into the 'chosen' countries and all the rest."

"While the former are offered an a priori pardon for any actions, the latter must (obey their imperial master in) Washington."

"This is, of course, unacceptable for Russia" and other countries free from US hegemonic control.

"We are asked what Russia is doing on the border with Ukraine."

"The answer is very simple. We live here. This is our country."

In stark contrast, US forces operate near Russia's borders where they don't belong.

Russia poses no threat to Ukraine or any other countries.

It's "one of guarantors of the peace agreements and has never carried out aggression against Ukraine."

Today they're heavily deployed along the line of contact with Donbass "where they must not be in accordance with…Minsk," Parinov stressed.

Last week, Kremlin spokesman Dmitry Peskov stressed that if "full-scale hostilities resume near (Russia's) borders, this will pose (an unacceptable) threat to the security of the" nation.

Moscow will respond appropriately to deal with hostile events as they unfold, its legitimate UN Charter right of self-defense.

On Tuesday, Ukraine/NATO Commission officials will meet to discuss a Biden regime created emergency along Russia's border with Donbass.

"Is Russia Preparing to Go to War in Ukraine (sic)?"

Among world community nations, Russia stands out as a preeminent supporter of peace, stability, cooperative relations with other countries, confrontation with none, and compliance with international law.

The relevant question unasked by FP is whether Biden regime hardliners intend embroiling Europe's heartland in full-scale war along Russia's border that could be prelude to WW III.

They're "deeply concerned by the large ongoing build-up of Russian military forces on Ukraine's borders and in illegally-annexed Crimea (sic)."

Fact: Unlike globally deployed US forces where they don't belong for preemptive wars on invented enemies and other hostile actions, Russian troops are in their own territory where they DO belong.

What's clear to the world community of nations is ignored by the US-dominated West and complicit partnered states.

Russian forces in their own territory represent NO "threatening and destabilizing activities" — polar opposite how US-dominated NATO, Israel, and their imperial partners operate.

Escalated tensions and risk of full-scale war in Europe's heartland were made-in-the-USA, not Moscow.

Biden regime hardliners and their complicit imperial partners "reaffirmed unwavering support" for Nazi-infested tyrannical rule by Ukraine's illegitimately installed regime by the US.

That's where things are heading if hotheads in Washington keep pushing the envelope too far.