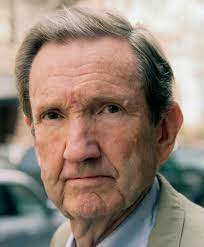 Another giant passed from the scene on Friday — a loss to freedom-loving people everywhere.

His father Tom Clark was a former attorney general and Supreme Court justice.

After initially practicing corporate law, he "tired of fighting over other people's money," he said.

He went another way during JFK's tenure, in 1961 becoming the DOJ's Assistant Attorney General for Lands.

Lyndon Johnson appointed him attorney general in 1966 — his time in public office during the 1960s changing his life, he said.

A sharp critic of US mass imprisonment, he notably once said:

"Our jails are filled with saints" — individuals imprisoned for political reasons, not criminality.

Many others are behind bars for misdemeanors too minor to matter, warranting no more than a warning or small fine.

The US gulag prison system is a machine for the "manufactur(ing) of crime" and unjust punishment.

Clark called for overhauling it in favor of rehabilitation over locking people in cages.

After leaving government service, he became a professor of law and was active in the anti-Vietnam war movement.

He worked with Coretta Scott King to establish a national holiday in honor of her assassinated husband MLK.

He visited US war theaters to witness the ravages of US aggression firsthand — in North Vietnam and 1991 aftermath of Operation Desert Storm in Iraq.

After Bush/Cheney's 2003 aggression in Iraq and capture of Saddam Hussein, he joined his defense team — trying but failing to achieve judicial fairness, according to US constitutional law, the International Covenant on Civil and Political Rights (ICCPR) and Geneva Accords.

In response to critics, he said: "Democracy is not a spectator sport."

For real democracy to work — polar opposite America's fantasy version — people have to participate and demand accountability for government wrongdoing.

He devoted most of his 93 years to seeking peace, equity and justice — what's sorely lacking in the US, West and elsewhere.

In 1992, he founded the International Action Center (IAC) — an activist organization against US militarism and warmaking, corporate predation, human exploitation, racism, and other forms of repression, along with championing social justice.

Calling itself "anti-capitalist and anti-imperialist," its goal is "liberat(ing) all peoples in the US and around the world," adding:

"We strive to end human suffering caused by living under a system that puts profit before people's needs."

"The multi-national corporations and banks based in the US, Europe and Japan extract resources and debt payments from the rest of the world."

"The Pentagon and CIA protect their wholesale plunder."

"The best way to fight US imperialism abroad is to stand in full solidarity with" ordinary people at home and worldwide.

IAC in solidarity with likeminded activist groups for peace and beneficial social change support the rights of exploited people at home and abroad.

Clark once said the following:

"US foreign policy is the greatest crime since WW II."

"American aggression had already created incalculable levels of misery for the world."

"The poor of the planet are made poorer, dominated and exploited by the foreign policies of the US and its rich allies."

"The US invasion(s) of Iraq" (in 1991 and 2003), as well as many other countries were and continue to be "war(s) of aggression…the supreme international crime (according to) the Nuremberg Judgment."

Washington's "overriding purpose, from the beginning right through to the present day, has been world domination."

It aims "to build and maintain the capacity to coerce everybody else on the planet: nonviolently, if possible; and violently, if necessary."

"But the purpose of (US) foreign policy of domination is not just to make the rest of the world jump through hoops."

Its "purpose is to facilitate (US)" plunder of world resources.

"The tragedy of our time is that we celebrate the power of violence and not the pity of it."

"(I)nsofar as any people or states get in the way of our domination, they must be eliminated or, at the very least, shown the error of their ways."

He's a recipient of the Gandhi Peace Award and Peace Abbey Courage of Conscience Award.

His father Tom Clark, a Supreme Court justice at the time, swore him in as attorney general in 1966 — then resigned from the High Court to avoid a possible conflict of interest.

Virtually no one of Clark's stature holds high office in the US and West today.

The same holds for Marshall on the Supreme Court.

They both dedicated their public and private lives for peace, equity, justice, a free and open society according to the rule of law, and equal rights for all.

Sorely missed, their spirit inspires others to continue their work.

At the most perilous time in world history, it's more important now than ever.