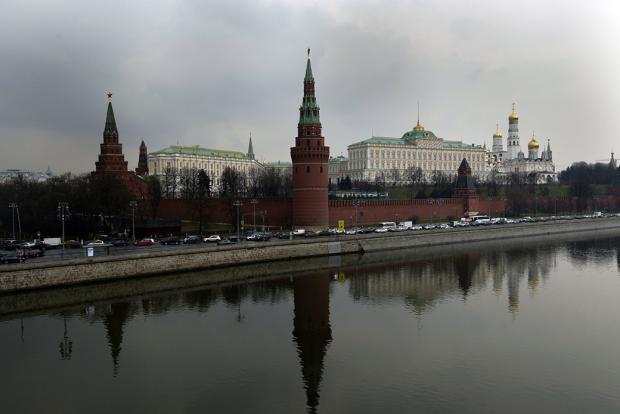 Escalating US War on Russia by Other Means

Bilateral relations are in tatters.

There's virtually no chance of improving things because US policymakers reject normalized relations with nations free from their control.

Yet Vladimir Putin sticks to the myth of trying to improve what's beyond fixing.

Saying "it makes sense to have a talk to maintain Russia-US relations instead of trading barbs" ignored rejection in Washington of pursuing improved ties.

Putin adding that "a lot of honest and decent people in the US want to have peace and friendship with Russia" ignored that none hold high office.

US policymakers across the board want independent nations like Russia, China and Iran transformed into pro-Western vassal states.

Good faith diplomatic outreach to the US isn't reciprocated.

"It would be stupid to treat the West badly."

"The West has technology, and we lag behind them in many respects."

"They have a rich culture, and we share in it. We also have the highest level of culture. You can't help but love it."

Separately he said: "A deliberate policy to contain and keep Russia down is being pursued" by the US.

"It is absolutely constant and visible to the naked eye."

"I'm looking into your eyes. I don't think you have a soul."

Then last month, he called Putin a killer.

It's unclear if he ever met Putin face-to-face.

He falsely claimed to have met Leonid Brezhnev during a Soviet-era visit to Moscow. They never met.

Putin and other Russian officials know that hegemons don't negotiate.

They demand, wanting things their way, offering nothing in return but hollow promises to be broken.

Russia's only option is to break from the US and its European colonies.

Engaging with them diplomatically, or trying to, is an act of self-deception, achieving nothing positive virtually always.

According to Carnegie Moscow Center director Dmitry Trenin, Russia/US relations are bitterly strained with no prospect of improving things, adding:

"The most important thing in relations with the US for a foreseeable perspective is to avoid an inadvertent military conflict."

"It's necessary to prevent possible incidents between the armed forces of Russia, the US and its allies, their aircraft and ships, or if they still happen, settle them immediately."

Commenting on the dismal state of bilateral relations, Russian Defense Ministry advisor Andrey Ilnitsky said war between both countries is highly unlikely because of the ability of both nations to smash each other, adding:

"This led led to the emergence of a new type of war."

"(T)he goal of (hot) wars (is) to destroy the enemy's manpower" and ability to keep fighting.

In waging "cyber wars, (it's) about destroying the enemy's infrastructure."

A new type of warfare emerged, he said.

Its "goal is to destroy self-consciousness, changing the mental – civilizational – basis of the enemy's society. I would call this a mental war."

Consequences of this type of war appear gradually over time, he said.

"After a generation" of this type assault…it is impossible" to undo the damage.

Commenting earlier on the dismal state of Russian relations with the West, Sergey Lavrov said "we remain open to dialogue," adding:

Of course, (it's) on the understanding that they will give up on telling us what to do, along with their blackmail and ultimatum policies."

Putin, Lavrov, and other Russian officials know that US-dominated Western countries operate by their own rules exclusively.

Nations free from Washington's control are targeted for regime change.

While hot war by the US on China, Russia and/or Iran is highly unlikely — because of the ability of these nations to hit back hard against aggressors — the unthinkable remains possible.

The US tolerates no nations free from its control, wanting them transformed into pro-Western vassal states by whatever it takes to achieve its aims.

Long war by its ruling regimes goes on endlessly.

What's waged by other means on China, Russia and Iran could turn hot one day by accident or design.

The notion of US peaceful coexistence with these and other independent nations is off the table.

There's virtually nothing their ruling authorities can do to foster improved relations to overcome US rage to dominate them.

That's how the scourge of US imperialism operates.

The best of intentions by China, Russia, Iran, and other independent nations won't change a thing in Washington.