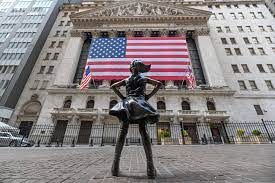 The Myth of US Economic Recovery

They consistently feature state-approved propaganda over journalism as it should be they long ago abandoned.

Since last year's made-in-the-USA economic collapse, Main Street America has been mired in protracted Depression more severe that during the 1930s.

Despite over 900,000 jobs created in March, over one-fourth of working-age Americans remain unemployed — a figure greater than peak unemployment during the 1930s Great Depression. More on this below.

"The American job market roared back to life in March (sic).

"(T)he rebound should only get stronger from here (sic)."

According to a fake news Washington Post report, "the economy is (finally) cooking with gas (sic)," adding:

"The job market seems to be well on its way to recovery (sic)."

"The best stimulus has turned out to be the shots in the arm (sic)."

Left unexplained by the Journal and other establishment media is the enormous harm inflicted on millions of Americans and countless others abroad from mass-jabbing with hazardous, unapproved experimental drugs that don't protect as falsely claimed.

The latest CDC report — for the mid-December through March 26 period — reported nearly 51,000 adverse events and over 2,200 deaths from covid jabs.

These weekly reported numbers are a minuscule snapshot of an infinitely greater toll on health by widespread use of hazardous drugs on unsuspecting millions of people.

A human health catastrophe is happening in real time that will get far worse ahead as jabbing, re-jabbing, and booster jabbing continues ahead — endlessly.

Instead of sounding the alarm about what's going on, establishment media support it by a relentless campaign of Big Lies and mass deception.

Things are highly likely to worsen ahead, not improve — including by a diabolical plot to eliminate already eroded speech, media, academic and other freedoms in the US and West, free and open societies on the chopping block for elimination.

Economist John Williams reengineers US economic data based on how accurately calculated pre-1990.

His latest report explained another spike in inflation as economic activity "plung(ed)."

He stressed that there's "no indication of imminent economic recovery."

According to Williams, "US economic collapse continues in a hardening protracted L-shaped non-recovery."

"Severe systemic structural damage…will forestall (a) meaningful rebound into 2022 or beyond."

Real unemployment is 25.7% — not the phony low-ball Labor Department number.

The US jobs market is mired "deep in non-recovery territory," Williams stressed.

Millions are food insecure, unsure of where their next meal is coming from or what they can afford to eat.

Most all of the above goes unreported by establishment media.

US media reported economic improvement bypassed Main Street at a time when the nation's privileged class never had things better.

The dismal state of Main Street America is largely ignored.

So is the daily struggle of millions of Americans to get by because of indifference by its ruling class.

1 Comments in Response to The Myth of US Economic Recovery

The US recovery (or not) is a mindset thing. Government and the medical have shown us that they are willing to use fear tactics to make it look like they have a leg to stand on with Covid. There is great opportunity, here, for the visionary entrepreneur. In what Way? Make your business a Private Membership Association (PMA) - members only. Keep vaccinated people out of your PMA, and for sure, people who wear masks and socially distance. They are not acceptable for membership, because those are requirements for membership. Invite farmers, industrial companies, and all kinds of business into your membership. Avoid gov regs this way. Seventy strong SCOTUS cases back you, and the 1st and 4th (and really, the 9th) Amendments back you. People of freedom will join.