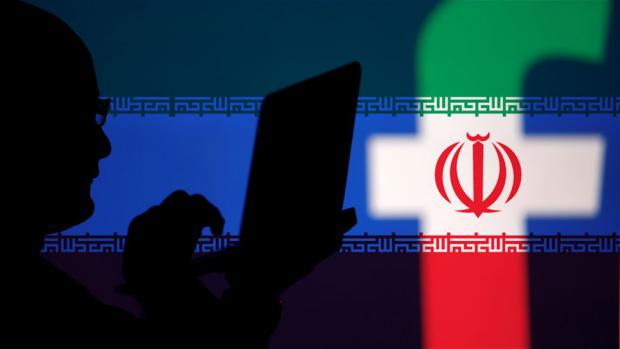 Iran has been in Washington's crosshairs since its 1979 liberating revolution — regaining its sovereignty after ending a generation of US installed fascist tyranny.

The prospect of improved bilateral relations after selected, not elected, Biden replaced Trump is virtually nil.

The same goes for preserving the landmark JCPOA nuclear deal as affirmed by Security Council Res. 2231.

Trump's pullout in May 2018 killed it because E 3 countries Britain, France and Germany allied with his anti-Iran agenda.

Inventing his own reality, former neocon CIA director James Woolsey once claimed that Washington interferes in the internal affairs of other nations "for a very good cause (sic)."

He left unexplained that this is how the scourge of US imperialism operates, an unparalleled threat to humanity at home and abroad.

For over 42 years, US war on Iran by other means raged, continuing without letup by Biden regime hardliners.

Woolsey is back with a fake news claim that "Iran probably already has the bomb (sic)."

Like always when fake news like the above circulates, no evidence accompanies it because there is none.

Inventing his own reality again, Woolsey falsely claimed that US "policymakers are being misled by the intelligence and defense communities that are grossly underestimating the nuclear threat from Iran (sic)," adding:

Trump "canceled the JCPOA for legitimate reasons (sic), but Biden... pledged to revive it."

As for Biden rejoining the JCPOA, his actions since replacing Trump tell a different story.

Nonsense about an Iranian nuclear threat has been around for years — Netanyahu notably crying wolf time and again while ignoring his regime's stockpiles of nuclear, chemical, biological and other banned terror weapons.

During a 2012 UN General Assembly address, his cartoon bomb presentation on Iran bombed.

Timed with Trump's May 2018 JCPOA pullout, he falsely claimed that Israel has thousands of incriminating documents, charts, presentations, photos and videos, showing Tehran lied for years to the international community (sic).

Citing no credible evidence because none exists, he lied claiming Iran has a secret nuclear weapons program called Project Amad – to "design, produce and test 5 warheads, each of 10 kilotons TNT yield for integration on a missile (sic)."

No such program exists, no documents or other evidence suggesting it.

Unlike the US, NATO, Israel and their imperial partners in high crimes of war and against humanity, Iran is the region's leading proponent of peace, stability and cooperative relations with other countries.

It hasn't attacked another country in centuries, threatening none except in self-defense against an aggressor, its legitimate UN Charter right.

No Iranian bomb exists, no short-or-longer-term breakout time to developing them. No evidence suggests it.

Nor does the Islamic Republic threaten the security of other countries.

When claims otherwise are made — notably by serial liars like Woolsey, Netanyahu and likeminded extremists — they're baseless.

Like the US, E 3 countries flagrantly breached the landmark agreement, showing no signs of changing their wicked ways.

Reality check: The JCPOA is alive SOLELY because of Iran's responsible conduct

Instead of coordinating with enemy No.1 of the JCPOA, the EU/E3 & US must act responsibly & comply with UNSCR 2231."

No evidence suggests it's coming. Even WaPo doubts it, saying last week:

"Trump's 'maximum pressure' campaign would cease and Biden would salvage a diplomatic agreement" by returning to the JCPOA as mandated by international law.

It's not happening. Trump regime sanctions on Iran "remain in place."

Biden's geopolitical team "alarmed some advocates of rapprochement" with Iran for doing nothing so far and showing no signs of changing policy.

WaPo quoted Zarif saying: "What we see as US policy is exactly the same as…Trump('s). We haven't seen any change in policy" by Biden.

The US and E 3 trampled on the JCPOA — falsely blaming Iran for their breach of international law.

The landmark agreement is effectively gone because they refuse to comply with what's mandated by Security Council Res. 2231.