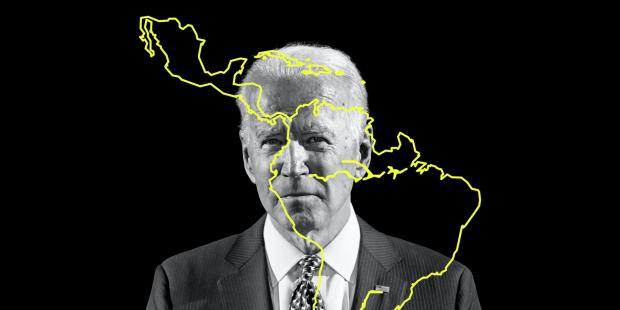 Biden and hardliners around him are like their predecessors.

They're hostile toward virtually everything just societies hold dear -- notably democracy the way it should be.

The US and West have fantasy versions, the real thing virtually banned.

Established by Hugo Chavez in 1999, continued by Nicolas Maduro, Venezuelans have governance of, by, and for everyone equitably -- social democracy.

US policymakers consider it a threat of a good example -- why they've gone all out to replace it with fascist tyranny short of hot war that remains an ominous possibility.

Since establishment of Venezuelan social democracy, US regimes from the Clinton co-presidency to Obama/Biden, then Trump, and now Biden/Harris aim to return the country to client state status.

They seek control over its vast oil resources, the world's largest.

In 2013, Obama/Biden killed Chavez. Poisoned or infected with cancer causing substances, four major surgeries in 18 months couldn't save him.

At the time, William Blum explained that the CIA worked diligently to develop substances that could kill without leaving a trace."

"I Personally believe that Hugo Chavez was murdered by the United States," he said.

Coup plots against him and Maduro failed. Other dirty tricks worked no better, including intermittent, US orchestrated, street violence.

Virtually everything US regimes threw at Venezuela to eliminate its model social democracy failed.

Further attempts are virtually certain. The US is hellbent to transform all sovereign independent nations into subservient client states.

It's likely just a matter of time before another attempted regime change plot surfaces.

At the same time, endless US war by other means continues.

In 2015, Obama/Biden declared Bolivarian social democracy an "unusual and extraordinary threat to the national security and foreign policy of the United States (sic)."

On Wednesday, Biden/Harris reaffirmed the above, saying the following:

"(C)ircumstances described in Executive Order 13692 (2015), and subsequent executive orders issued with respect to Venezuela, have not improved (sic), and they continue to pose an unusual and extraordinary threat to the national security and foreign policy of the United States (sic)."

"Therefore in accordance with section 202(d) of the National Emergencies Act (50 USC 1622(d), I am continuing for 1 year the national emergency declared in Executive Order 13692 (sic)."

Bolivarian Venezuela prioritizes peace, stability, and cooperative relations with other countries -- threatening no one, surely not the USA, armed and dangerous with nuclear and other super-weapons.

Biden's new executive order maintains a US state of war by other means on the Bolivarian Republic.

No US national emergency exists with Venezuela or any other countries. No US enemies exist.

So time and again they're invented by US policymakers to justify what's unjustifiable under international and US constitutional law.

"Blinken stressed the importance of a return to democracy in Venezuela through free and fair elections (sic)."

After Maduro's PSUV party won an overwhelming legislative majority last December with over two-thirds public support -- a landslide triumph -- the EU withdrew support for Guaido as (self-declared) interim president (with no legitimacy).

Jimmy Carter called Venezuela's electoral process "the best in the world" for good reason. Elections when held are scrupulously open, free and fair.

When Maduro was reelected in May 2018, over 150 members of the International Electoral Accompaniment Mission said the following:

"The technical and professional trustworthiness and independence of the National Electoral Council of Venezuela are uncontestable."

The Council of Electoral Experts of Latin America, one of the observer groups, said "results communicated by the National Electoral Council reflect the will of the voters who decided to participate in the electoral process."

They shame US fantasy democracy -- a totalitarian police state, masquerading as democratic.

According to Price, Blinken is "increas(ing) multilateral pressure… for a peaceful, democratic transition (sic)."

The above is how the scourge of US imperialism operates worldwide.

All nations free from its control are targeted for regime change -- wars by hot and/or other means its favored strategies.

Illegal sanctions are weapons of war by other means.

Blinken said they'll remain in place to continue US maximum pressure on the country.

Venezuelan social democracy conflicts with US imperial aims to dominate planet earth, control its resources, and exploit its people everywhere.

As long as Bolivarianism exists, both right wings of the US war party won't likely cease trying to eliminate it.