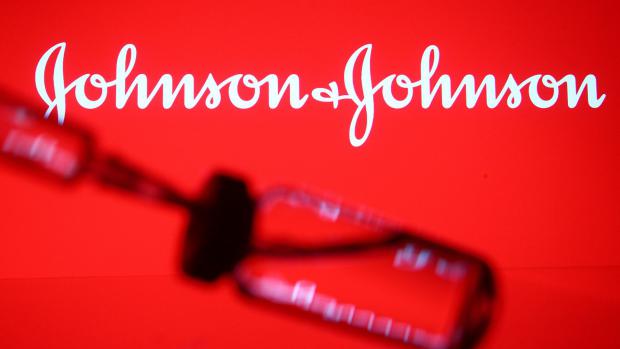 None of the above protect. We're being lied to by government dark forces and their media press agents claiming otherwise.

Vaccines notoriously cause diseases they're supposed to protect against — and many others like diabetes, heart disease and autism.

Would you trust the safety and effectiveness of an unapproved, fast-tracked, experimental vaccine from a company called an "opioid kingpin" by Oklahoma's attorney general in July 2019?

J&J "caused an opioid crisis that is evidenced by increased rates of addiction, overdose deaths and neonatal abstinence syndrome, in Oklahoma," adding:

"(M)isleading marketing and promotion (of the company's opioids) compromised the health and safety of thousands of Oklahomans."

"We have proven that Johnson & Johnson have built its billion dollar brand out of greed and on the backs of pain and suffering of innocent people" — despite warnings from its scientific advisors.

Lead state attorney Brad Beckworth said "(w)e've shown that J & J was at the root cause of this opioid crisis," adding:

"It made billions of dollars from it over a 20-year period. They've always denied responsibility" for selling hazardous to health products.

Is J & J's entry into the covid mass-jabbing sweepstakes any less hazardous?

Who'll volunteer as a company lab rat to find out?

At a time when no emergency exists — just an invented one by US dark forces — millions of Americans have been duped to believe what risks enormous harm to their health is safe and effective.

Yet the Pharma-controlled FDA just issued an emergency use authorization (EUA) for its experimental covid vaccine to be unleashed on an unsuspecting public in the US — likely elsewhere to follow.

Court judgments against the firm forced it to pay billions of dollars in damages for its involvement in the opioid crisis.

It's not the first time that J & J was held accountable for selling hazardous products to an unsuspecting public.

"In 2004 J&J agreed to pay up to $90 million to settle lawsuits linking the prescription heartburn medication Propulsid made by its Janssen subsidiary to several hundred deaths and many more cases of cardiac irregularity."

"In 2007 J&J recalled four million bottles of Listerine mouth rinse for children because of bacterial contamination."

"During 2009 and 2010 the company had to announce a string of recalls of medications, contact lenses and hip implants."

"The most serious of these was the massive recall of more than 136 million bottles of liquid Tylenol and Motrin for infants and children after batches of the medications were found to be contaminated with metal particles."

"The company's handling of the matter was so poor that J&J subsidiary McNeil-PPC became the subject of a criminal investigation and later entered a guilty plea and paid a criminal fine of $20 million and forfeited $5 million."

"It also came out during a congressional investigation of the matter that in 2008 J&J had engaged in what was labeled a 'phantom recall.' "

"When faced with Motrin IB caplets that were not dissolving property, McNeil hired contractors to buy up the products in stores while making no announcement to the public."

"Reports of operational deficiencies at McNeil operations continued to appear, and the company announced additional recalls, include one in January 2011 involving 43 million packages of Tylenol and other products."

"In 2011 J&J responded to pressure from the Campaign for Safe Cosmetics by agreeing to reformulate its baby products to remove ingredients regarded as carcinogenic."

"In 2013 J&J reached a deal with plaintiffs lawyers under which it would pay nearly $2.5 billion in compensation to an estimated 8,000 people who had received flawed hip implants."

"Also in 2013 Advanced Sterilization Products (ASP), a division of J&J subsidiary Ethicon Inc., had to pay $1.2 million to settle FDA allegations that it had produced and distributed adulterated and misbranded sterilization monitoring products."

"The following year, ASP paid a $136,800 penalty to the Environmental Protection Agency for the sale and distribution of unregistered and misbranded pesticides to veterinary clinics and laboratories nationwide."

"In 2016 two juries awarded a total of $127 million damages to women who sued J&J claiming that their ovarian cancer was caused by the talc in J&J Baby Powder."

"The company, which disputes the connection, appealed the verdicts but is facing more than 1,000 similar cases brought by plaintiffs' lawyers armed with company documents they say show that J&J was concerned about a link between talcum powder and ovarian cancer as early as the 1970s."

"The New York Times reported in December 2018 that internal company memos from the 1970s discussed the possibility that its talcum powder could contain asbestos."

"In 1995 a federal judge imposed $7.5 million in penalties on J&J subsidiary Ortho Pharmaceutical for shredding documents in an attempt to thwart an investigation into whether it was improperly marketing Retin-A acne cream as a wrinkle remover."

"In 1996 J&J reached a settlement with the Federal Trade Commission under which the company agreed to stop making what the agency called false claims about the failure rates of condoms in the marketing of its K-Y spermicidal lubricant."

"In 2010 J&J subsidiaries Ortho-McNeil Pharmaceutical and Ortho-McNeil-Janssen had to pay $81 million to settle charges that they promoted the epilepsy drug Topamax for uses not approved as safe by the Food and Drug Administration."

"In 2013 the Justice Department announced that J&J and several of its subsidiaries would pay more than $2.2 billion in criminal fines and civil settlements to resolve allegations that the company had marketed its anti-psychotic medication Risperdal and other drugs for unapproved uses as well as allegations that they had paid kickbacks to physicians and pharmacists to encourage off-label usage."

"The amount included $485 million in criminal fines and forfeiture and $1.72 billion in civil settlements with both the federal government and 45 states that had also sued the company."

"At a press conference announcing the resolution of the case, U.S. Attorney General Eric Holder said the company's practices ''recklessly put at risk the health of some of the most vulnerable members of our society -- including young children, the elderly and the disabled.''

"In a related Risperdal civil lawsuit, a jury later awarded $8 billion in damages but a Philadelphia judge reduced that by more than 99 percent to $6.8 million."

In 2019 an Oklahoma judge ordered J&J to pay $572 million to the state for contributing to the opioid crisis; the company vowed to appeal but it faced many more such suits around the country. The amount was later reduced to $465 million."

"In 2019 J&J and its subsidiary Ethicon, Inc. agreed to pay over $116 million to 41 states and the District of Columbia to settle litigation alleging deceptive marketing of transvaginal surgical mesh devices."

"In a separate suit brought by California, a state judge ordered the company to pay $344 million."

"In 2000 J&J subsidiary LifeScan pleaded guilty to a criminal charge and was fined $60 million for selling defective blood glucose monitors and giving false information about the problem to the FDA."

"It later had to pay $45 million to settle a related class-action lawsuit."

"In 2001 J&J agreed to pay up to $860 million to settle a class-action lawsuit alleging that the company had misled consumers into prematurely throwing away disposable Acuvue contact lenses."

"The suits argued that the company drove up sales of its 1-Day Acuvue soft lenses by recommending that consumers use them only once, even though the product was identical to regular Acuvue lenses, which could be worn as long as two weeks."

"In December 2016 a federal jury in Dallas ordered J&J and its DePuy Orthopaedics unit to pay more than $1 billion to six plaintiffs who claimed they were injured by the company's hip implants."

"In 2011 J&J agreed to pay a $21.4 million criminal penalty as part of a deferred prosecution agreement with the Justice Department resolving allegations of improper payments by J&J subsidiaries to government officials in Greece, Poland and Romania in violation of the Foreign Corrupt Practices Act."

"The settlement also covered kickbacks paid to the former government of Iraq under the United Nations Oil for Food Program."

"At the same time, J&J agreed to pay $48.6 million to settle a related civil case brought by the Securities and Exchange Commission."

"In 2011 Doctors without Borders criticized Johnson & Johnson for refusing to make patents on three HIV drugs available to a program that would reduce the cost of the medicines in poor countries. The group repeated the critique in 2013."

"In 2001 J&J Medical Inc. had to pay $3.9 million to settle federal civil claims that the company overcharged the Department of Veterans Affairs in transactions involving catheters and other medical supplies."

Would you trust a company's experimental, rushed to market covid vaccine, any other medication or products related to health whose rap sheet reads like the above?

J & J's covid vaccine is being produced by its Janssen division.

Years earlier, it produced the anthrax vaccine administered to around 150,000 US forces deployed to the Persian Gulf for the 1990-91 Gulf War — even though concerns were raised about adverse longterm health consequences.

From 1990 to 2001, over two million doses of anthrax vaccine were administered to US military personnel.

Squalene adjuvants are a key ingredient in many vaccines.

J & J uses them in its covid vaccine.

Alleged safety and effectiveness of what's being mass-jabbed into millions of Americans and others abroad were fabricated to dupe the unsuspecting to go along with what risks serious harm to health or death.