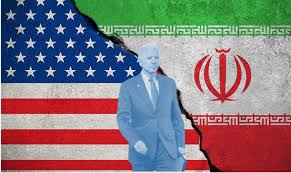 No Change in US Hostility Toward Iran Under Biden

On all things Iran, the Biden regime is like its predecessor — based on its rhetoric, actions, and body language so far.

US war on the country by other means continues unchanged.

Biden's foreign policy team is stacked with militarists and interventionists.

Looking ahead, it's a disturbing sign. Will greater US belligerence than already define Biden's geopolitical agenda?

Is unthinkable US war on Iran possible?

"The IDF and Israel's (war machine) are holding onto the option of taking action against Iran's nuclear project if that is what has to be done (sic)."

Israeli claims about Iran developing nuclear weapons were long ago debunked. Yet they persist.

Key as well is that Israel won't strike Iran without US permission and involvement, what's highly unlikely.

"The time that it would take Iran to produce enough fissile material for a nuclear weapon is down to, we think, a few months (sic)," adding:

"It's a problem that could get more acute, because if Iran continues to lift some of these restraints imposed by the agreement, that could get down to a matter of weeks (sic)."

"But the bottom line is they are getting closer to the point where they would be either a threshold nuclear power, or actually a nuclear power (sic)."

"And that is profoundly against our interest."

Blinken equivocated about returning to the JCPOA, saying it'll take "some time to assess whether (Iran) come(s) back into the agreement (by) ma(king) good on (its) obligations (sic)."

He ignored Trump's unlawful pullout from the JCPOA in May 2018.

Demanding that Iran take good faith "first step(s)" by meeting US demands is unacceptably putting the cart before the horse.

It's well known that Iran's legitimate nuclear program has no military component — in stark contrast to nuclear armed and dangerous Israel.

Iran's increased enrichment of uranium to 20% purity and other steps taken are permitted under JCPOA Articles 26 and 36.

Current Iranian enrichment is up to 20%, way short of what's needed for "bomb" development.

Taking this step was long ago banned by its leadership.

Nothing suggests that Iran decided to go another way.

Evidence shows that its leadership is committed to wanting these weapons eliminated before they eliminate us.

In response to Blinken's unacceptable remarks, Iranian Foreign Minister Zarif said they're "more addressed to the public opinion than to reality," adding:

"Iran does not seek a nuclear weapon. If we wanted to build (one), we could have done it some time ago, but we decided that nuclear weapons would not augment our security and are in contradiction to our ideological views."

"The nuclear accord is a multilateral international agreement ratified by UN Security Council Resolution 2231, which is non-negotiable and parties to it are clear and unchangeable."

While Washington is obliged to respect international laws and act accordingly, its ruling regimes long ago abandoned the rule of law, operating by their own rules alone.

Zarif accused hardliners surrounding Biden of "not only trying to get over (its predecessor's) track records (on Iran) without paying any price, but also do this at our cost, and they themselves know that this is not possible to do," adding:

"The conditions set by the Americans for returning to the JCPOA are meaningless."

"If there is a party to set conditions for rejoining the JCPOA (by the US), it is us."

Zarif called on Biden to reverse hostile policies toward Iran by his predecessor, notably by lifting illegally imposed sanctions as a good faith first step.

On Monday, Khatibzadeh said "(w)e are waiting for" Biden to act in good faith by "remov(ing) (US) sanctions."

"(A) signature on paper will not suffice. We must observe its effects."

"Bilateral talks with the US are neither necessary nor will be held by us."

"The US needs to revive its undertakings and if it does so, talks would be possible within the framework of the joint nuclear deal commission."

While Biden is obligated under SC Res. 2231 to return to the JCPOA with no pre-conditions, things aren't moving in this direction.

Because of unacceptable US demands Iran justifiably rejects, the JCPOA may unravel altogether in the weeks and months ahead.