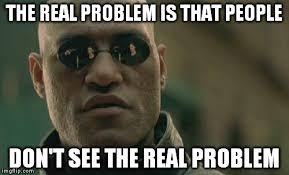 Revving Up US War on a Free and Open Society

It's disappearing in plain sight with Big Media support.

The NYT supports what demands exposure and denunciation.

Sticking with the official narrative, it perpetuates the myth of a January 6 Capitol Hill insurrection — ignoring the orchestrated anti-Trump false flag, its disturbing aftermath playing out in real time.

It backs the phony DHS claim about a growing US threat posed by "violent domestic extremists" emboldened by what happened on Capitol Hill.

The only internal threat to the nation and its people is state-sponsored.

What the Times should explain, it suppresses. Instead it reported the following rubbish:

Homeland Security's "terrorism alert did not name specific groups that might be behind any future attacks, but it made clear that their motivation would include anger over 'the presidential transition, as well as other perceived grievances fueled by false narratives.' "

No "presidential transition" threat occurred, no evidence of violence against the state coming ahead.

Yet the department admitted having no evidence that indicates a "specific, credible plot."

Instead it dubiously warned of unexplained terrorism trends, nothing that indicates an imminent attack.

An unnamed DHS official was quoted claiming the department is concerned that Biden's peaceful inauguration could create a false sense of security because "the intent (sic) to engage in violence has not gone away (sic)."

In the run-up to, during, and after January 20 inauguration ceremonies, there was no violence or known threat of it occurring in the nation's capital.

The city resembles a war zone with no ongoing hostilities.

It remains militarized and occupied by thousands of National Guard troops and other security forces over nothing.

A DHS "terrorism advisory" is fear-mongering mass deception about nonexistent domestic terrorists — except for dark forces in the halls of power.

Americans are repeatedly lied to by government officials and press agent media like the Times.

The 9/11 state-sponsored mother of all false flags to that time was and remains all about waging endless war on humanity at home and abroad.

Since seasonal flu was renamed covid last year and all that followed, what remains of a free and open society is being eliminated entirely for our own good.

Police state enforced totalitarian rule is in place and being hardened.

The undemocratic Dem controlled White House and Congress are heading the nation toward full-blown tyranny — to arrive wrapped in the American flag for mass deception.

What's coming may include mandatory mass-vaxxing with hazardous vaccines for access to public places, for work and education, for an illusory return to normalcy ahead that's long gone without mass resistance against diabolical harshness.

The scheme includes elimination of remaining freedoms as once existed on the phony pretext of protecting public health, welfare and national security.

Instead of sounding the alarm against what no one should tolerate, the Times and other Big Media support the transformation of America to a brave new world dystopia unfit to live in — except for its ruling class at the expense of most others.

The choice is clear.

Resist or endure dark forces "stamping on a human face — forever," with attribution to Orwell.

Life as once experienced will no longer exist if dark forces get their way.

I'm in the twilight of my life. I'm concerned about younger generations that'll have none of the advantages I had growing up long ago.

That's the disturbing state of things today — what I won't be silent about, what I'm committed to resist against through my activist writing.

I urge mass activism from others to save what otherwise will be lost with no turning back.