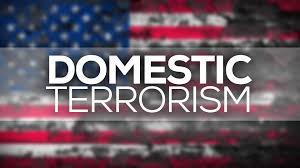 No Likely Change in US Dirty Business as Usual Ahead

Straightaway after replacing Trump by election theft, the illegitimately installed Biden/Harris regime targeted Russia, China, and domestic freedoms — the latter by inventing a domestic terrorist threat that doesn't exist except when state-sponsored.

It's an ominous sign for what's likely coming — continued erosion of a free and open US society with intent to eliminate it altogether, along with no end to war by other means on Russia, China, and by extension other nations free from US control.

That's the disturbing state of things in America under growing tyrannical rule on track toward becoming full-blown if not checked.

Russia denounced what had earmarks of US orchestrated pro-Navalny protests in Moscow, St. Petersburg, and other cities over the past weekend.

Putin spokesman Dmitry Peskov slammed what he called US "support for the violation of the Russian law."

The Biden/Harris regime "will have to provide explanations to the foreign ministry for the conduct of the US embassy in Moscow and for the statements from the Department of State."

"We will continue to address this matter because it is just the tip of an iceberg — what was published by the US official structures, the recommendation given by foreign ministries of some Western countries."

The only language US ruling authorities understand is toughness, diplomacy a waste of time, accomplishing nothing when undertaken with sovereign independent nations.

Already the die is cast on Biden/Harris regime foreign policy toward nations free from US control.

Dirty business as usual is certain ahead as earlier — perhaps with a new hot war or two in mind against one or more invented enemies.

No real ones exist so they have to be invented when unjustifiably justifying an attack on another nation preemptively in flagrant breach of the UN Charter and US constitutional law.

US dirty hands were all over weekend protests in Russia with more of the same virtually sure to follow.

US war on China by other means is certain to continue, chances of improved bilateral relations virtually nil.

Straightaway after being sworn into office as US war secretary, former 4-star army general Lloyd Austin called on Washington's key Asian allies to support its hostile-to-China agenda — in less than so many words.

In testimony before the Senate Armed Services Committee last week, he said he'll "work to update (US geopolitical) strategy."

"We'll have to have capabilities that allow us…to present a credible threat, a credible deterrent…to China in the future."

"(W)e still have the qualitative edge and the competitive edge over China."

"I think that gap has closed significantly and our goal will be to ensure that we expand that gap going forward."

US "strategy will be arrayed against the threat and China presents the most significant threat going forward because China is ascending."

Like China, Russia is rising as the US steadily declines because of its imperial madness war on humanity worldwide and unwillingness to change.

On January 22, Austin was confirmed as Biden/Harris war secretary.

According to the South China Morning Post (SCMP) on Monday, he called on key US Asian allies to support its hostile to China agenda without naming it directly.

The US opposes "any unilateral attempts to change the status quo in the East China Sea," he told his Japanese counterpart Nobuo Kishi.

According to the Pentagon, Austin urged Kishi to "strengthen Japan's contribution to the role the alliance continues to play in providing security (sic) in the Indo-Pacific region."

He made similar remarks to his South Korean counterpart Suh Wook.

Polar opposite is true wherever the US shows up in parts of the world where it doesn't belong — its hegemonic presence always assuring trouble that too often includes preemptive war on nations threatening no one, along with other hostile actions.

US relations with China and Russia are tense, the same true with other nations free from its control.

Once again on Saturday, a US carrier group provocatively entered the South China Sea for military exercises near Chinese waters.

Time and again, the US unjustifiably justifies what's unacceptable by falsely claiming the right of freedom of navigation.

Its military-related actions near borders of nations on its target list for regime change are provocative and confrontation.

They have nothing to do with national security or free navigation.

At this time, Biden/Harris appear likely to continue Trump's hardline anti-China agenda that's fraught with risk of direct confrontation if things are pushed too far.

They're "prohibited from entering the mainland, Hong Kong and Macao of China."

"They and companies and institutions associated with them are also restricted from doing business with China," according to information from its People's Daily, adding:

This "countermeasure of China demonstrated the country's firm resolution to safeguard its sovereignty, security and development interests."