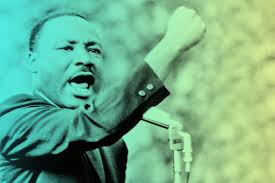 January 18 is MLK Day, a notable figure I remember well for his civil rights activism from the mid-1950s until his state-sponsored April 4, 1968 assassination.

Notably it came a year to the day after his memorable April 4, 1967 Beyond Vietnam: a Time to Break the Silence address.

For over half a century, Big Media suppressed his hard-hitting indictment of US aggression.

Then in Southeast Asia, today it's in multiple theaters worldwide by hot and other means.

MLK cut to the chase by his following no punches pulled remarks, saying:

America is "the greatest purveyor of violence in the world today."

It's "on the wrong side of a world revolution."

"We still have a choice today: nonviolent coexistence, or violent co-annihilation."

"We must move past indecision to action."

"If we do not act, we shall surely be dragged down the long, dark and shameful corridors of time reserved for those who possess power without compassion, might without morality, and strength without sight."

He called war in Vietnam "an enemy of the poor."

"(I)t should be incandescently clear that no one who has any concern for the integrity and life (in) America today can ignore the present war."

"If America's soul becomes totally poisoned, part of the autopsy must read Vietnam."

"This madness must cease…We must stop now…"

"We must continue to raise our voices if our nation persists in its perverse ways in Vietnam."

He called for a "revolution of values, (including) declaring eternal hostility to poverty, racism, and militarism."

"Once to every man and nation

Comes the moment to decide…"

"In the strife of truth and falsehood,

For the good or evil side…"

That time is now, said MLK over half a century ago.

His dream remains unfulfilled. Civil rights gotten from his activism are long gone — for people of color in the US and most others, increasing police ruthlessness replacing them.

He was one of the few awarded the prize who deserved it in stark contrast to warmongers like Henry Kissinger, Shimon Peres, Yitzhak Rabin, Menachem Begin, Obama, and numerous other unworthy recipients.

MLK knew he lived on the edge by his anti-war and other activism for a nation safe and fit to live.

Over half a century after his assassination, things are far worse in the US today than then.

They're heading for full-blown tyranny if not actively challenged in the streets to counter what otherwise may arrive sooner than most activists believe — wrapped in the American flag as part of state-sponsored, Big Media supported, mass deception.

MLK called US militarists and warmakers "criminals," America the world's most villainous nation.

He praised "individual(s) who break a law that conscience tells him is unjust and who willingly accepts the penalty of imprisonment in order to arouse the conscience of the community over its injustice, is in reality expressing the highest respect for law."

He practiced nonviolent civil disobedience, not revolution, no matter how just the latter.

Defending it on moral grounds, he said "the time is always ripe to do right" — also saying:

Passivity is no option in the face of injustice, he believed.

According to human rights lawyer William Pepper in his book titled The Plot to Kill King and two other books on what happened and more, the conspiracy to assassinate him was instigated by then-FBI director J. Edgar Hoover.

In his earlier article on what Pepper revealed, Craig McKee said the following:

Along with Hoover, "the US military,  the Memphis Police Department, and 'Dixie Mafia' crime figures in Memphis, Tennessee" were involved in his assassination.

Innocent patsy/fall guy James Earl Ray had nothing to do with it.

He was framed in similar fashion to how Lee Harvey Oswald was falsely accused of killing JFK and Sirhan Sirhan wrongfully blamed for RFK's assassination.

All of the above and much more was buried by Big Media, as well as not explaining that MLK was alive after taken to St. Joseph's Hospital for treatment to save him.

The most stunning revelation in Peppers book on the plot to kill MLK was that a hospital doctor responsible for trying to save him was involved in taking his life.

"Seeing doctors working on King, Bland commanded, 'Stop working on the nigger and let him die!"

"Now, all of you get out of here, right now. Everybody get out."

McKee also reported that Pepper learned that if MLK survived the shooting, he was to be taken to St. Joseph's Hospital, nowhere else.

Indeed the plot to assassinate MLK had a fallback plan to eliminate him when hospitalized if gunshots didn't end his life.

Based on what Pepper learned, apparently that's what happened — vital information Big Media don't ever touch.

Surgeon Breen Bland was quoted by a source who heard him say that "if (MLK is) not killed by (gunfire), just make sure he gets to St. Joseph's Hospital, and we'll make sure that he doesn't leave."

Oswald had nothing to do with JFK's state-sponsored assassination, and Sirhan Sirhan was innocent of the false charge against him.

Oswald was assassinated to silence him.

They and the US public were denied justice for unlawfully framing them and killing three redoubtable Americans.

What happened over half a century ago delivered major body blows to free and open societies that no longer exist in America or elsewhere in the West.