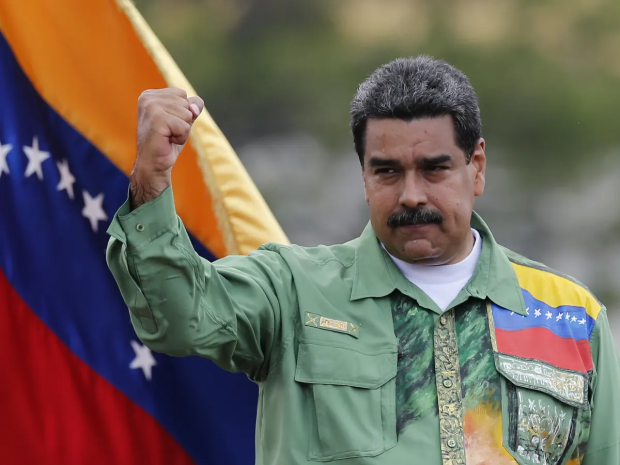 "The Dominion voting systems, the Smartmatic technology software, and the software that goes in other computerized voting systems here in as well, not just Dominion, were created in Venezuela at the direction of Hugo Chavez to make sure he never lost an election after one constitutional referendum came out the way he did not want it to come out (sic)."

The above remarks are pure rubbish. No credible evidence supports them.

While a December 2007 constitutional reform referendum favored by Chavez was defeated, it was by a slim 1.3% margin.

Throughout his tenure, he was greatly admired by ordinary Venezuelans for replacing US-supported fascist tyranny with Bolivarian social justice.

According to Venezuela Analysis editor at the time Greg Wilpert, the 2007 referendum failed for these reasons:

The campaign supporting it was "rushed" and ineffective. Some Chavistas "defect(ed)."

"(T)he mood in the country and the process through which the reform was developed" didn't favor the proposed changes.

Referendum supporters "did not have much time to educate the public as to what the reform was about."

"(T)here were too many (referendum) articles to discuss and the opposition waged a merciless campaign" — that featured mass deception, enough to eke out a narrow anti-Bolivarian triumph.

The December 2007 referendum aside, Chavez was first elected in December 1998 with a 56% majority, a landslide by any standard — when the entrenched opposition to that time controlled the process.

He was consistently reelected handily until eliminated by Obama/Biden on March 5, 2013.

He knew he was marked for death, explaining the threat many times.

Days after his death, William Blum said that he "personally believe(d) that Hugo Chavez was murdered by the United States."

"Take care what you eat, what they give you to eat…a lit­tle nee­dle and they in­ject you with I don't know what."

During his tenure, 15 elections (for president and National Assembly legislators) were "declared free and fair, including by international bodies such as the EU and Organization of American States (OAS)."

In September 2012, Jimmy Carter said: "(T)he election process in Venezuela is the best in the world."

After the 2006 presidential election, then-OAS Secretary General Jose Miguel Insulza said: "(W)e had no objection. (The election) was fair."

Venezuela "has a strong electoral system that is technically very good."

According to the EU Observer Mission to the 2006 election:

It was conducted "in respect of national laws and international standards (with) a high turnout, and peaceful atmosphere."

In March 2020, Venezuela Analysis reported that "(a)n unknown hard-right militant group has claimed responsibility for the fire which destroyed 99 percent of the country's automated (voting) machines."

They were produced by Smartmatic, the company headquartered in London, UK.

In 2017, Venezuela's National Electoral Council (CNE) cancelled a maintenance and repair contract with the firm over its "baseless" claims of fraudulent National Assembly elections in July that year.

Since Chavez was elected Venezuelan President in December 1998, the CNE oversaw 24 presidential and National Assembly elections.

On December 6, parliamentary elections will again be held — 277 seats to be decided, 139 needed for a majority.

According to Venezuela Analysis, "107 political organizations" are participating in the process — 14,400 candidates involved.

With ruling United Socialist Party of Venezuela (PSUV) and other pro-Bolivarian candidates likely to win a majority, US-designated puppet/usurper-in-waiting Guaido opted out of the process.

His call for a widespread boycott was rejected by a number of opposition parties.

In mid-October, Venezuela Analysis reported that "the CNE  unveiled the new electronic voting machines for the December 6 parliamentary elections," adding:

"EC21 machines were designed in Venezuela by Venezuelan technicians."

They have "up-to-date security software, a 21 inch touchscreen, a 64 GB hard drive and 8GB of RAM."

Like previous models, "they emit a paper receipt reflecting the vote entered which is later used to audit the electronic tallies."

"The electoral process will be subject to 16 audits…witnessed by party representatives and international observers."

Unlike endless US money-controlled campaigns, the process to win voter hearts and minds in Venezuela began on November 19 — barely over two weeks before election day.

CNE head Indira Alfonzo said "our doors are open for everyone to come and see this electoral process."

Hundreds of international officials and organizations were invited, including the UN and EU.

President Nicolas Maduro warned that Colombian authorities (likely in cahoots with US dark forces) are "preparing 1,000 mercenaries (to) infiltrate Venezuela and sabotage the political and electoral climate" ahead of election day.

Claims of rigged voting machines by Trump's attorney Sidney Powell have no legitimacy.

Saying she has a witness who saw how Venezuela "operate(d)  to make sure the election came out (Chavez's) way" flies in the face of international observers and organizations that time and again affirmed the legitimacy of the country's process.

Powell is a competent attorney. She and other Trump campaign lawyers are preparing evidence of fraud in key US swing states for Biden/Harris over Trump.

Her claims of rigging things for Chavez by voting machine software or any other means don't hold up in the light of day.

She sullied her reputation by unacceptable remarks with no credible evidence supporting them.

If US elections were conducted according to Venezuela's process, they'd be open, free and fair every time.

In Venezuela, democracy the way it should be is the real thing.

In the US and other Western countries, it's pure fantasy.

Under Bolivarian social democracy, Venezuelans get governance of, by, and for everyone equitably.

In the US and West, ruling authorities serve privileged interests exclusively at the expense of the general welfare.