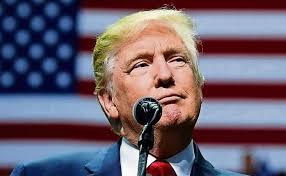 The NYT is notably unrelenting in pushing fake news of Russian US election meddling to help Biden defeat Trump.

Despite claiming otherwise, the US intelligence community has no evidence suggesting foreign interference in the US election process this year or earlier.

So do establishment media, notably the self-styled newspaper of record NYT.

If Biden loses to Trump — what's very possible despite polls showing the former vice president with a 7.4 point lead on average nationwide.

Two recent ones completed on October 28 show Biden leading Trump by 5 points in one, 1 point in the other, a virtual dead heat.

Despite lagging Hillary in 2016 polls, Trump won. She lost.

What happened four years ago can happen again for numerous reasons.

Campaigning on the stump, Trump's energy and ability arouse his base compared to gaffe-prone, lackluster Biden addresses.

Even though he's less polarizing than Hillary, he's uninspiring, unappealing, complacent, unsuitable for growing signs of dementia, and dangerous.

For all his many faults — including continuation of wars he inherited and waging them by other means on numerous countries — he launched no new ones on his own.

Biden's running-mate Harris should scare everyone.

She's in the wings to take over if his mental state worsens, making him unable to continue on the job.

Her disturbing record belies her claim to be a judicial reformer.

Her record as DA, AG, and US senator showed that time and again her obstruction justice in pursuit of higher office she'll gain if victorious on November 3.

Her hostility toward equal justice and record of violating constitutional rights of defendants exposes a figure who's disdainful of the rule of law.

Yet if Biden defeats Trump, she may advance to the nation's highest office as explained above — enabling her to do enormous domestic and geopolitical damage by the power of the presidency.

Who'll win the nation's highest office remains up for grabs, the race likely much closer than national polls show.

Most polls shows these states could go either way, winning them to depend on which party is more successful in getting their supporters to vote and how counting goes.

In 2016, Trump took them all and swept the south except for Virginia. He won 304 Electoral College votes to Hillary's 227.

She bested him by nearly 2.9 million votes nationwide.

When election results are tallied post-election this year, things could go either way.

It's hard imagining how at a time of economic collapse and widespread unemployment that the incumbent may very possibly triumph over the challenger.

Yet as the race approaches November 3, results may depend on which candidate is more successful in getting supporters to the polls who haven't already voted by mail.

Another major factor is whether late-arriving mail-in ballots are counted.

Most Trump supporters intend showing up at the polls on election day.

According to Pew Research, his supporters are more than twice as likely to vote in person than Biden backers.

As of October 25, nearly 70 million Americans voted by mail-in ballots or in person, according to United States Elections Project data.

Because of significant slow-downs in mail deliveries in parts of the country, it's unknown how many mail-in ballots may arrive too late to be counted.

Post-election 2000, the Supreme Court halted the Florida recount, handing the state's 29 Electoral College votes to Bush/Cheney, putting them over the top — despite later results showing Gore won the state and the election.

Is a similar scenario likely today in swing states — that could go either way — by DJT executive order, halting the count before completed in states where he's ahead on election day?

What was unthinkable in 2000 happened —the loser becoming president.

Why not again in the days ahead — although this strategy may not be needed if Trump does as well as in 2016, winning the same key swing states.

On the cusp of election 2020, results could be known in days or much longer if early results are inconclusive and post-election tabulations continue to determine who won.

Electoral College results are likely to be close.

Getting out the vote, getting them counted, and winning key states will decide the outcome — not the popular vote nationwide.

When polls close on November 3, Trump most likely will be ahead and declare victory.

Key for him is will it hold before a likely majority of mail-in votes for Biden are entirely counted.

Most important is which figure US power brokers support. They have final say.

There's nothing remotely democratic about how the US is run. Voters have no say over who holds high executive branch or congressional posts.

In 2016, Trump won because most US power brokers supported him over Hillary, who was likely considered damaged goods, too contentious to lead.

Will a similar scenario play out this year?

Will behind the scenes dark forces give Trump a second term because of concerns about Biden?

Or will it be the other way around?

We'll know in the coming days, but one thing is sure.

Like virtually always before, dirty business as usual continuity will triumph — at the expense of governance of, by and for all Americans equitably.

Trump handed corporate America and other monied interests virtually everything they wanted.

Months earlier, Biden said "if you elect me, your taxes are going to be raised, not cut."

Biden vowed to reinstate it if elected president, saying: "Yes, I'd bring (it) back."

Last month, Biden said on "day one" in office if elected, he'll raise the corporate tax rate and follow it by raising the rate on high-income Americans.

"I will move to eliminate Trump's tax cuts," he said when nominated Dem standard bearer in July.

Higher taxes are anathema to US business and wealthy Americans.

"I'm going to make them all permanent." Not if there's split government.

The best November outcome is for both right wings of the one-party state to share power.

If Dems keep control of the House, whether or not winning a majority of Senate seats, they'll be able to block GOP legislation they oppose.

The dominant right-wing Supreme Court is the wild card with three of nine justices appointed by Trump.

If he cuts taxes or takes other actions unilaterally by executive order, the Supreme Court could have final say.

Whatever the outcome of election 2020, ordinary Americans will lose like most often before.