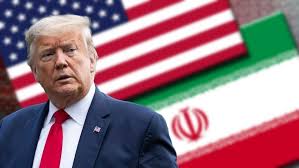 For the second time on Saturday, both warring sides agreed to a humanitarian ceasefire.

It lasted moments at most. Heavy fighting continued on Sunday and Monday.

"The adversary started an offensive in the southern direction (Khudaferinskoe water reservoir) for the purpose of capturing advantageous positions."

"Both sides experience casualties." Each side accuses the other of ceasefire breaches.

On Sunday, Azerbaijan's Foreign Ministry dubiously claimed "good will" by its government, "based on the principles of humanism agreed to a humanitarian ceasefire since October 18."

Baku "reserves the right to take retaliatory measures for protecting its civilian population and positions."

Turkey's involvement in arming, training, and directing Azeri forces is all about Erdogan's neo-Ottoman aims.

On Sunday, he dubiously accused OSCE Minsk group nations Russia, France and the US of supplying Armenia with weapons to attack Azeri forces.

Presenting no corroborating evidence, his direct involvement in the conflict was ignored, backing Azeri aggression.

On Saturday, Sergey Lavrov again urged both sides to observe ceasefire to no avail.

Since conflict began in late September, hundreds were killed, many others wounded, tens of thousands of NK residents were displaced, and wide-spread destruction occurred.

As long as Baku, egged on by Ankara, seeks to "liberate" NK, prospects for a durable ceasefire and conflict resolution are slim for now.

Azeri forces reportedly captured NK territory intended as a buffer zone between the enclave and Azerbaijan — even though NK is internationally recognized as Azeri territory.

Since the early 1990s, Armenia controlled the enclave that's largely populated by its nationals.

Throughout this time, Yerevan and Baku failed to resolve major differences.

In response to Azeri attacks on Sunday, Yerevan's Defense Ministry claimed its offensive was stopped, its troops forced to retreat.

On Monday, heavy shelling by both sides continued.

NK defense forces are involved with Armenian ones in combatting Azeri attacks.

Sarkissian added that if Azeri aggression continues, Yerevan will recognize the enclave's independence on its own, saying the following:

"If it becomes clear that Azerbaijan, supported by Turkey, will refuse to negotiate, then, naturally, Armenia will recognize the independence of Artsakh (NK)."

"We strongly condemn the gross violation of the humanitarian ceasefire agreement by Azerbaijan, which entered into force on October 18 at 00:00."

"Ignoring the mediation efforts of the OSCE Minsk Group Co-Chair countries, an the night of October 17-18, the very first day of the humanitarian ceasefire, Azerbaijani-Turkish forces violated ceasefire agreements three times on various fronts, resulting in casualties on both sides."

"At 07:20 in the morning, after the shelling, the Azerbaijani-Turkish forces attempted to attack in the southern part of the frontline, in the direction of Khudaferin Reservoir, along the border between the Artsakh Republic and the Islamic Republic of Iran."

"The irresponsible and destructive actions of the Azerbaijani side testify that Azerbaijan and Turkey are neither willing nor able to fulfill their obligations under international conventions, nor the agreements reached on humanitarian ceasefire mediated by the OSCE Minsk Group Co-Chair countries."

"Once again, Azerbaijan and Turkey have demonstrated that they continue to view the humanitarian ceasefire agreements and the negotiations, in general, only in the context of a military solution to the conflict."

"The recognition of the independence of the Artsakh Republic will put an end to the attempts to resolve the Azerbaijani-Karabakh conflict by force, will give the necessary impetus to the effective continuation of international mediation efforts within the framework of the OSCE Minsk Group Co-Chairs."

"We reaffirm our commitment to maintaining a humanitarian ceasefire on a reciprocal basis, which will become a reality only if Azerbaijan is forced to fulfill its obligations."

Heavy fighting continues after three weeks because major differences between both sides proved unresolvable so far.

Because Iran borders Armenia and Azerbaijan, ongoing fighting is of great concern to Tehran.

"Movements in the border areas of our country are being seriously and sensitively monitored by the Islamic Republic of Iran, and in this regard, while declaring any attack by any of the warring parties in the region on our country is intolerable, we seriously warn all parties to seriously take care in this regard."

Foreign Minister Zarif held talks with his Armenian and Azeri counterparts in an effort to halt fighting.

Like Russia, Iran believes conflict resolution is only possible through diplomacy.

Although so far it hasn't worked, it's vital to keep urging both sides compromise, likely the best way to halt fighting.