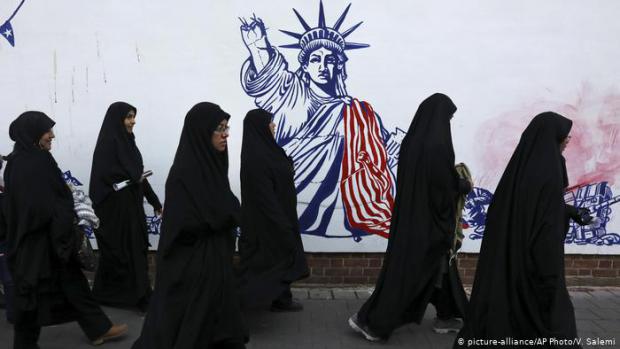 On all things related to the landmark JCPOA nuclear deal and expiring arms embargo on Iran, the Trump regime is isolated on the world stage.

Even loyal co-conspirators on key geopolitical issues Britain, France and Germany broke with Trump, Pompeo, and Abrams et al on these issues.

In June, Britain, France and Germany issued a joint statement, saying reimposition of sanctions "would be incompatible with our current efforts to preserve the JCPOA," adding:

"We firmly believe that any unilateral attempt to trigger UN Sanctions snapback would have serious adverse (Security Council) consequences."

Their foreign ministers stressed the importance of preserving the landmark JCPOA agreement.

Last month by letter to the Security Council, E3 countries Britain, France and Germany stressed that by abandoning the JCPOA, the US has no say over its implementation.

Its actions relating the agreement have no legal standing.

"We cannot therefore support (its policies) which (are) incompatible with our current efforts to support the JCPOA," said E3 member states," adding:

"We remain committed to the JCPOA despite the significant challenges caused by US withdrawal."

On September 18, E3 countries repeated their support for the JCPOA and opposition to Trump regime actions that aim to destroy it, saying the following:

"At the request of our foreign ministers, Germany, France, and the United Kingdom, ('the E3') would like to follow up on our letter to the presidency of the UN Security Council dated August 20th, 2020."

"In this letter, we expressed our shared view that the purported notification under paragraph 11 of UNSCR 2231 (2015) received from the (US) and circulated to the UN Security Council members is incapable of having legal effect and so cannot bring into effect the procedure foreseen under OP 11."

"It flows from this that any decisions and actions which would be taken based on this procedure or on this possible outcome would be incapable of having any legal effect."

"(T)he US ceased to be a participant to the JCPOA following their withdrawal from the deal on 8 May, 2018."

No longer a signatory, Washington has no legal say regarding its provisions or implementation.

"We have worked tirelessly to preserve the nuclear agreement and remain committed to do so."

The above letter was submitted to the Security Council days after Pompeo met with his UK counterpart Dominic Rabb on this issue.

On September 20 by letter to Security Council members, the E3 said the following:

"France, Germany, and the United Kingdom ('the E3') note that the US ceased to be a participant to the JCPOA following their withdrawal from the deal on 8 May, 2018."

"Consequently, the purported notification under paragraph 11 of UNSCR 2231 (2015), received from the United States of America and circulated to the UN Security Council Members, is incapable of having legal effect."

"It flows from this that any decisions and actions which would be taken based on this procedure or on its possible outcome would also be incapable of having any legal effect."

According to Green Party of Iran founder Hossein Kanani Mogaddam, the Trump regime shot itself in the foot on this issue.

Out of ammunition, it "pulled the trigger of an unloaded gun…(I)ts only (remaining) option…is to launch a global economic war on Iran and punish all countries doing business with Iran."

Despite strong support for preserving the JCPOA, Mogaddam believes the E3 and EU overall will ally with US war on Iran by other means.

It's most likely no matter which wing of its war party controls the White House and/or Congress — what's been US policy since Iran's 1979 revolution.

During a joint news conference following their meeting, Lavrov said the following:

He and Zarif support "the high level of…partnership" between Russia and Iran.

Faced with illegal Trump regime sanctions and other hostile actions on both countries, their leadership is united in opposition to policies demanding denunciation.

Russia and Iran will continue cooperation on major political, economic, and other geopolitical issues.

"We have identical or very close positions on key global and regional issues," said Lavrov.

On all things related to the JCPOA, both countries and the "international community are categorically opposed to any US demands to introduce some indefinite arms embargo and invoke the 'snapback' mechanism to reimpose the former UN Security Council sanctions resolutions on Iran, which were cancelled by Security Council Resolution 2231 in 2015."

"The latter remains fully valid in this respect."

"Iran continues its constructive cooperation with the IAEA."

Lavrov slammed Trump regime "bull in a china shop…ultimatums" and threats to punish anyone daring to break from its demands.

Lavrov: "(I)n my view, the incumbent US (regime) has lost its diplomatic skills almost for good."

US imperial arrogance is too ingrained to change, Dems as deplorable as Republicans on the world stage.