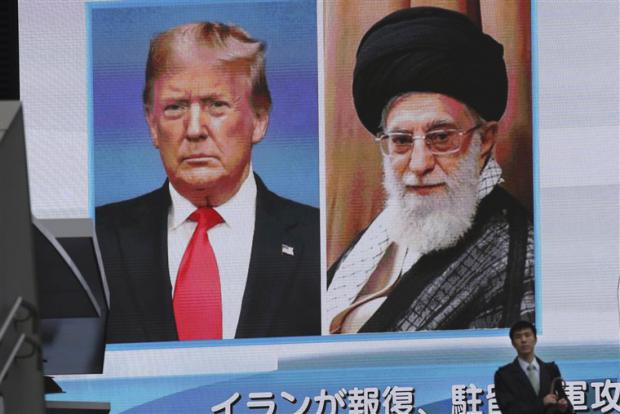 On issues relating to the JCPOA Iran nuclear deal, SC Res. 2231 arming it — making it binding international and US constitutional law — and the upcoming expiring UN arms embargo on the country next month, the Trump regime is isolated on the world stage.

His anti-Iran agenda is not only illegal, it's harebrained — making him and his regime a laughingstock internationally.

The trouble with geopolitical know-nothing Trump on Iran and other nations threatening no one on the US target list for regime are hardliners he lets direct his regime's foreign policy — notably Pompeo.

Giving new meaning to the ugly American, a militant thug masquerading as chief Trump regime diplomat, he never met a country not controlled by the US he didn't want smashed.

He's especially hostile toward China and Iran because everything he throws at them fails.

According to the CIA-connected Washington Post, he pushed Trump "for aggressive action against Iran…culminating in (his recklessly dangerous) decision to approve the killing of (Iranian Quds Force) commander, Maj. Gen. Qassem Soleimani" — a redoubtable anti-terrorism freedom fighter, beloved by the Iranian people and Arab street.

In retaliation for killing him in cold blood by the Pentagon, Iran fired ballistic missiles at two US bases in Iraq, causing significant damage and scores of injuries, clear testimony to its military capabilities.

"We will hit the people who, directly and indirectly, played a role in the martyrdom of the great man," adding:

US military facilities are monitored throughout the region, targets chosen to be struck if necessary.

He mocked the Trump regime's vow to impose and enforce snapback sanctions and an arms embargo on Iran, saying no bullets will be fired even if he pulls the trigger.

On Sunday in defiance of SC Res. 2231, the Trump regime arrogantly, illegally, and unilaterally will impose JCPOA related snapback sanctions on Iran despite world community opposition.

Except for the US and Dominican Republic it controls, other Security Council member states oppose the Trump regime's action, including China, Russia, Britain, France and Germany.

No longer a JCPOA signatory after abandoning the landmark agreement in May 2018, actions taken by the US related to the deal have no legal validity.

By letter to the Security Council on Friday, Britain, France and Germany said sanctions relief on Iran remains in force.

"We have worked tirelessly to preserve the nuclear agreement and remain committed to do so," the letter stated.

According to an unnamed European diplomat quoted by AFP, "this (Trump regime) action will have no legal foundation."

Therefore, it "cannot have legal consequences."

Another unnamed Western diplomat said "I don't see anything happening. It would be just a statement. It's like pulling a trigger and no bullet coming out."

"Russia and China are sitting, happy, eating popcorn, watching (this) huge destabilizing fallout" between the US and its European allies.

Days earlier, Pompeo arrogantly said the Trump regime will "do all the things we need to do to make sure that those sanctions are enforced (sic)," adding:

"We are going to act in a way — and we have acted in a way — that will prevent Iran from being able to purchase Chinese tanks and Russian air defense systems."

"We expect every nation to comply with" Washington's unlawful anti-Iran policies.

In the coming days, Trump intends issuing an executive order that threatens sanctions on nations unwilling to observe his regime's unlawful policies toward Iran.

In the coming weeks, it'll be known which ones illegally bend to his will on Iran and who'll observe binding SC Res. 2231 international law that affirmed the JCPOA.

According to European Council on Foreign Relations associate fellow Richard Gowan, when Trump addresses the UN General Assembly on September 22, he may "announc(e) some sort of financial penalty on the (world body) because of his dissatisfaction over the snapback process" and expiring arms embargo on Iran.

Weeks ahead of his reelection bid on November 3, does he have a September and/or October surprise or two in mind— perhaps on Iran and/or China?