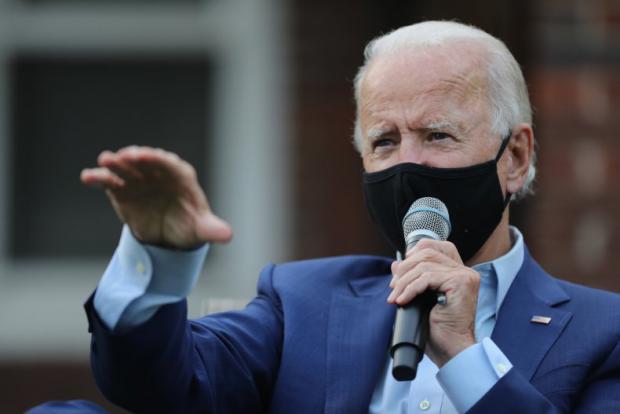 The myth of an Iranian threat that doesn't exist is all about Washington's longstanding aim to control its vast hydrocarbon resources, along with wanting Israel's main regional rival neutralized.

At peace with its neighbors, Iran seeks cooperative relations with the world community of nations, confrontation with none.

Its legitimate nuclear program has no military component, none sought, no evidence suggesting otherwise.

Its geopolitical agenda is polar opposite how nuclear armed and dangerous USA and Israel operate.

They and NATO threaten world peace and stability.

In stark contrast, Iran hasn't attacked another nation in centuries, threatening none now except in self-defense, according to what the UN Charter permits.

In an anti-Iran op-ed written for Biden, he falsely accused the country of "stockpiling 10 times (more) enriched uranium" than what's permitted by the JCPOA.

It stockpiled 300 kg of enriched uranium "to purity rates beyond the JCPOA limit of 3.76 percent."

Uranium in commercial reactors is enriched to about 4%. Around 90% purity is required to produce nuclear weapons.

Time and again, IAEA inspectors affirmed that Iran has no nuclear weapons program.

No evidence suggests it wants what time and again its ruling authorities renounced, wanting these weapons of mass destruction eliminated everywhere to prevent them from eliminating us.

Iran increased its uranium enrichment in response to the failure of E3 JCPOA signatories Britain, France and Germany to fulfill their obligations under the deal.

According to Press TV, "Tehran started up advanced centrifuges to boost the country's stockpile of enriched uranium and activated 20 IR-4 and 20 IR-6 centrifuges for research and development purposes."

Claims otherwise are fabricated, no evidence supporting them.

"In November 2019, Iran also began injecting gas into centrifuges at Fordow as part of its fourth step away from the JCPOA under the supervision of the IAEA," Press TV reported, adding:

In January, Tehran "announced that from now on, the country will observe no operational limitations on its nuclear industry, including with regard to the capacity and level of uranium enrichment, the amount of enriched materials as well as research and development."

Its heavily monitored nuclear program by the IAEA is for commercial and other non-military related purposes, affirmed by the nuclear watchdog.

In his ghost-written op-ed, Biden turned reality on its head, saying:

"I have no illusions about the challenges…Iran poses to America's security interests (sic), to our friends and partners and to its own people (sic)," vowing toughness on the country if succeeds Trump in January.

He lied suggesting that Iran is on a path toward developing "a nuclear weapon."

Not a shred of evidence suggests it. Notably, IAEA monitoring reports affirm that Iran's legitimate nuclear program complies with its NPT obligations.

Biden falsely accused Iran of being "a few months" away from developing a nuke, adding:

"The bottom line is that Iran is closer to a nuclear bomb today than it was when Donald Trump took office" — a fabricated claim, refuted by IAEA inspectors.

So was saying "Iran (is) a bad regional actor requiring active deterrence and pushback (sic)" — what applies to the US, NATO and Israel, clearly not the Islamic Republic.

As president, Biden vowed "to prevent Iran from acquiring a nuclear weapon" it doesn't have, doesn't seek, and never did.

He'll rejoin the JCPOA to renegotiate what took years of diplomacy to agree on and is now affirmed by Security Council Res. 2231 — making it binding international and US constitutional law.

Claiming he'll "push back against Iran's destabilizing activities (sic)" ignores that nothing of the kind exists, not now, not throughout Islamic State history.

Combining Big Lies and threats, he vowed to continue unlawful US sanctions on Iran — falsely accusing its authorities of human rights abuses (sic), supporting terrorism (sic), and threatening the region with its ballistic missiles developed solely for defense, not offense the way the US, NATO and Israel operate.

Saying a Biden presidency will "set Iran policy right" sounds like code language for continued war on the country by other means by if succeeds Trump in January.