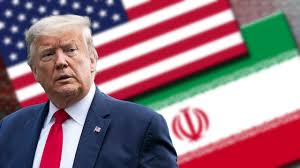 Both rights wings of the US one-party state are responsible for the the nation's dismal state.

Notably over the past 30 years, each new US regime and Congress exceeded the worst of their predecessors, especially post-9/11, the mother of all state-sponsored false flags.

The nation I grew up in long ago no longer exists. Never beautiful, it was worlds apart from how things now — what I call the most perilous time in world history for good reason.

War on humanity at home and abroad is what the US does. Possible nuclear war by accident or design should terrify everyone.

The US spends as much or more on militarism, a global empire of bases, and belligerence than all other countries combined.

Notably it's at a time when its only enemies are invented. No real ones existed throughout the post-WW II period.

Instead of journalism the way it's supposed to be, establishment media support what demands denunciation.

Is humanity doomed because of Washington's rage for unchallenged global dominance by whatever it takes to achieve its objectives?

If unleashed in enough numbers, today's super-weapons can destroy planet earth and all its life forms in short order.

Whenever farcical US elections are held, dirty business as usual continuity always wins.

At this moment in time, Dems are more diabolically dangerous than Republicans.

Yet the choice for US voters in November is between death by hanging or firing squad.

Geopolitical know-nothing Trump and cognitively impaired Biden are frontmen for a deeply corrupted system that's too debauched to fix.

All nations unwilling to sell their soul to Washington are on its target list for regime change — notably China, Russia and Iran.

They wage peace and stability over endless wars and seek cooperative relations with other countries — polar opposite how the US operates globally.

On all things Iran related to the JCPOA nuclear deal, SC Res. 2231 affirming it, and the conventional arms embargo on the country expiring October 18, the US is isolated on the world stage.

With few exceptions, the world community supports the landmark nuclear deal with Iran and upcoming expiration of the conventional arms embargo on the country.

According to Reuters on Wednesday, Trump will issue an executive order to unilaterally and  unlawfully sanction nations, entities or individuals that legally sell conventional arms to Iran.

Four unnamed sources spoke to the news agency "on condition of anonymity," it reported — saying the EO will be issued in the coming days.

It will (extrajudicially) let Trump "punish violators with secondary sanctions, depriving them of access to the US market," said Reuters.

JCPOA signatories Russia, China, Britain, France, and Germany, along with virtually all but a few world community nations, want the JCPOA preserved and arms embargo on Iran lifted.

Will they back their rhetorical support by defying the Trump regime's war on Iran by other means?

Will they ignore his diktats on Iran in favor of observing international law and preserving the landmark JCPOA?

Will Russia, China, EU nations and others sell conventional arms to Iran as legally permitted once the embargo on the country expires October 18?

Or will some or all world community nations bend to Washington's will on Iran — notably EU ones that most often support its imperial project even at the expense of their own interests?

Will the threat — hollow or real — of barred access to the US market get most world community nations to abandon Iran in favor of normalized relations with Washington?

Will most foreign enterprises bend to the US for the same reason?

According to sanctions attorney Doug Jacobson, Trump's upcoming anti-Iran EO is largely symbolic and "piling on" because of so many US Iran-related sanctions already in place, adding:

Trump's order is "designed to send a message on this particular issue…that the US is unhappy that the other parties (to the JCPOA) did not agree to a snap back of arms sanctions."

On Wednesday, Pompeo said "(w)e'll do all the things we need to do to ensure that those sanctions are enforced."

Iran's UN mission spokesman Alireza Miryousefi said "(i)t is obvious that none of the Security Council members (except the Dominican Republic) accepted the eligibility of US claims."

He stressed that the JCPOA remains intact and sanctions related to it will be lifted according to what was agreed to by its signatories in 2015.

Ahead it'll be known if the JCPOA will be preserved, SC Res. 2231 provisions enforced, whether nations will legally sell arms to Iran, or whether Trump regime threats cow the world community into bending to its will on these important issues.

China and especially Russia are most likely to sell arms to Iran when the embargo expires on October 18, EU countries less likely.

"I think that the Americans will hardly succeed in their clumsy attempts to prevent this from happening," adding:

"The US blatantly violated international law and failed to observe its own obligations, and is now seeking to spur other countries to follow suit."

"Russia doesn't see any trouble in lifting the embargo and continuing defense cooperation with Iran."

"If Iran submits specific requests, they will be carefully studied in accordance with international norms."

"US failed to meet its obligations under Resolution 2231 by withdrawing from #JCPOA."

"It has no right to extend an arms embargo on Iran, let alone to trigger snapback."

"Maintaining JCPOA is the only right way moving forward."

For months, China and Iran have been negotiating a longterm strategic partnership.

It's building on a 2016 bilateral agreement between both countries.

Iranian Foreign Minister Zarif said "we are negotiating a 25-year strategic accord with China."

The leadership of both countries support what will be part of China's One Belt, One Road initiative.

Iran has important market potential for China, including for selling arms to the Islamic Republic.