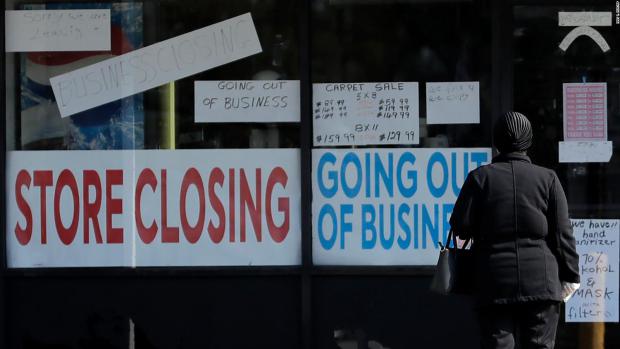 Weekly for Six Months, US Unemployment Claims Exceeded One Million

The economic state of the US is worse than during the depths of the 1930s Great Depression.

Economic collapse grips the country. Tens of millions of working-age Americans are unemployed, most others way underemployed earning poverty wages.

The Economic Collapse blog explained that "more than half of all households in some of our largest cities are currently facing serious financial problems" because of dire economic conditions.

It noted that the US suicide rate rose every year since the run-up to the 2008-09 financial crisis.

In June, a US Centers for Disease Control and Prevent survey found that almost 11% of respondents considered suicide in the past month — 25% of those aged 18 - 24.

This astonishing data is more evidence of a nation in decline, worlds apart from my long ago boyhood, adolescence, and youth — a time of countless opportunities for young people like myself with nothing special going for me.

Conditions today are polar opposite. Discretionary spending on US militarism, warmaking, corporate handouts, and police state harshness come at the expense of eroding public services and career opportunities for youths.

The disparity between rich and most others in America today matches or exceeds the late 19th/early 20th century robber barons age.

Poverty is the leading growth industry in the world's richest country, accelerating exponentially because of made-in-the-USA coronavirus and economic collapse.

According to economist John Williams, year-over-year inflation is 9%, up from 7.7% in May, based on how calculated pre-1990.

The US was at the height of its preeminence on the world stage post-WW II.

It was maintained for some years in the post-war era.

Decline began and continued in recent decades, notably post-9/11, and especially this year with nothing in prospect indicating positive change.

On Thursday, the Economic Policy Institute (EPI) explained that "(h)alf a year into the pandemic (and economic collapse), millions of people are unemployed," adding:

The latter is the federal program for workers ineligible for UI. Benefits provided for 39 weeks will expire at yearend if not renewed.

EPI explained that "(l)ast week was the 26th week in a row total (of) initial (UI and PUA) claims (that) were far greater than the worst week of the 2008-09 Great Recession."

Most US states provide 26 weeks of UI. When exhausted, eligible individuals can apply for an additional 13 weeks of Pandemic Emergency Unemployment Compensation (PEUC).

At this time, Republicans and Dems are deadlocked on extending federal unemployment benefits — politicizing the issue ahead of November elections, ignoring millions of US households in need of federal help.

According to the Center for American Progress (CAP):

"(T)ypical unemployment benefits being received across the country shows that there isn't a single county, parish, borough, census area, or city in the United States where state unemployment benefits alone can cover a set of very modest monthly expenses…for a typical one-adult, one-child family."

Even House passed $600 Federal Pandemic Unemployment Compensation (FPUC) is inadequate to cover essentials to life and welfare for the average US household, said the CAP.

EPI stressed that no where in the US can a typical family "live on unemployment insurance alone."

Without it, they're being lost. America's most disadvantaged are hardest hit with little income and no health insurance — millions of affected households with no relief in prospect.