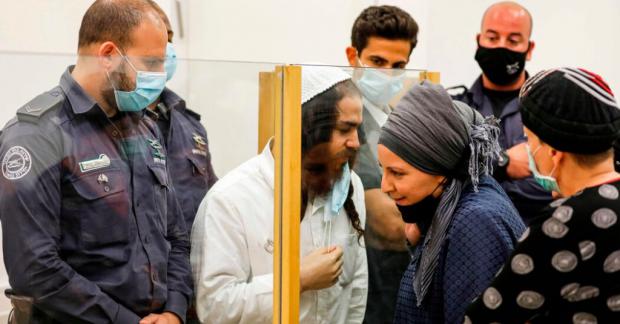 Convictions of Israelis for crimes against Palestinians are rare exceptions, not the rule — almost never against soldiers and other security forces.

According to Yesh Din Volunteers for Human Rights, violence by Israeli forces and settlers occurs daily, nearly always with no accountability.

Yesh Din's data show that "the vast majority of investigation files regarding harm to Palestinians and their property are closed due to police failure to investigate properly," adding:

"The deficiencies and flaws in the work of the police are present at every stage of the investigation, and police frequently fail to undertake basic investigative steps amounting at times to criminal negligence."

"Investigation failures and the leniency displayed by both prosecution agencies and the courts in cases of ideologically motivated crime encourage such violence against Palestinians."

In Occupied Palestine, crime without punishment by Jews against Palestinians is the rule, not the exception.

The practice known as "standing idly by" refers to witnessing crimes by settlers against Palestinians by Israeli security forces but doing nothing to prevent them or apprehend perpetrators.

Husband and wife Saad and Riham later succumbed to third-degree burns that were too severe to save them.

Four-year-old Ahmad alone survived despite third-degree burns covering most of his body, requiring months of excruciating treatment — paid for by the PA because Israel nearly always doesn't recognize victims of state-sponsored or settler terror.

To this day at age-10, Ahmad is still being treated for what happened over five years ago.

Association for Civil Rights in Israel (ACRI) attorney Dan Yakir called Israeli discrimination "another example of the intolerable disparity between settlers and Palestinians in the West Bank in all areas of life."

In response to the immolation of Dawabsha family members while they slept, the Palestinian Center for Human Rights "condemn(ed)" what happened "in the strongest terms."

Occupants of the second torched home were not harmed because they were in a Nablus apartment at the time.

Last May, settler Amiram Ben-Uliel was convicted on two counts of attempted murder, arson, and conspiracy to commit a hate crime for the Dawabsha family immolation incident.

On Monday, he was sentenced to three consecutive life terms plus 40 years and fined 258,000 shekels ($74,450) for Ahmad Dawabsha that can never compensate for loss of his family members.

Ahmad's grandfather Hussein Dawabsha, his guardian since the 2015 incident, said "sentenc(ing) (Amiram Ben-Uliel) will not bring anything back."

He quoted his grandson saying: "Why did they do this to me. Why am I not like other children."

He lost an ear and his body is permanently scarred by what happened.

Yet the Israeli court acquitted him on this count, what the Dawabsha family called disgraceful.

Still, Joint Arab List MP Yousef Jabareen said Ben-Uliel's sentence "is significant for the family and for the Palestinian people, given that the majority of crimes committed by settlers against Palestinians never reach the courts," adding:

"However, top government officials have led ongoing incitement campaigns agitating for political assassination and have generated an atmosphere of racist hatred. This ruling does not absolve them of responsibility for these acts."

Another youth involved was only charged with conspiring with the attack — despite evidence indicating otherwise.

Following Ben-Uliel's conviction last May, a Dawabsha family statement said it's "not enough."

"One person was convicted … but the rest of them still live on illegal outposts surrounding our villages, posing a threat to our communities every day."

Settler violence and vandalism against Palestinians most often go unpunished.

Ben-Uliel's conviction and sentencing is a rare exception to the rule.

Lots more like him throughout the West Bank and East Jerusalem and Israeli security forces terrorize Palestinians unaccountably — what the scourge of illegal occupation and apartheid rule are all about.

Israeli War on the Rule of Law