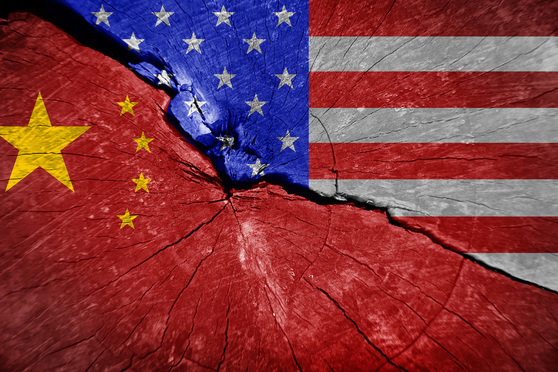 US war on China by other means because of its growing prominence on the world stage has both countries on a potential collision course toward direct confrontation if cooler heads in Washington don't step back from the brink.

Unacceptable US actions against China and its enterprises are reminiscent of FDR's economic war on imperial Japan that led to full-blown global war.

In the age of super-weapons, another one could destroy planet earth and all its life forms if things go this far.

US imperial rage risks the unthinkable. Its aim for unchallenged global dominance threatens everyone everywhere.

Bipartisan US policy toward China is all about wanting its economic, industrial, and technological growth undermined, along with wanting the country isolated politically.

Beijing earlier vowed to retaliate against unacceptable US actions appropriately at a time and ways of its choosing.

Since Trump took office, scores of Chinese enterprises were blacklisted from the US market, notably communications and high-tech ones on the phony pretext of protecting national security.

The policy is all about aiming to give corporate America a competitive advantage — and not just against Chinese firms.

Blacklisted ones on the Commerce Department's Bureau of Industry and Security (SIC) Entity List are barred from purchasing US technology with Washington's permission.

The exclusionary list includes "businesses, research institutions, government and private organizations, individuals, and other types of legal persons — that are subject to specific license requirements for the export, reexport and/or transfer (in-country) of specified items."

Xinhua explained that new controls apply to China's privately-owned TikTok video sharing firm that the Trump regime banned from operating in the US under ownership of its ByteDance parent company, adding:

If the firm intends "to export related technologies, it (must) go through licensing procedures" that can take up to 30 days for approval if granted.

TikTok's technology in question is the company's algorithm for its "For You" page that recommends more videos to watch based on known user preferences.

According to China trade expert Cui Fan, ByteDance will have to "consider whether it is necessary to suspend" TikTok's sale to a US firm based on Beijing's revised export controls.

China's Foreign Ministry expressed strong opposition to Trump's ban on TikTok, forcing the company to seek a US buyer so it can continue operating in the country.

The Wall Street Journal reported that new restrictions may "throw a wrench into talks between…ByteDance and potential buyers."

So far the firm and the White House haven't responded to Beijing's new export requirements.