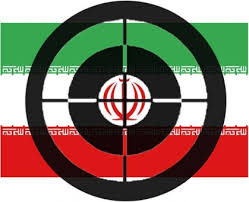 Trump regime hardliners elevated US war on Iran by other means to an unprecedented level.

It's "maximum pressure" scheme is all about wanting to suffocate its 84 million people into submitting to Washington's will.

It succeeded only strengthening Iranian resiliency and resolve to successfully resist what no nation should tolerate or support.

The same is true for the UN and most world community nations, the US more isolated on this issue internationally than any previous time throughout the post-WW II period.

Trump regime hardliners exceed the extremism of the predecessors.

Imperial arrogance defines its agenda, endless wars by hot and other means its modus operandi, including destructive policies toward ordinary people at home.

An earlier Pew Research survey of 25 nations showed 70% of respondents expressing no confidence in the US under Trump.

Most respondents expressed unfavorable views of the US, including its disrespect for personal freedoms of people and interests of other countries.

Surprisingly in Germany, only 10% of respondents expressed confidence in Trump, in France just 9%, in Mexico 6%.

He's a caricature of a leader, never the real thing in private or public life — unfit for any public office.

US hostility toward Iran is all about Washington's aim to control its vast hydrocarbon and other resources, along with wanting Israel's main regional rival neutralized — unrelated to any threat posed by Tehran because none exists.

The country is at peace with its neighbors, threatens none, and fully complies with its international obligations — polar opposite how the US, NATO, Israel, and their imperial partners operate.

Reportedly Trump, Pompeo, and other regime hardliners are furious with Britain, France and Germany for opposing their hostile to regional peace and stability scheme to indefinitely extend an expiring UN arms embargo on Iran and impose JCPOA-related snapback sanctions.

According to the Washington Free Beacon (FB below), the Trump regime is threatening to retaliate against Britain, France and Germany (the E3) for not bowing to its will on Iran, "a range of options" being considered, adding:

US hardliners "are seeking to force" the E3 to split from Russia and China on Iran.

Possible retaliatory actions could include walking away from a trade agreement with the UK, abandoning coordination with France on Lebanon, "and a range of items the Germans" are seeking from the US.

The E3, China and Russia oppose the Trump regime's hostile anti-Iran agenda because it would kill the JCPOA they want preserved and protected.

"Senior US officials said they are livid with European leaders" for not bowing to their will on Iran — notably ahead of the November 3 presidential election before which Trump seeks domestic and geopolitical victories to crow about.

An unnamed US official said the following:

"The Europeans are clearly upset with the Americans for leaving the (JCPOA), but that doesn't seem like a good enough reason to green-light an influx of weapons to Iran."

The official failed to explain that the Islamic Republic threatens no one.

Conventional weapons it's legally entitled to buy from abroad after October 18 are solely for defense.

In stark contrast, the US floods the Middle East and other parts of the world with advanced weapons for endless wars on nonbelligerent nations.

The new millennium rape and destruction of Afghanistan, Yemen, Iraq, Syria, and Libya by the US and its imperial allies bear testimony to its ruthless agenda.

Self-defense is a universal right — affirmed by the UN Charter's Article 51, affording to all nations the right to defend themselves if attacked by a hostile power.

Clearly, Iran is threatened by US rage to transform the country into a client state.

Its endless war by other means could turn hot if its hardliners decide to push things this far.

All countries, including Iran, deserve the right to defend their sovereignty and territorial integrity against possible aggression by the US or other hostile power.