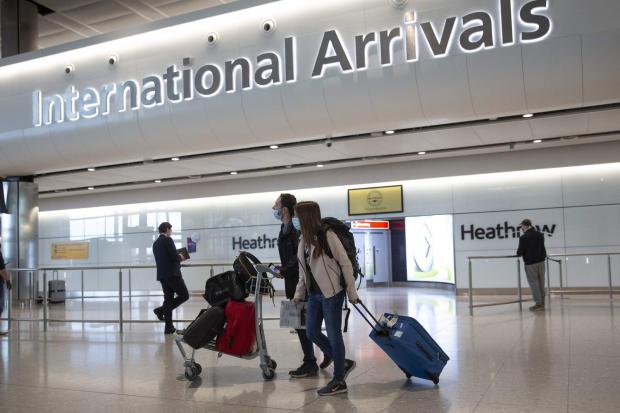 Who could have imagined any of the above, let alone all of it at the same time.

Time and again, truth is stranger than fiction.

All of the above are facts, not fiction, even though as late as end of last year, it would have been debunked as fake news if reported at the time.

There's plenty of it around at all times, proliferated by politicians who lie, especially in Washington, and establishment media.

In early 2020, the vast majority of Americans wouldn't have known the difference between the highly contagious and hazardous to human health SARS-CoV-2 virus that produces COVID-19 disease and a common cold that's little more than a minor short-term annoyance.

Now the novel coronavirus is universally known, even though not taken seriously enough by too many people in the US because of dismissiveness toward public health and welfare by Trump and others surrounding him — wanting the economy reopened come hell, high water, or mass contagion.

The world's richest, most scientifically advanced country USA has done the worst job by far among developed nations in addressing and containing COVID-19 outbreaks.

Through Monday, the US had nearly 2.7 million cases, over 129,000 deaths, around one-fourth of the world total, surging numbers approaching 50,000 new outbreaks daily if the present trend continues.

The issue isn't whether to lock down or not lock down, a step causing far more harm economically to tens of millions of people than effective alternatives — unless short-term, weeks, not months.

Everyone is responsible for their practicing good health habits.

Because COVID-19 is highly contagious with potentially longterm hazards to human health, it's important to avoid large gatherings, social distance and wear a face mask in public, practice proper/frequent hand-washing to remove bacteria and other contaminants, avoid face and mouth touching, and use disinfectants on surfaces possibly exposed to infected respiratory droplets.

Testing is optional. It's more ineffective than helpful because even when accurate, analysis is only for the short-term time frame up to the day when administered, not the next day or later ones unless testing continues daily, not a viable option.

Practices instituted by China have been far and away most effective in bringing coronavirus outbreaks under control.

Even though draconian lockdowns were ordered, they were only in affected areas relatively short-term.

Controlling COVID-19 worldwide has miles to go, likely throughout 2020 and well into next year.

Failure to take effective measures, notably in the US and Brazil, risks making a bad situation much worse — especially this fall and winter when outbreaks may be much higher than now.

On Friday, the EU ordered what earlier would have been considered unthinkable.

Because of record numbers of COVID-19 outbreaks in the US, no end of them in prospect because of what's discussed above, Brussels banned Americans from entering EU countries.

Nationals from dozens of nations are welcome to visit them, including China, Japan, South Korea, Australia, Canada, even Rwanda, Tunisia, and other undeveloped countries — not America because of its record numbers of surging outbreaks and virtually nothing done by Washington to contain them.

At the same time, EU countries are reopening their borders and workplaces, risking an upsurge in outbreaks before they're contained.

They're a continuing problem not easily ended under the best of circumstances.

The price of resolving it in the US is eternal vigilance at the federal, state, local, and personal levels. Dismissiveness by Trump makes it all the harder.

On June 29, "Iran announced…that it has issued arrest warrants for 36 officials of the US and other countries who have been involved in the assassination of (its) martyred" Quds Force commander, a statement by Prosecutor-General of Tehran Ali Alqasi Mehr, saying the following:

US and other individuals are accused of murder and state terror — notably Trump for OKing the assassinations.

The buck stops with him, as US president having final say on ordering state-sponsored murder.

Tehran indicated it'll pursue his prosecution while in office and after his tenure ends.

Alqasi Mehr also said Iran requested an Interpol "red notice," its highest-level alert for the prosecution of Trump and the other officials.

While nations have no authority to require authorities elsewhere to arrest and/or extradite individuals they want prosecuted,  a "red notice" can make those targeted wary about foreign travel to countries where they might face accountability.

Iran's action was largely symbolic, Interpol and other nations unlikely to risk Washington's wrath by targeting its officials.

According to Interpol, it's unable to act on Iran's request, claiming it operates as a liaison between law enforcement organizations of UN member states, aiding their collaboration to arrest and prosecute suspects who flee their jurisdiction.

Notably like his predecessors, Trump's tenure revealed the ugliness of Washington's dirty face, its war on humanity at home and abroad, the scourge of what imperialism is all about.