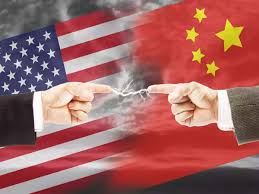 Unacceptable Trump regime actions toward China keeps widening the rift between both countries.

US hostility toward China is all about its growing prominence on the world stage — a threat to US preeminence that's been declining for years because of its imperial arrogance, endless wars on invented enemies, and unwillingness to change.

On Thursday, the US Senate unanimously passed the hostile to China Hong Kong Autonomy Act.

With House adoption virtually certain, likely by unanimous voice vote or passage as part of the FY 2021 National Defense Authorization Act, the measure will become US law ahead whether or not Trump approves.

In violation of the UN Charter and other international law, his regime unacceptably interferes in China's internal affairs.

The latest way is by mandating sanctions over how it governs its Hong Kong sovereign territory — one of countless examples of US imperial arrogance.

Fact: Hong Kong is sovereign Chinese territory, governed according to its laws.

Fact: The city is granted a degree of local autonomy, similar to what the US Constitution grants the 50 states that are very much subject to federal law at the same time.

The US repeatedly and consistently goes all out to undermine the sovereign independence of all nations unwilling to bow to its will.

It's far and away the most grievous abuser of human rights at home and abroad over a longer duration than any other nation in world history.

It demands all world community nations do what it says, not what it does, or face its wrath.

The United States of Endless Wars on Humanity by hot and other means is the greatest threat to its survival.

On Thursday, a statement by China's embassy in Washington stressed that Hong Kong is sovereign Chinese territory, subject to the nation's laws that permit no foreign interference in its internal affairs. Nor does international law, adding:

"Legislating on national security is the power and obligation of the central government, and also an international practice."

Noting the embassy's statement, Xinhua said "the legal basis for the Chinese government to govern Hong Kong is China's Constitution and the Basic Law of the Hong Kong Special Administrative Region, not the Sino-British Joint Declaration."

China's US embassy stressed that "(n)o one has any legal grounds or right to make irresponsible comments on Hong Kong affairs, citing the Sino-British Joint Declaration," adding:

"We urge the US side to immediately correct its mistakes, withdraw the decisions and stop interfering in China's domestic affairs."

"The Chinese side will continue to take strong measures to uphold national sovereignty, security and development interests."

According to China Institute of International Studies' research fellow Cui Lei, bilateral relations with the US are largely at an impasse.

Beijing will respond in its own way at an appropriate time.

According to the Wall Street Journal, when Pompeo met with China Central Foreign Affairs Commission Office director Yang Jiechi in Hawaii on June 17, the Chinese diplomat "insist(ed) that Washington desist from meddling in matters related to Taiwan…as well as (its) leadership's view that its plans to impose national-security legislation on Hong Kong are 'purely China's internal affairs,' " adding:

Based on Pompeo's consistent misinformation, disinformation, Big Lies, and militant hostility toward Beijing, its media called him "wicked…deranged," and a "public enemy of mankind."

What one analyst called the need to "turn down the temperature" in bilateral relations is no simple task given Washington's rage to undermine China economically, industrially, and technologically, wanting the country weakened and isolated.

It's a prescription for an uneasy relationship at best, a confrontational one at worst.

Presumptive Dem presidential nominee Biden will likely be as hardline toward Beijing as Trump — based on hostile to China remarks made in recent months, along with the Obama regime's Asia pivot policy.

It was and remains US reasserting its presence in what it calls the Indo-Pacific, advancing its military footprint in a part of the world not its own.

It's how Washington operates worldwide, asserting its military might, notably to contain China, Russia and Iran — Cold War politics in new form, risking nuclear war if things are pushed too far.

More immediately, the bilateral trade deal is at risk of unraveling.

After Yang and Pompeo met in Hawaii, Vice Premier Liu He said if the Trump regime doesn't "ease off" on its unacceptable actions toward China, the deal that took many months to agree on could be undermined.

According to geopolitical analyst Mei Xinyu, the US "can't keep asking (China) to buy (its) stuff (while) beating up on us. That's not how it works."

Earlier this week, Trump regime Office of Trade and Manufacturing Policy director Peter Navarro told Fox News that the trade deal with China is "over," adding:

The "turning point" was when the White House (falsely) blamed Beijing for spreading COVID-19 outbreaks.

Navarro unacceptably accused China of "sen(ding) hundreds of thousands of people to (the US) to spread that virus."

He then walked back on claiming the White House terminated the trade deal with China, claiming his remark to that effect was taken "wildly out of context," adding:

"I was simply speaking to the lack of trust we now have" with its government.

Time and again, the US blames others for its own hostile actions, especially with regard to its endless wars by hot and/or other means, along with demands for all nations to bend to its will.

China seeks cooperative relations with the US and other countries.

Both right wings of the US one-party state seek dominance over other nations by whatever it takes to achieve its aims.

It's a prescription for endless wars, instability, and deteriorating bilateral relations globally.

It comes at a time of protracted US Depression conditions more devastating to ordinary Americans than any previous time in the nation's history.

It's also at a time when the White House, Congress, and Wall Street controlled Fed are aiding privileged interests at the expense of public health and welfare.

When unemployment benefits expire in a few weeks at a time when layoffs are increasing, will food insecurity, hunger, and homelessness continue rising to greater levels never imagined in the world's richest country?

The nation I grew up in long ago no longer exists.

Never beautiful, it was replaced by endless wars on humanity and unprecedented economic Depression conditions — things worsening, not improving.