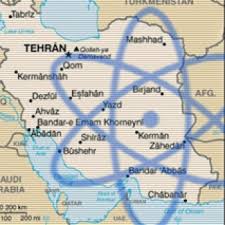 The landmark JCPOA nuclear deal was agreed to by leading proponent for a nuclear weapons-free region and world world Iran — together with P5+1 countries America, Britain, China, France, Germany, and Russia, along with the EU.

On July 20, 2015, it was unanimously adopted by the Security Council (SC Res. 2231) — making it binding international and US constitutional law.

It abhors these weapons, wanting them eliminated regionally and everywhere because of the enormous threat they represent to humanity's survival.

Their existence represents a high likelihood of their use in numbers far more extensively and with much more destructive power than Fat Man and Little Boy on Japan in August 1945 — months after the country was defeated, its offer to surrender ignored by the US under FDR and HST until made official in September.

Tehran fulfilled its pledge to fully comply with JCPOA provisions, its adherence binding — provided other signatories adhered to their obligations.

In May 2018, Trump unilaterally breached the agreement. So did E3 countries Britain, France and Germany by failing to fulfill their mandated obligations.

Following a June 15 - 20 IAEA Board of Governors (BoG) meeting — as well as an EU/China summit on a range of issues, including the JCPOA — a statement by Brussels said the following:

"The EU expresses its resolute commitment to and continued support for the Joint Comprehensive Plan of Action (JCPOA) and is determined to continue working with the international community to preserve the JCPOA, an important multilateral achievement, unanimously endorsed by UN Security Council Resolution 2231 (2015)," adding:

"The JCPOA is a key element of the global nuclear non-proliferation architecture crucial for regional, European and international security."

"The EU deeply regrets the withdrawal of the United States from the JCPOA and the re-imposed sanctions."

"We also regret the US decision to end the three waivers covering key JCPOA nuclear projects in Iran, including the Arak Modernization Project."

"These projects serve the non-proliferation interests of all and provide the international community with assurances of the exclusively peaceful and safe nature of Iranian nuclear activities."

"The EU calls on all countries to refrain from taking actions that impede the implementation of JCPOA commitments."

"The EU has fully upheld its JCPOA commitments, including sanctions lifting as foreseen under the JCPOA."

Fact: Unacceptable actions by E3 countries and Brussels, for the past two years, speak much louder than hollow words.

EU countries in cahoots with the Trump regime flagrantly breached them by their illegal actions.

JCPOA Article 26 states that if the US (and/or other agreement signatories) impose new nuclear-related sanctions on Iran, it will constitute "grounds (for its authorities) to cease performing its commitments under this JCPOA in whole or in part."

JCPOA Article 36 states that if actions by JCPOA signatories "constitute significant non- performance, then (Iran) could treat the unresolved issue as grounds to cease performing its commitments under this JCPOA in whole or in part and/or notify the UN Security Council that it believes the issue constitutes significant non-performance."

Iran, China and Russia very much want the agreement preserved, what took years of negotiations to achieve — what's only possible if all its signatories fulfill their commitments as pledged.

Because the JCPOA is binding international law, all world community nations are also bound by its provisions.

Breaching them constitutes a criminal act. The US, E3 countries and Brussels are guilty, further proof that they can never be trusted.

Earlier this year, Iranian President Hassan Rouhani reaffirmed his government's pledge to fulfill its JCPOA obligations in cooperation with E3 countries and Brussels — provided they fulfill theirs as required.

Agreements require all parties to fulfill their obligations.

Trump's unilateral pullout was and remains an effort to undermine and eliminate the landmark agreement — wanting nonbelligerent Iran weakened and isolated internationally, sanctions war on the country intensified.

By failing to fulfill their mandated obligations, Iranian Foreign Minister Zarif accused E3 countries and Brussels of being "accessories to Trump and Netanyahu," adding:

Their breach of international law leaves them in no position to "counsel" Iran.

On Tuesday, Iranian UN Mission media office head Alireza Miryousefi stressed that the JCPOA "addressed every concern regarding any peaceful nuclear work conducted by Iran" — what took "years of intensive negotiations" to achieve.

He denounced Trump regime "maximum pressure" as a strategy of inflicting maximum collective punishment on the Iranian people.

At the same time, he stressed that "Iran is most assuredly not on its knees, is not begging for renewed negotiations, and will not ever negotiate" away its legitimate rights under international law.

The Trump regime "smashed the negotiating table and did injustice to the Iranian nation" by breaching its JCPOA obligations and waging sanctions war on Iran.

Tehran rejects the idea of talks with the US unless it fulfills its JCPOA obligations and respects international law.

If presumptive Dem presidential nominee Biden defeats Trump in November, what's likely based on current polls, will the US fulfill its JCPOA obligations to save the landmark deal?

Sullivan changed his view on Iran from "unilateral US sanctions will not work" to no lifting of sanctions "without assurances from Tehran," adding:

"The Iranians will have to get more realistic."

"It is simply impractical to think that the United States will provide significant sanctions relief without assurances that Iran will immediately begin negotiations on a follow-on agreement that at least extends the timelines of the deal and addresses issues of verification and intercontinental ballistic missiles."

Sullivan is a senior advisor to Biden's presidential campaign. The presumptive Dem standard bearer reportedly wants the JCPOA renegotiated to make it tougher.

According to Biden advisor Anthony Blinken, "Joe Biden said (he'll use the JCPOA) as a platform to try to build a stronger and longer deal working with (US) partners," adding:

E3 countries and Brussels are "likely to join us in trying to curb other actions by Iran that we find objectionable."

Blinken and Sullivan were involved in earlier JCPOA negotiations that produced the agreement.

Sullivan urged Biden to "immediately begin the process of negotiating a follow-on agreement" that would "deal with" expiring restrictions on Iran.

Notably he has in mind the arms embargo that's expiring in October.

It's unclear if Biden will press for its renewal or will call for changing its terms, clearly what Iran won't accept.

"(T)he JCPOA has become part of international law through Resolution 2231, and it is unacceptable for the Americans to" demand it be eliminated or altered in any way.

The embargo on conventional arms was "unjustly" imposed on Iran.

It's highly unlikely that its ruling authorities will agree for it to remain in force in its current or new form — if that's what Biden may have in mind.

There's no assurance that he'll be more accommodative to Iran than Trump.

For over 40 years, both right wings of the US one-party state have been hostile toward Tehran — for its sovereign independence, because it's Israel's main regional rival, not for any threat it poses.

Hostile US policy toward Iran overall is highly likely to continue ahead regardless of how the US November elections turn out.

Will the JCPOA be preserved in its current form if Biden succeeds Trump?

Based on what's known, it's very much uncertain at best.