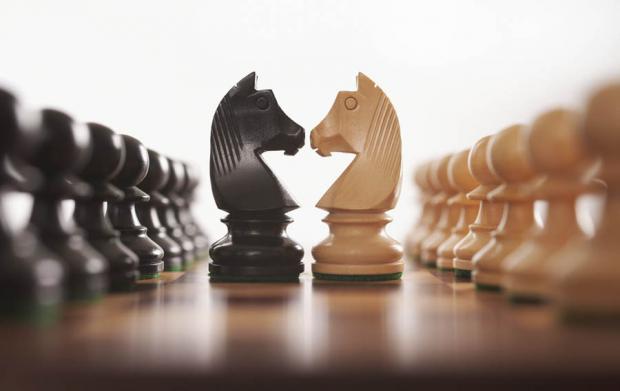 In pursuit of its imperial aims, the US needs enemies. None exist so they're invented.

Iran is US public enemy No. 1 in the Middle East, China considered Washington's leading adversary globally — despite no threat posed by either country.

Demeaning China is all about its growing economic, industrial, and technological development, its political influence, and military strength able to defend against US aggression if occurs.

The world's leading state sponsor of terrorism USA consistently blames other nations for its own high crimes.

For weeks after COVID-19 outbreaks emerged, Trump falsely claimed they'd "disappear" on their own.

As they increased to the present day, he, hardliners surrounding him, and Congress have been indifferent toward the health, rights and welfare of ordinary Americans.

They failed to provide states with personal protective equipment, funding to combat outbreaks, or treatment for infected individuals.

Despite advance warning of what could happen, they let a public health crisis fester, focusing almost entirely on handing favored business interests trillions of dollars of free money.

They delayed in authorizing nationwide testing that remains woefully inadequate.

All along, Trump praised his response that remains dismal for ordinary Americans he's indifferent toward.

Instead of correcting flawed policies, he blames China for his failures, a nation on top of the problem swiftly, able to bring it under control in about two months while the US continues to struggle.

It slammed Pompeo, calling him one of China's "most radical critics," ignoring the country's achievements while "the coronavirus ravages the country he serves," adding:

"A leaked Republican strategy memo tells the GOP to 'attack China' over coronavirus."

Beijing stressed that the GOP strategy is doomed to fail, including claims that China caused COVID-19 and its spread to other nations.

China's Global Times (GT) slammed the US notion that Beijing is responsible for spreading COVID-19 outbreaks.

At a time when world community cooperative relations are needed to address and contain a common problem, US hardliners focus on shifting blame for its failures onto others, notably China.

On Sunday, a GT editorial slammed the Trump regime for unacceptably "scapegoating China" to distract attention from its own failures in dealing with coronavirus outbreaks.

Its epicenter is in the US, not China or other countries. While outbreaks are largely contained in China, they remain a major problem in the US and West.

As for Pompeo, GT called him "sinister…a political hooligan, (an) an enemy (of) world peace…playing with fire…steering the US State Department into becoming the" CIA, operating as an anti-diplomat, not the other way around.

He's not alone. The Trump regime and Congress are infested with like-minded extremists.

Trump and others like him are unfit for any public office, Biden no better.

"Are we experiencing capitalism's historic decline?"

"For the 21st century, the most popular slogan on socialists' banners will likely be "Democratize the Enterprise."

US economic collapse at a time of an inadequately addressed public health crisis brought to light the inequities of how the US-led West operates — serving privileged interests exclusively at the expense peace, equity, the rule of law and justice.

Ordinary Americans are protesting against failed public policies at the federal and state levels, including against unacceptable conditions for workers on the job.

Whole Foods workers walked off the job over similar complaints, the company owned by Amazon.

Instacart workers called for strike action for lack of PPE and hazard pay. So did Detroit and Birmingham Alabama bus drivers, Pittsburgh sanitation workers, Kroger warehouse employees, and others in the US for similar reasons.

Growing numbers are not showing up for work, calling in sick, and staging wildcat strikes.

On May 1, a first of the month US general strike action is set to begin, involving workers, students, and other segments of society.

Achieving vitally needed social justice that eroded to a shadow of its New Deal/Great Society status depends on how widespread and sustained actions become.

Current US conditions reflect a failed system. Resistance against inequity and injustice is the only chance for responsible change.

With growing mass unemployment and indifference toward public health and welfare by US ruling authorities, now is the time for large-scale public actions for restoration and enhancement of vital social programs.

Ordinary people have power when mobilized to use it. Positive change requires sustained struggle.

The late Doug Dowd called the US "a sick and dangerous nation run by a handful of the politically powerful" — serving the country's privileged class by exploiting most others at home and abroad.

Equitable transformational change is the only acceptable option.

At a time of overwhelming public duress, the moment is now to challenge authority for responsible change — collective defiance and disruption the way to go.

Trump says he will refuse to endorse Republicans who vote for 'disgraceful'...