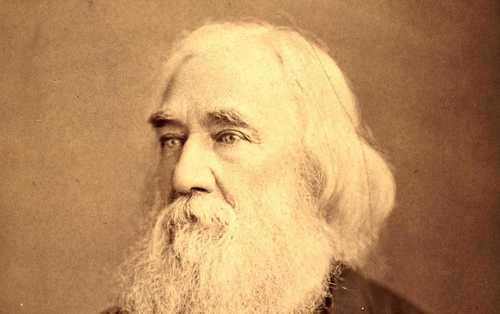 By Sheldon Richman, January 1, 2014 at The Future of Freedom Foundation

Once again, last autumn we were inundated with dire warnings about what would befall the American people and the world economy if Congress did not raise the debt ceiling — or, as I call it, the debt sky, because apparently the sky's the limit.

As he has each time this issue has come up, Barack Obama emphasized that increasing the debt would permit the government only to pay expenses already incurred and would not finance new spending. To which I again reply, rhetorically, Why is Congress allowed to spend money that it knows it won't possess unless the debt limit is raised? It's as though you kept charging purchases on a credit card, assuming that every time you maxed it out, the bank would automatically raise the limit.

Not only does that violate good sense, it also rigs the debate over the debt limit by threatening so-called default as the price of voting no. (In fact, the government each month takes in an order of magnitude more revenue than it needs to avoid defaulting on its debt. It would not be able to cover all its appropriations, but that is different from a default.)

My query about the debt sky, of course, assumes that Congress operates in a context of legitimacy. So what we really need to do is step back and question that context itself. To do that, there is no better person to turn to than Lysander Spooner (1808–1887), lawyer, abolitionist, entrepreneur, and libertarian subversive. It so happens that in section XVII of his 1870 essay, "The Constitution of No Authority" (Number 6 in his No Treason series), Spooner took up the question of government debt with his signature fresh look. As you might imagine, he left nothing standing.

How could that be?

It is utterly absurd to pretend that debts to the amount of twenty-five hundred millions of dollars are binding upon thirty-five or forty millions of people, when there is not a particle of legitimate evidence — such as would be required to prove a private debt — that can be produced against any one of them, that either he, or his properly authorized attorney, ever contracted to pay one cent.

Certainly, neither the whole people of the United States, nor any number of them, ever separately or individually contracted to pay a cent of these debts.

He has a point. I can't recall ever registering such consent — or being asked to, for that matter. Can you? Aren't we taught that the "consent of the governed" is a sacred American principle?

Earlier in the essay, Spooner handily disposed of the claim that voting or paying taxes implies consent. Since we are subjected to the government's impositions whether or not we vote — opting out is forbidden — any given individual may have cast a vote purely in self-defense, for the perceived lesser of two evils. And paying taxes certainly cannot signify consent, because the penalty for nonpayment is theft of one's property, imprisonment, or (should one resist) death.

So by what authority do the people who claim to constitute the U.S. government borrow money in our names and compel us to repay the debt? By no authority at all, as far as I can see, unless "might makes right" counts as authority.

How, then, is it possible, on any general principle of law or reason, that debts that are binding upon nobody individually, can be binding upon forty millions of people collectively, when, on general and legitimate principles of law and reason, these forty millions of people neither have, nor ever had, any corporate property? never made any corporate or individual contract? and neither have, nor ever had, any corporate existence?

It seems that this is not possible. "Who, then, created these debts, in the name of 'the United States'?" he asks.

Why, at most, only a few persons, calling themselves "members of Congress," etc. who pretended to represent "the people of the United States," but who really represented only a secret band of robbers and murderers, who wanted money to carry on the robberies and murders in which they were then engaged; and who intended to extort from the future people of the United States, by robbery and threats of murder (and real murder, if that should prove necessary), the means to pay these debts.

Here, when Spooner says the members of Congress only "pretended to represent" Americans at large, he is referring to his earlier point that because the ballot is secret, we really don't know whom these supposed representatives actually represent, that is, whose agents they really are.

The money, therefore, was all borrowed and lent in the dark; that is, by men who did not see each other's faces, or know each other's names; who could not then, and cannot now, identify each other as principals in the transactions; and who consequently can prove no contract with each other.

But that is just the beginning of the problems with the so-called public debt.

Furthermore, the money was all lent and borrowed for criminal purposes; that is, for purposes of robbery and murder; and for this reason the contracts were all intrinsically void; and would have been so, even though the real parties, borrowers and lenders, had come face to face, and made their contracts openly, in their own proper names.

And how is this borrowed money to be repaid?

Having no corporate property with which to pay what purports to be their corporate debts, this secret band of robbers and murderers are really bankrupt. They have nothing to pay with. In fact, they do not propose to pay their debts otherwise than from the proceeds of their future robberies and murders. These are confessedly their sole reliance; and were known to be such by the lenders of the money, at the time the money was lent. And it was, therefore, virtually a part of the contract, that the money should be repaid only from the proceeds of these future robberies and murders. For this reason, if for no other, the contracts were void from the beginning.

these apparently two classes, borrowers and lenders, were really one and the same class. They borrowed and lent money from and to themselves. They themselves were not only part and parcel, but the very life and soul, of this secret band of robbers and murderers, who borrowed and spent the money. Individually they furnished money for a common enterprise; taking, in return, what purported to be corporate promises for individual loans. The only excuse they had for taking these so-called corporate promises of, for individual loans by, the same parties, was that they might have some apparent excuse for the future robberies of the band (that is, to pay the debts of the corporation), and that they might also know what shares they were to be respectively entitled to out of the proceeds of their future robberies.

When Spooner rips away the veil, we are left with the fact that a group of unknown profit-seeking principals authorized their agents to use the former's money in order to, among other things, extort a larger sum of money from a larger group of people who never consented to the arrangement in the first place. And it is all done, dishonestly, in the name of that larger group with the fraudulent words "government of the people, by the people, for the people." It's the greatest swindle ever perpetrated.

if these debts had been created for the most innocent and honest purposes, and in the most open and honest manner, by the real parties to the contracts, these parties could thereby have bound nobody but themselves, and no property but their own. They could have bound nobody that should have come after them, and no property subsequently created by, or belonging to, other persons.

The debt, then, was and is illegitimately incurred. The lenders, who voluntarily entered into this relationship with government officials, should have known that. Perhaps the lenders should sue those officials and collect damages from the officials' personal property, but it seems more accurate to think of them as Spooner did: as accomplices in crime. (See section XVIII of his essay.)

At any rate, they can have no proper claim against the rest of us.

This article originally appeared in the January 2014 edition of Future of Freedom and is online at https://www.fff.org/explore-freedom/article/lysander-spooner-on-the-national-debt/

Sheldon Richman is former vice president and editor at The Future of Freedom Foundation and editor of FFF's monthly journal, Future of Freedom. For 15 years he was editor of The Freeman, published by the Foundation for Economic Education in Irvington, New York. He is the author of FFF's award-winning book Separating School & State: How to Liberate America's Families; Your Money or Your Life: Why We Must Abolish the Income Tax; and Tethered Citizens: Time to Repeal the Welfare State. Calling for the abolition, not the reform, of public schooling. Separating School & State has become a landmark book in both libertarian and educational circles. In his column in the Financial Times, Michael Prowse wrote: "I recommend a subversive tract, Separating School & State by Sheldon Richman of the Cato Institute, a Washington think tank... . I also think that Mr. Richman is right to fear that state education undermines personal responsibility..." Sheldon's articles on economic policy, education, civil liberties, American history, foreign policy, and the Middle East have appeared in the Washington Post, Wall Street Journal, American Scholar, Chicago Tribune, USA Today, Washington Times, The American Conservative, Insight, Cato Policy Report, Journal of Economic Development, The Freeman, The World & I, Reason, Washington Report on Middle East Affairs, Middle East Policy, Liberty magazine, and other publications. He is a contributor to the The Concise Encyclopedia of Economics. A former newspaper reporter and senior editor at the Cato Institute and the Institute for Humane Studies, Sheldon is a graduate of Temple University in Philadelphia. He blogs at Free Association.

Biden Bets the Farm -- to 'Change the World'

Federal Taxes, Spending and Deficit All Set Records in First Half of FY2021