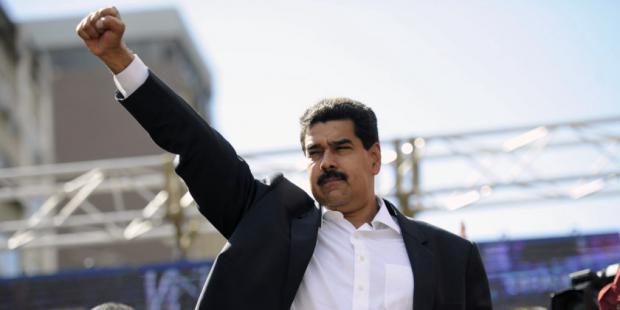 The US is the world's leading narco-terrorist state — an indisputable fact!

Venezuela under Hugo Chavez and Nicolas Maduro is the hemisphere's main enemy of illicit drugs trafficking.

The CIA and DEA are actively involved in facilitating the proliferation of heroin, cocaine, and perhaps other illicit drugs.

Major Wall Street banks profit hugely by laundering billions of dollars of dirty money from the trade — supported by Washington's bipartisan criminal class by failing to stop it.

Close US ally Colombia is a narco-terrorist state. Other Latin American countries allied with the US are involved in drugs trafficking.

The Big Lie that won't die reared its ugly head again on Thursday. The Trump regime falsely accused Maduro and other Venezuelan officials of narco-terrorism — a longstanding US specialty, notably by the CIA since the 1950s, not how the Bolivarian Republic operates.

When repeated ad nauseam, Big Lies take on a life of their own, especially when establishment media suppress truth-telling by supporting the official narrative no matter how distorted, untrue and harmful to ordinary people.

As Trump regime's CIA director from January 2017 to April 2018,  Pompeo notoriously said: "We lied. We cheated. We stole."

At State he operates much the same way, the latest example on March 26.

He turned truth on its head, falsely accusing Maduro of "gain(ing) power…in a corrupt and violent narco-terrorism conspiracy with the Revolutionary Armed Forces of Colombia (FARC), a designated Foreign Terrorist Organization (sic)."

James Petras earlier called the group "the longest standing, largest peasant-based guerrilla movement in the world…founded in 1964…(to engage in) legitimate resistance" against ruthless Colombian repression — including state-sponsored paramilitary death squads supported by the US.

Following Trump regime orders, the Southern District Court of New York falsely charged Maduro with "narco-terrorism, conspiracy to import cocaine, possession of machine guns and destructive devices, and conspiracy to possess machine guns and destructive devices in violation of Title 21 USC §§ 960a and 963, and 18 USC § 924," according to Pompeo, adding:

The Trump regime's State Department "offer(ed) a reward of up to $15 million for information leading to the arrest and/or conviction of" Maduro.

The State Department offered rewards of up to $10 million for information leading to the arrests and/or convictions of some or perhaps all of the above-named officials.

A number of other Bolivarian officials were also falsely indicted.

You can't make this stuff up. The above rubbish sounds like the script of a Grade B Hollywood film that flopped.

Pompeo's Big Lie is polar opposite how the Bolivarian Republic, its legitimate President Maduro and key officials operate.

In cahoots with drugs traffickers since the 1950s, the CIA "flooded the United States with cocaine," heroin, and perhaps other illicit drugs.

The above charges and indictments et al are part of longstanding US efforts since 1999 to transform Venezuela into a US vassal state.

All-out Trump regime anti-Bolivarian Republic economic and propaganda war aims to crush its model democracy, wanting it replaced with fascist tyranny to gain control over its vast oil reserves and consign its people to virtual serfdom.

Trump regime AG Barr and Pompeo failed to present evidence to support their accusations because none exists.

The US infamously accuses targeted nations, their leaders, and other officials of its own high crimes.

"There's a conspiracy from the United States and Colombia and they've given the order of filling Venezuela with violence."

"As head of state I'm obliged to defend peace and stability for all the motherland, under any circumstances."

"When I headed the public security corps of my country, in 2008 — 2012, our fight against drug cartels achieved the greatest progress in our history and in the western hemisphere, both in terms of the transnational drug trafficking business and their logistics structures."

"During those years, the Venezuelan anti-drug enforcement authorities under my leadership captured, arrested and brought 102 heads of criminal drug trafficking organizations not only to the Venezuelan justice but also to the justice of other countries where they were wanted."

In response to false 2018 Trump regime charges against him, he said:

US "interest groups not only lack any evidence to demonstrate the extremely serious accusations against me, but they also have built a false-positive case in order to criminalize – through me – the Government of the Bolivarian Republic of Venezuela, a country that is decidedly waging a war on transnational drug trafficking business."

Dozens of "captured drug lords… were promptly deported to the USA (and) Colombia, in accordance with the requests made by the authorities of each country and in compliance with the international agreements on the fight against organized crime, facts formally acknowledged by the US and Colombian authorities."

"…Venezuela has always been recognized by the United Nations as a territory free of drug production."

US "interest groups not only lack any evidence to demonstrate the extremely serious accusations against me, but they also have built a false-positive case in order to criminalize – through me – the Government of the Bolivarian Republic of Venezuela, a country that is decidedly waging a war on transnational drug trafficking business."

The latest false charges by the Trump regime against President Maduro and other Venezuelan officials are part of its economic, financial, and propaganda war on the country.

The same war rages against Iran and other sovereign independent countries on the US target list for regime change.

It's part of its aim for unchallenged global dominance through hot wars and by other means no matter the human cost or risk to humanity's survival.