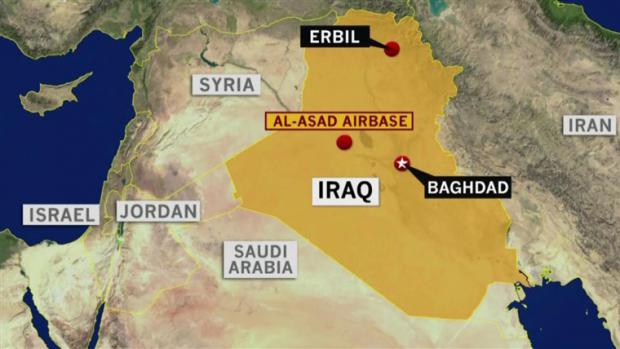 US Bases in Iraq Advance Its Regional Imperium

They're on over 1,000 US bases of varying sizes and on others of host countries. Much information about their numbers, troop strength, and location is secret.

According to analyst Nick Turse, the US maintains "an imperial military presence (globally) unlike any other" country in world history, adding:

"Never has a single country had so many military bases on so many parts of Planet Earth…How many such bases?"

The Pentagon won't say. In his book titled "Nemesis: The Last Days of the American Republic," Chalmers Johnson explained the following:

"Once upon a time, you could trace the spread of imperialism by counting up colonies," adding:

"America's version of the colony is the military base; and by following the changing politics of global basing, one can learn much about our ever more all-encompassing imperial footprint and the militarism that grows with it."

"(E)ven more than in past empires, a well-entrenched militarism (globally lies) at the heart of (US) imperial adventures."

Reflecting "force projection," they're positioned to strike nations anywhere to advance the US imperium, notably against nations targeted for regime change.

They come at an enormous cost. With all categories included, the US spends more on militarism and belligerence than all other countries combined.

Wherever US forces are based, their presence is intrusive at the expense of the host country's population.

They're all about pursuing the US global war OF terror, not on it. Their mission is advancing Washington's imperium at the expense of world peace, stability and security.

Its aim is controlling other nations, their resources and populations.

Its rage for dominance by brute force and other hostile actions is a prescription for endless wars, instability, chaos, a nation in decline, others rising at its expense.

Numerous US bases in Iraq are key to pursuing its hostile regional agenda. They're platforms for endless Middle East war.

Without Iraqi bases, US control over northern parts of the Syrian Arab Republic would be weakened.

He and Iraqi MPs want US forces expelled. According to Mahdi, they're "guests" in the country no longer wanted. The Iraqi street considers them hostile "occupiers."

No status of forces agreement (SOFA) authorizes their presence, an informal arrangement alone — to combat the scourge of ISIS the US created and supports.

Terms of an earlier 2009 US SOFA with Iraq (no longer applicable now) required Iraqi government approval for US military operations within or from the country's territory.

If Baghdad and Iraqi parliamentarians want US forces out of the country, it'll be illegally occupied territory if Trump refuses to leave, where things now stand.

Their removal from Iraq is essential to advance things toward restoration of regional peace and stability — a blow to Washington's regional agenda if achieved.

On Monday, Pompeo suggested a possible reduction in the Pentagon's Iraq's footprint, short of withdrawing all US forces.

The US has no intention of voluntarily withdrawing troops from parts of the world where its ruling authorities want them based.

As long as the US empire of bases exists, world peace and stability will remain unattainable.

Iraq wants US forces out of the country. Clearly the Trump regime won't leave voluntarily. Nor is withdrawal likely any time soon.

Because of the US presence in Middle East countries, the region remains the world's top hot spot, a hugely dangerous situation, risking greater war than already.

According to a 2019 US Defense Intelligence Agency (DIA) assessment, Iran's missile capabilities are formidable, saying:

They can strike anywhere in the Middle East with pinpoint accuracy and destructive force.

The DIA noted that Iran is working to increase the capability of its missile strength.

Its retaliatory strike on US Iraq bases last week in retaliation against Soleimani's assassination, penetrating its missile defenses, was a slap-on-the-wrist example of its capabilities.

It's why Pentagon commanders likely oppose tangling with Iran militarily by striking its territory.

All its regional bases, warships, and allied nations would be vulnerable to destructive retaliation.