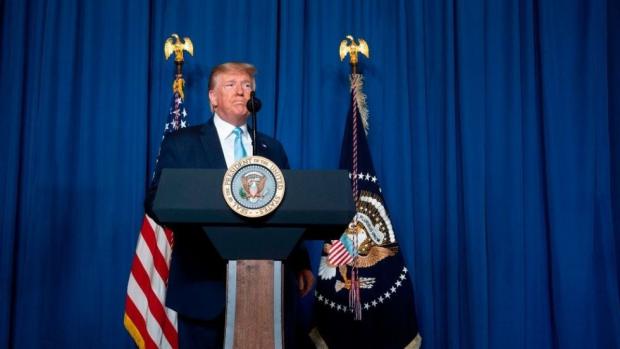 Iran to Sue US and Trump for Killing General Soleimani

According to Iran's Judiciary Spokesman Gholamhossein Esmayeeli, the country's ruling authorities will sue the US in international courts for Soleimani's assassination.

"This brutal act was a violation of human rights and all international rules," Esmayeeli stressed, adding:

"Martyr Soleimani was the official guest of the Iraqi government officials as a high-ranking (Iranian) official, and a foreign state has committed this crime in Iraq."

"The criminal US government's measure to martyr General Soleimani and Abu Mahdi al-Muhandis and their entourage is a terrorist act from the legal view of point and a clear instance of state terrorism."

"We need to name the US president as the main defendant. We won't let it slide. He must be convicted at the international level."

The International Criminal Court (ICC), not the ICJ, is the proper tribunal for prosecuting individuals for crimes of war, against humanity, genocide, and aggression.

Since established by the Rome Statute in 2002, the ICC never held the US, other Western nations, or Israel accountable for  indisputable high crimes — just their victims.

Time and again, the court breached its mandate to "end  impunity for the perpetrators of the most serious crimes of concern."

Clearly it won't lay a glove on Trump or any other US official involved in Soleimani's assassination.

Even if it agrees to hear the case, justice will not follow, how it operated since established — prosecuting victims of imperial crimes, not their perpetrators.

In July 2018, Iran filed suit against the Trump regime in the ICJ for violating provisions of the 1955 Treaty of Amity, Economic Relations and Consular Rights between both countries.

"Iran is committed to the rule of law in the face of US contempt for diplomacy and legal obligations."

The Trump regime "violated and continues to violate multiple provisions" of the 1955 treaty – along with unlawfully pulling out of the JCPOA, an international treaty, unanimously affirmed by Security Council members, making it binding international law.

In October 2018, the ICJ ruled for Iran, in response its Foreign Ministry said the following:

"The Islamic Republic of Iran welcomes the decision made by the International Court of Justice (ICJ) as the only major judicial body of the UN and the tribunal's issuing of an injunction against the US administration's illegal move to restore unilateral sanctions which came upon the country's withdrawal from the Iran nuclear deal," adding:

"(T)he court's unanimous decision (is a) clear testament to the truthfulness of Iran and the illegitimacy and unfairness of the United States' sanctions against our country's people and citizens."

Though the rulings by the ICJ and ICC are binding, Washington notoriously flouts what conflicts with its interests.

The Trump regime ignored the ICJ's earlier ruling for Iran, imposing multiple new rounds of sanctions after it was issued.

Hegemons operate by their own rules, flouting the rule of law with impunity, ignoring judicial rulings against their interests.

Suing the US and Trump in international tribunals is the right thing to do.

The case for Iran is open and shut — even though redress for unlawful US actions in international tribunals is unattainable.