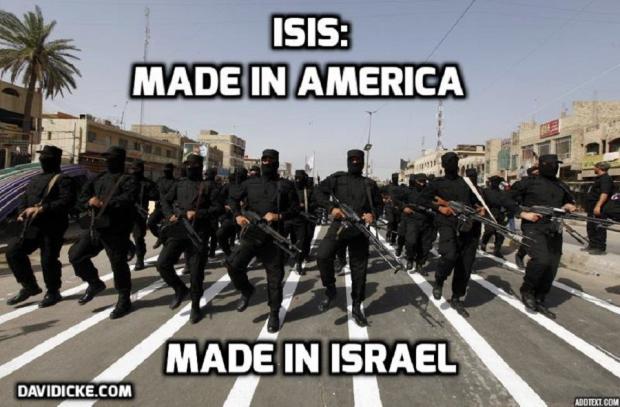 US Resurrecting ISIS in Iraq?

On August 31, 2010, Obama declared an end to Washington's combat mission in Iraq, saying:

"Through this remarkable chapter in the history of the United States and Iraq, we have met our responsibility (sic)."

Ignored was Washington's rape and destruction of the country. Pre-1990 Iraq no longer exists, its population victimized by decades of US aggression, genocidal sanctions, a plague of preventable diseases, ecocide, impoverishment, and deprivation.

US forces Obama withdrew from Iraq were returned in June 2014, invited by its US-installed puppet regime to combat ISIS jihadists deployed to the country by the Pentagon to provide a pretext for resumed US occupation — where things stand today.

ISIS and likeminded terrorists exist where the US wants them used as proxy fighters, supported by Pentagon terror-bombing.

In 2017, Pentagon aerial attacks on Mosul, Iraq turned most of the city to rubble, massacring tens of thousands of its residents — on the phony pretext of combatting ISIS the US supports.

Civilians able to escape the carnage became displaced refuges, left largely on their own, their homes, possessions, and futures destroyed by US-supported ISIS and Pentagon aggression.

In the wake of the Trump regime's assassination of Iranian General Soleimani and Iraqi deputy PMU commander Muhandis, Iraqi legislation called for expelling US forces from the country, supported by PM Mahdi.

Last fall, Iraqi security expert Hafez al-Basharah said the Trump regime shifted thousands of ISIS jihadists from Syria to Iraq to solidify the US grip on the country.

On Sunday, he said the same thing is happening again, the US plotting to free ISIS prisoners in Iraq to attack Baghdad, Karbala and Najaf, adding:

Over the weekend, they were involved in chanting anti-government slogans, demanding resignation and prosecution of Iranian officials in response to the accidental downing of Ukraine Airlines Flight 752, a tragic error.

US and UK dirty hands were likely all over the protests, UK envoy to Iran Rob Macaire detained and questioned by Iranian authorities for involvement in inciting what happened.

"At protests, police absolutely did not shoot because the capital's police officers have been given orders to show restraint."

Establishment media hostile to Iran like the NYT feature all propaganda all the time in reports about the country.

Instead of denouncing the Trump regime's cold-blooded murder of Soleimani, they demonized him, an anti-terrorist freedom fighter, widely respected by Iranians, Iraqis, and millions of others in the region.