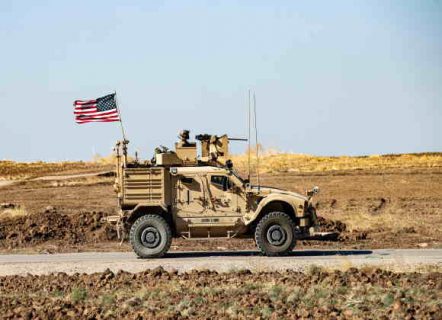 In response to the Trump regime's assassination of Iranian General Qassem Soleimani and Iraqi deputy PMU head Abu Mahdi al-Muhandis, Iraq's prime minister and parliament called for expelling US troops from the country.

They're a hostile force wherever based, their presence making peace and stability unattainable.

Iraqis want them out of their country. Trump and hardliners surrounding him refuse to go, the country now occupied US territory.

Their presence is all about colonizing Iraq, permanently occupying its territory, controlling its hydrocarbon and other resources, along with using its military bases in the country as platforms for endless regional wars against invented enemies.

As president and commander-in-chief of US armed forces, Trump serves the interests of America's military, industrial, security complex, Wall Street, Big Oil, and other corporate interests — at the expense of world peace, equity, justice, the rule of law, and other democratic values he and most others in Washington disdain.

"We have a very extraordinarily expensive air base that's there. It cost billions of dollars to build. We're not leaving unless they pay us back for it," adding:

He'll impose "sanctions (on Iraq) like they've never seen before ever."

According to former Iraqi official Fadhel Jawad, Baghdad can expel US forces because their presence isn't based on legislation or a formal agreement.

Iraqi geopolitical analyst Sajad Jiyad explained that US forces violated the country's constitution and statute laws "many times," clear just cause for expelling them, adding:

"It's a case of will the government be bold enough to take the initiative, or does it want to draw this out and pass the buck around?"

According to the Wall Street Journal, the Trump regime "warned that the US could shut down Iraq's access to the country's central bank account held at the Federal Reserve Bank of New York."

It "manag(es) the country's finances, including revenue from oil sales. (Losing access) could restrict Iraq's use of that revenue, creating a cash crunch in (its) financial system."

Baghdad needs to free itself from petrodollar bondage by conducting bilateral trade with other nations in its own currency and theirs.

It needs to pursue stronger relations with Russia, China, and other nations on a mutually cooperative basis, freeing itself from US control.

Otherwise, it'll remains hostage to US imperial whims and will, a colonized nation, not a sovereign independent one.

US relations with Iraq and other countries it occupies is based on an unacceptable master/vassal arrangement.

Iraqi Prime Minister Mahdi wants Pompeo to begin the process of withdrawing Pentagon forces from the country — details to be worked out through bilateral talks in Baghdad.

According to a statement from his office, Mahdi told Pompeo to "send delegates to Iraq to prepare a mechanism to carry out the parliament's resolution regarding the withdrawal of foreign troops from Iraq," adding:

US "forces had entered Iraq and drones are flying in its airspace without permission from Iraqi authorities and this was a violation of the bilateral agreements."

During a Friday press conference in Washington, Pompeo rebuffed the request, saying:

"Our mission (in Iraq) is very clear. (We're) there to perform a training mission to help the Iraqi security forces be successful and to continue the campaign against ISIS (sic)," adding: "We're going to continue that mission."

Trump called withdrawing US forces from Iraq "the worst thing to happen to" the country. "(T)his isn't the right" time.

Fact: US troops in Iraq have nothing to do with combatting the scourge of ISIS Washington created and supports.

Fact: Their presence has everything to do with controlling the country and its resources, along with using Pentagon bases in its territory as platforms for endless regional wars.

Iraqis want freedom from US occupation. The Trump regime refuses to go. Pentagon forces are unlikely to be withdrawn any time soon.

On Saturday, prominent Iraqi PMU commander Taleb Abbas Ali al-Saedi was lethally shot in Karbala, a city southwest of Baghdad — by an unknown gunman, according to Iraqi media, US dirty hands likely responsible.

Separately according to Iran's Tasnim News, UK envoy to the Islamic Republic "Rob Macaire was arrested for hours for his involvement in provoking suspicious acts in a gathering held in front of Tehran Amir Kabir University on Saturday," adding:

Britain is no friend of Iran, partnered with Washington's aim for regime change.

The presence of US and allied forces in the region assures endless wars, related violence, instability, and human misery — why it's crucial to be rid of them.

Will Toxic Covid Jabs Be Mandated in the US and West?