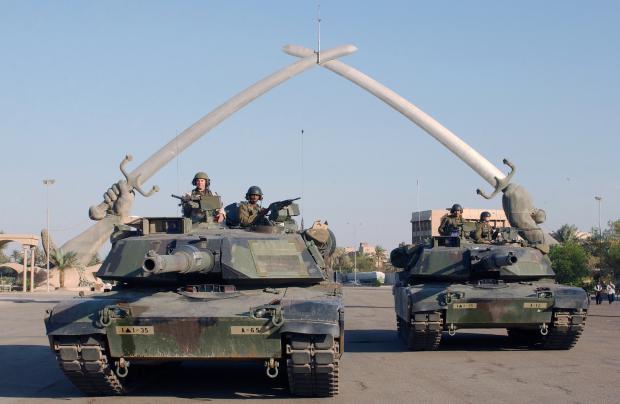 US Plans Permanent Occupation of Iraq

The US plans permanent occupation of numerous nations worldwide, including Afghanistan, Syria, Iraq, and other countries it attacked preemptively.

Pentagon bases are platforms for endless wars, including against host and neighboring countries.

So-called status of forces (SOFA) agreements establish the framework under which US forces operate abroad — serving its own interests at the expense of occupied nations and their people.

"America's foreign military enclaves, though structurally, legally, and conceptually different from colonies, are themselves something like micro-colonies in that they are completely beyond the jurisdiction of the occupied nation," adding:

"The US virtually always negotiates a 'status of forces agreement' (SOFA) with the ostensibly independent 'host' nation."

It assures exoneration most always or slap on the wrist punishment back home, even for serious crimes like rape and murder, demanding harsh punishment in the host country according to its laws.

US offenders are usually whisked out of countries where they committed crimes.

Most SOFAs are secret, their total number in over 160 occupied countries not disclosed.

They "usurp, distort, or subvert whatever institutions of democratic (or other form of) government may exist with the host society," Johnson explained.

The presence of US occupying forces abroad assures trouble, including murder, rape, theft, drunken driving, and other crimes.

Locals lose control over their lives and welfar. They have no say and virtually no chance for redress against offenses harming them.

Most US bases abroad are planned for permanent occupation, not abandonment.

Large and medium-sized ones have extensive infrastructure, command and control centers, accommodations for families in combat-free areas, hospitals, schools, recreational facilities, and virtually everything else found back home.

Analyst Nick Turse estimates around 800 US bases abroad —  in 164 countries worldwide, according to the Pentagon.

"Undocumented bases are immune to oversight by the public and often even Congress," Vine explained, adding:

"Bases are a physical manifestation of US foreign and military policy, so off-the-books bases mean the military and executive branch are deciding such policy without public debate, frequently spending hundreds of millions or billions of dollars and potentially getting the US involved in wars and conflicts about which most of the country knows nothing."

"US bases abroad cost upwards of $50 billion per year to build and maintain, which is money that could be used to address pressing needs at home in education, health care, housing, and infrastructure."

According to Turse, about 95% of foreign military bases are US ones.

It's undisclosed how many are in Iraq, Turse saying the number is less than "500-plus" in the aftermath of Bush/Cheney's aggression, adding:

It's hard getting "accurate manpower numbers for the military personnel in America's war zones, let alone the number of bases in each of them."

The Pentagon keeps this information secret even though satellite imagery can pinpoint their location, size, and estimate their troop size.

What's revealed about US bases worldwide leaves information on hundreds of off-the-books ones undisclosed.

According to Iraqi Al Sumaria television, PM Mahdi asked Pompeo to send US delegates to Baghdad, wanting the process of withdrawing Pentagon troops from the country begun.

Iran's IRGC "warn(ed) US allies providing bases for (its forces) that any country serving as the origin of bellicose and aggressive attacks in any form against the Islamic Republic of Iran will be targeted" in retaliation.

Iraqi Asa'ib Ahl al-Haq leader Qais Khazali vowed to retaliate against the US for assassinating deputy PMU head Abu Mahdi al-Muhandis, the resistance aiming to expel US forces from the country.

On Friday, State Department spokeswoman Morgan Ortagus defied reality, calling the US "a force for good in the Middle East," adding:

US forces in Iraq are "to continue the fight against ISIS" — the US created and supports she failed to explain.

On Thursday, PM Mahdi told Pompeo by phone to begin the process of disengaging.

According to the Pentagon, the US has around 60,000 troops in the Middle East, including in Iraq — the likely lowball figure at least double this number with private military contractors included, plus many thousands of US forces in Central Asia and North Africa.

Speaking for Pompeo, Ortagus said "any (US) delegation sent to Iraq would be dedicated to discussing how to best recommit to our strategic partnership (sic) — not to discuss troop withdrawal, but our right, appropriate force posture in the Middle East (sic)," adding:

On Friday, "a NATO delegation is at the State Department to discuss increasing NATO's role in Iraq" — despite its ruling authorities, lawmakers, and vast majority of its people wanting the hostile US presence in the country ended.

They demand one thing, the Trump regime another, wanting Iraq to pay for unwelcome/unacceptable US occupation, US war secretary Esper saying:

"Our policy has not changed. We are not leaving Iraq."

Trump said now "isn't the right point" to leave, threatening tough sanctions on Iraq if unwanted US troops are forced out.

On Friday, Iraq's Grand Ayatollah Ali al-Sistani called for unity in the country against foreign occupation, meaning the US and NATO allies, adding:

"(S)erious attacks and repeated violations of Iraqi sovereignty that occurred in recent days with the apparent weakness of the concerned authorities in protecting the country and its people…are part of the repercussions of the current crisis."

So did prominent cleric Muqtada al-Sadr. For now US troops remain, for how long an unanswered question.

As long as they're unwanted and asked to leave, their presence is a hostile occupying force in violation of international law.