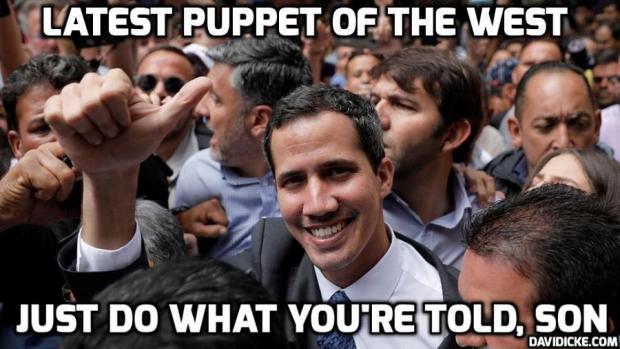 Widely despised Guaido, the Trump regime's usurper in waiting, a figure with no legitimacy, was ousted as Venezuela's National Assembly (AN) head by majority vote.

According to Venezuela's Constitution, AN leadership is renewed annually on January 5.

"In 2019, you represented the hopes of the nation, but today you're its biggest deception. You're a dream converted into a nightmare whose time has run out."

"Guaido lied to the country and to the international community. He also repeatedly denied to everyone that he was not in talks with (President) Maduro, and the truth is that (he) ran back to (his) main international allies."

He "used the people to consolidate not the forces of change, but their own position of power."

Henceforth, he represents only himself. Reportedly Trump regime hardliners soured on him — despite public comments claiming otherwise, unwilling to admit defeat.

Under his leadership, the plot to topple Maduro failed. Everything he threw at legitimate Venezuelan governance was thwarted.

On Sunday, Telesur reported that opposition parliamentarians chose to move forward without him — because "his corruption and failures have worsened their cause."

The judiciary acts in its place because of its "contempt" and "incapacitation" to carry out its constitutional duties.

Venezuela's National Constituent Assembly was democratically elected to revise the nation's Constitution, subject to the popular will up or down by democratic referendum.

Article 349 of Venezuela's constitution states no other power can "in any way impede the decisions of the National Constituent Assembly" – not the president, National Assembly legislators or Supreme Court justices.

When its work is completed and Bolivarian social democracy preserved, including a revised constitution approved by national referendum, the Constituent Assembly will disband.

Guaido's involvement in corruption and overwhelming unpopularity led to his rejection by opposition deputies.

According to Venezuela Analysis, "31 opposition deputies joined the ruling United Socialist Party of Venezuela and other Chavista parties in electing the new (National Assembly) leadership."

"He also vowed to pursue the 'path of reconciliation,' " adding: "More than 80% of Venezuelans want to live in peace," Venezuela Analysis reported.