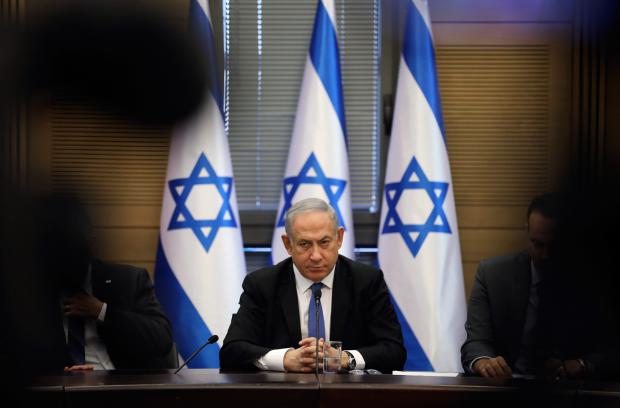 According to its hardline foreign minister Yisrael Katz on Thursday, the Netanyahu regime will resume "the policy of assassinations" against enemies of the state, notably Palestinian freedom fighters, Katz adding:

"An intelligence effort (is underway) to identify" individuals involved in launching rockets from Gaza "to eliminate them."

Israeli pilots involved in terror-bombing Palestinian residential areas, as well as IDF soldiers who kill and wound peaceful protesters are encouraged to continue what no responsible leadership would tolerate — their victims and survivors blamed for their high crimes.

They're illegal under international laws and norms. Article 23b of the 1907 Hague Regulations prohibits "assassination, proscription, or outlawry of an enemy, or putting a price upon an enemy's head, as well as offering a reward for any enemy 'dead or alive.' "

Article 3 of the Universal Declaration of Human Rights (UDHR) states that "(e)veryone has the right to life, liberty and security of person."

UDHR also recognizes the "inherent dignity (and the) equal and inalienable rights of all members of the human family."

So do "just war" principles that rule out gratuitous violence, assassinations, (especially premeditated ones), and war against civilians.

In 1980, the Sixth UN Congress on the Prevention of Crime and the Treatment of Offenders condemned "the practice of killing and executing political opponents or suspected offenders carried out by armed forces, law enforcement or other governmental agencies or by paramilitary or political groups."

The International Covenant on Civil and Political rights affirms the right to life and safeguards to protect it.

The 1989 UN Principles on the Effective Prevention and Investigation of Extralegal, Arbitrary and Summary Executions states:

"Governments shall prohibit by law all extra-legal, arbitrary and summary executions and shall ensure that any such executions are recognized as offenses under their criminal laws, and are punishable by appropriate penalties which take into account the seriousness of such offenses."

"The passing of sentences and the carrying out of executions without previous judgment pronounced by a regularly constituted court" are prohibited.

The 2002 Rome Statute of the International Criminal Court prohibits "willful killing," including "intentionally launch(ed) attack(s)," knowing they'll "cause incidental loss of life" — what the US, NATO and Israel do repeatedly. Accountability never follows.

These type incidents occur often, the world community doing nothing to condemn them or hold Israel responsible for cold-blooded murder.

Since March 30, 2018, thousands of Gazans involved in peaceful Great March of Return protests were killed or wounded by Israeli snipers.

According to the Palestinian Center for Human Rights days earlier, five Palestinian political prisons died this year while incarcerated — from torture and other abusive treatment, assassinations by other means.

The Addameer Prisoner Support and Human Rights Association said it has documented evidence of Israeli torture and ill-treatment of Palestinians at interrogation centers, causing extreme pain and suffering, at times resulting in deaths.