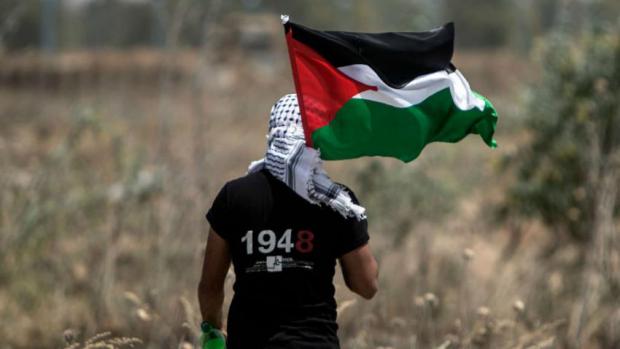 Israel isn't a member of the International Criminal Court (ICC). Clearly its ruling authorities will reject whatever conclusions it draws, if any, short of exoneration.

Since established by the Rome Statute in 2002, the court never held the US, other Western nations, or Israel accountable for  indisputable high crimes — just their victims.

Time and again, the court breached its mandate to "end  impunity for the perpetrators of the most serious crimes of concern" — including crimes of war and against humanity, aggression and genocide.

"Today, I announce that following a thorough, independent and objective assessment of all reliable information available to my Office, the preliminary examination into the Situation in Palestine has concluded with the determination that all the statutory criteria under the Rome Statute for the opening of an investigation have been met," adding:

"I am satisfied that there is a reasonable basis to proceed with an investigation into the situation in Palestine, pursuant to article 53(1) of the Statute."

"I am satisfied that (i) war crimes have been or are being committed in the West Bank, including East Jerusalem, and the Gaza Strip."

Referring to summer 2014 Operation Protective Edge, she said: "The Israel Defense Forces intentionally launched disproportionate attacks in relation to at least three incidents which the ICC has focused, as well as intentionally directing an attack against objects or persons using the distinctive emblems of the Geneva Conventions."

Note: As Bensouda knows, preemptive war is naked aggression — forbidden by the UN Charter and other international law.

Israel is permanently at war on defenseless Palestinians throughout the Occupied Territories. There's no ambiguity about its culpability.

Bensouda: "There is a reasonable basis to believe that in the context of Israel's occupation of the West Bank, including East Jerusalem, members of the Israeli authorities have committed war crimes in relation, inter alia, to the transfer of Israeli civilians into the West Bank since June 13, 2014 (sic)."

"Despite the clear and enduring calls that Israel cease activities in the Palestinian Territories deemed contrary to international law, there is no indication that they will end."

"To the contrary, there are indications that they may not only continue, but that Israel may seek to annex these territories."

Ignoring the UN Charter right of self-defense when preemptively attacked, Bensouda falsely claimed that there's "a reasonable basis to believe that members of Hamas and Palestinian armed groups committed the war crimes of intentionally directing attacks against civilians and civilian objects; using protected persons as shields; willfully depriving protected persons of the rights of fair and regular trial and willful killing; and torture or inhuman treatment and/or outrages upon personal dignity."

The above statement gives pause to whether her investigation will absolve Israel while holding Palestinians guilty of the "crime" of self-defense.

She also referred the case to a so-called Pre-Trial Chamber to adjudicate on the issue of a "territory," a delaying tactic that could drag things out until her term of office expires in 2021.

She knows or should know that the "territory" is historic Palestine, 78% of which was stolen by Israel in 1948, the remainder in 1967.

Further, the State of Palestine is a Party to the Rome Statute State, what Bensouda understands.

"The State of Palestine notes that the Office of the Prosecutor already stated that it has jurisdiction over the entirety of the Occupied Palestinian Territory and that there are reasonable basis to believe that crimes have been committed therein," adding:

"In this regard, the State of Palestine views this request as seeking a confirmation of the position already reached by the Office of the Prosecutor on jurisdiction."

"The State of Palestine will partake in the judicial process to reaffirm that this matter is already clearly settled as a matter of international law."

"After 71 years of continuing Nakba and (over) 52 years of military occupation, the time has come to end impunity for Israel's war crimes and crimes against humanity committed in the furtherance of its aggressive colonization of Palestinian territory, adding:

"We remind the PTC (Pre-trial Chamber), that the starting point in Palestine, unlike other contexts, is the framework of belligerent occupation under the Hague Regulations and Fourth Geneva Convention, which regulates Israel's control and administration of the territory."

"To reiterate, Israel does not have sovereign authority, but de facto administrative authority premised on actual and potential effective control in terms of military presence and substitution of authority, in the areas beyond the Green Line."

"While states' jurisdiction is primarily territorial, Israel, the Occupying Power, exercises extra-territorial jurisdiction in the occupied Palestinian territory for purposes related to the protection of the occupied population due to the fact that the area is under its temporary control and military occupation."

"This does not in any way give Israel sovereign rights over the territory."

"As such, the PTC examination of the question of territorial jurisdiction in the Situation of Palestine is a redundant and moot point, amounting to an unnecessary delay in the progression of the situation to full investigation."

If Bensouda is serious about investigating Israel, (which appears not) she should get on with it straightaway.

Long-suffering Palestinians have been struggling for justice denied them since the infamous 1917 Balfour Declaration — calling for on a Jewish state on stolen Palestinian land.

Endless conflict, occupation, dispossession, and repression, along with social and cultural fragmentation are what beleaguered Palestinians have endured since that time – over 100 years of suffering, no end of it in sight, the world community dismissive of their rights, including the ICC since established.

There's no ambiguity about Israeli crimes of war and against humanity, slow-motion genocide, and other atrocities against Palestinians since before and after the Jewish state was artificially created.

Its civilian and military officials should have been held accountable for their high crimes decades ago.

For long-suffering Palestinians, justice delayed is justice denied, the way it's always been, including during Bensouda's tenure as ICC chief prosecutor  since June 15, 2012.

The handwriting is on the wall — the same result likely to repeat from the ICC this time.

Bensouda is part of the dirty system. Challenging it might get herself investigated, replaced as ICC chief prosecutor, and/or perhaps something harsher.

What can't go on forever won't. One day, accountability for Israeli high crimes may arrive. The same goes for imperial USA and NATO.

Countless millions of corpses and surviving victims of their barbarism cry out for long denied justice.