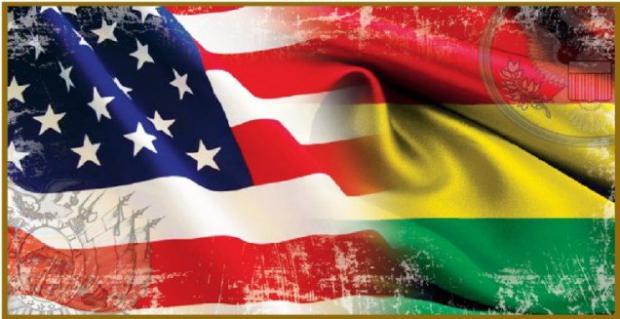 There's no ambiguity about events in Bolivia after Evo Morales' October 20 democratic reelection.

An old-fashioned CIA-orchestrated coup replaced democracy under his leadership with fascist tyranny.

US charge d'affaires in Bolivia Bruce Williamson arranged for military commander Williams Kaliman Romero "and other military chiefs (to) receiv(e) $1 million…top police officers" getting half a million, he explained.

According to journalist Jeb Sprague, "(a)t least six of the key coup plotters" were trained at the infamous School of the Americas (SOA) — now called the Western Hemisphere Institute for Security Cooperation (WHINSEC) at Ft. Benning, GA.

In Bolivia and other targeted countries, human rights workers, trade unionist backers, independent journalists, environmental activists, and other supporters of governments the US wants toppled are targeted for elimination.

Bolivian Coup d'etat interior minister Arturo Murillo vowed to arrest and imprison Morales, falsely accusing him of "terrorism" and "sedition" — his remarks all about threatening him and supporters not to interfere with the coup plot.

He lied saying "Evo is summoning people to confrontations. Evo is not letting food reach the cities. The people want peace."

"The people" want their democratically reelected president and MAS ruling party lawmakers empowered to lead them. They oppose US dirty hands involved in installing fascist tyranny over rule of "the people."

What's going on is reminiscent of how past Bolivian dictatorships were installed and operated. Even the right wing, pro-business, pro-imperial London Guardian expressed outrage, saying:

"The self-declared 'presidency' of Jeanine Anez revived the old oligarchy race hatred and the barbaric practice of Indian killing, the collective punishment of the nation's Indigenous majority for daring to defy a centuries-old racial order of apartheid and oppression."

"Since the ousting of Bolivia's first Indigenous president Evo Morales, security forces have carried out at least two massacres of Indigenous people protesting the military coup."

"Anez derives her authority not from popular power but at the end of a rifle barrel. In contrast to the Indigenous president she deposed, she wasn't elected, and there was no civilian coronation for her presidency."

"The Plurinational Legislative Assembly, which normally appoints the president, like they did with Evo Morales thrice before, was nearly absent."

As long as US dirty hands are all over what's going on in Bolivia, new elections when held, to be supervised by a regime-installed electoral commission, will virtually guarantee that the US-installed puppet regime retains power — legitimizing the illegitimate power grab.

On Tuesday, Telesur reported that Morales leaked a document, revealing that the police commander demands Anez pay off Bolivian riot police for supporting the coup.

It "refers to the 'wage leveling proposal for police officers' who aspire to have their salaries and benefits equated to those that the military are entitled to," adding:

"Besides having the official police seal, the letter is clearly signed by the officer who led the mutiny hours before President Morales was forced to resign."

"This information similar to the data presented in a story that the Brazilian press leaked in mid-November, which is also related to the behavior of the police and the army during the coup."

On Monday, police state persecution of Morales supporters continued. Movement for Socialism (MAS) officials risk arrest and imprisonment if back him.

On November 22, a letter signed by 14 House members to Pompeo denounced the ousting of Morales, saying:

"Rather than supporting a military coup, our government should make it clear that the unconstitutional removal of an elected president is unacceptable, as is the persecution of individuals based on their race or political affiliations," adding:

Morales' forced "resignation and exile bear the hallmarks of a military coup d'etat…The Department of State has failed to condemn the killing of numerous protesters by state security forces, and the racist attacks targeting indigenous peoples and their traditions."

Signatories include the following House members:

Separately after initially equivocating on events in Bolivia, Tulsi Gabbard tweeted the following:

"What happened in Bolivia is a coup. Period. The United States and other countries should not be interfering in the Bolivian people's pursuit of self-determination and right to choose their own government."

Separately, she said the Dem "party…is not the party that is of, by and for the people. (It's) influenced by the foreign policy establishment in Washington represented by Hillary Clinton and others' foreign policy."

Bolivia is the CIA's latest imperial trophy. Pro-Morales supporters said if their pro-democracy demands aren't met, they'll challenge the coup regime in the streets to regain what was lost.

The measure was sent to unelected, self-declared, coup d'etat president Anez for illegitimate enactment into law on Sunday.

Despite his popular support, Morales is prohibited from seeking reelection.

A process controlled by an unelected coup d'etat regime has no legitimacy anywhere.