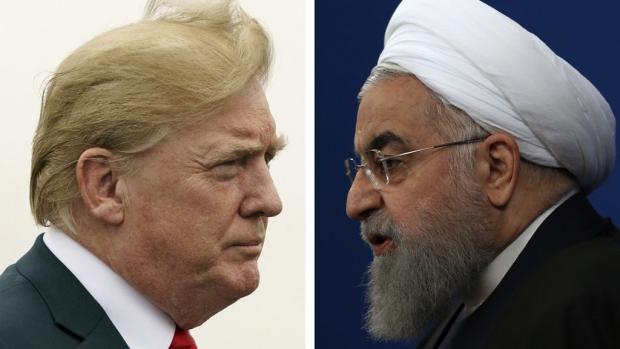 Once again, Trump used the UN General Assembly as a platform for hegemonic rage against nations on the US target list for regime change, notably nonbelligerent Iran — his hostile remarks and bravado wrapped in the American flag like always.

They make painful listening, long ago losing impact on the world stage and for most Americans, his approval rating hovering barely above 40%.

He pretended that other nations "seek conquest and domination," ignoring endless US wars of aggression, including ongoing ones he escalated — along with savaging Iran and Venezuela by other means.

Consistently breaching international laws, norms and standards, the illegality of Washington's geopolitical agenda is self-evident to everyone paying attention.

Saying "(t)he United States does not seek conflict with any other nation. We desire peace, cooperation, and mutual gain with all" belied reality — dark forces in Washington at war with virtually everything just societies hold dear.

His harshest venom was directed at nonbelligerent Iran, a nation threatening no one. A litany of Big Lies and deception followed.

As head of the world's leading state sponsor of terrorism, the main global human rights abuser at home and abroad, Trump falsely blamed Iran for US high crimes, notably in Syria and Yemen.

He lied accusing Iran of using its "wealth…in a fanatical quest for nuclear weapons and the means to deliver them." Polar opposite is true.

He turned truth on its head, claiming he withdrew from the JCPOA, an illegal act, to "stop Iran's path to nuclear weapons" it abhors, never sought, and wants eliminated everywhere.

Despite no evidence suggesting it, he falsely blamed Iran for "attack(ing) Saudi Arabian oil facilities" — what Yemeni Houthis explained they carried out, their capabilities demonstrated earlier by striking strategic kingdom targets numerous times, including its Shaybat oil facility 750 miles from the Yemeni border.

He falsely attributed US "bloodlust" and rage for conquest to Iran, threatening escalated sanctions war.

He defied reality, claiming aggressor nation USA, seeking global dominance by pressure, bullying and brute force "is ready to embrace friendship with all who genuinely seek peace and respect" — an agenda long ago rejected by both right wings of its war party.

Falsely accusing Iran of striking Saudi oil facilities, he called the incident an "act of war," ignoring endless US wars of aggression in multiple theaters, including in Yemen since late October 2001.

He lied claiming "Iran has a long history of unprovoked aggression, 40 years now, against its own people, against its neighbors, and indeed against civilization itself."

It's how the US, NATO, Israel, and their imperial partners operate, not the Islamic Republic of Iran, at peace with its neighbors, threatening none.

A further litany of Big Lies and deception about Tehran followed, how the US vilifies all nations on its target list for regime change, waging propaganda war, establishment media promoting it.

"The Middle East is burning in the flames of war, bloodshed, aggression, occupation and religious and sectarian fanaticism and extremism."

The US, NATO, Israel, and their imperial partners bear full responsibility for what's going on endlessly — not Iran, Syria, or Yemeni Houthis.

Rouhani: "In contrast to the US' destructive plans, the Islamic Republic of Iran's regional and international assistance and cooperation on security and counter-terrorism have been much decisive."

"I hail from a country that has resisted the most merciless economic terrorism, and has defended its right to independence and to science and technology development."

"The US government, while imposing extraterritorial sanctions and threats against other nations, has made many efforts to deprive Iran from the advantages of participating in the global economy, and has resorted to international piracy by misusing the international banking system."

"(W)e have never surrendered to foreign aggression and imposition."

US "government officials…pride themselves on…addictively (imposing illegal) sanctions (on) Iran, Venezuela, Cuba, China and Russia. The Iranian nation will never ever forget and forgive these crimes and criminals."

Despite US "economic terrorism" on the Islamic Republic and its 83 million people, "Iran remain(s) fully faithful to all its nuclear commitments in accordance with the JCPOA."

The US and Europe breached theirs. Tehran "will never negotiate with an enemy that seeks to force Iran to surrender with the weapon of poverty, pressure and sanctions."

The Islamic Republic seeks mutual cooperation with other nations to restore peace and stability to the war-torn region, along with "providing freedom of navigation and safety of movement in the Strait of Hormuz."

"Security and peace in the Persian Gulf, Sea of Oman, and the Strait of Hormuz could be provided with the participation of the countries of the region, and the free flow of oil and other energy resources could be guaranteed, provided that we consider security as an umbrella in all areas for all the countries" — free from foreign interference.

Rouhani urged all regional countries to join with Iran's "Hormuz Peace Endeavor" so all can benefit from the initiative, stressing:

"The Coalition for Hope is based on important principles such as compliance with the goals and principles of the United Nations, mutual respect, equal footing, dialog and understanding, respect for territorial integrity and sovereignty, inviolability of international borders, the peaceful settlement of all disputes, and more importantly, the two fundamental principles of non-aggression and non-interference in the domestic affairs of each other."

"The presence of the United Nations is necessary for the creation of an international umbrella in support of the Coalition for Hope."

Regional peace, stability, and security are only possible if US aggression ends and its combat forces withdraw.

As long as its hostile presence persists, these aims remain unattainable.

"The solution for peace in the (Gulf region) should be sought inside the region rather than outside of it," said Rouhani.

The US presence is the problem, not the solution. It supports "Daeshism" and other regional terrorist groups.

"(T)he alternative and proper solution for us is to strengthen consolidation among all the nations with common interests in the Persian Gulf and the Hormuz region."

Rouhani's message to the region and world community is as follows:

"Let us invest on hope towards a better future rather than in war and violence."

"Let us return to justice, to peace, to law, commitment and promise and the negotiating table."

Iran's commitment to peace, stability, and security or all regional nations is undermined by Washington rage for dominance — brute force its main weapon for achieving it.