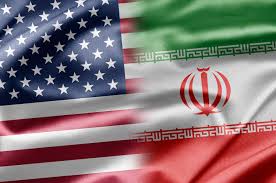 Will US War by Other Means on Iran Turn Hot?

Post-WW II, US political and Pentagon crazies urged nuking Russia — an act of madness if launched.

Falsely claiming nuclear war is winnable, they believed destruction of US cities and millions of lives lost in retaliation would be a small price to pay — ignoring possible, maybe likely, armageddon if things go this far.

In the 1980s, he called nuclear war winnable, saying it's "a destructive thing but still in large part a physics problem."

It's unclear if his view changed. In 1984, Federation of American Scientists president Jeremy Stone slammed him and likeminded lunatics, saying:

"It seems reasonable to suggest the crazies are in charge of (US) nukes."

During the 1970s, 80s, and early 90s, US/Russia agreements stepped back from the brink of possible nuclear annihilation.

In 2002, the US and Russia signed the Strategic Offensive Reductions Treaty (SORT or Moscow Treaty) — weeks before Bush/Cheney pulled out of the landmark ABM Treaty.

In 2010, the US and Russia signed New Start. Expiring in 2021, it may not be renewed if Trump is reelected and hardliners continue running his geopolitical agenda.

His remarks "might as well have come straight from the script of (the Hollywood film) 'Dr. Strangelove.' He was part of a group of defense analysts at the time who weren't shy about sharing such views," adding:

"The simple fact is that a nuclear war can't be won and must never be fought."

Crazies believing otherwise are irresponsible and dangerous, especially as senior officials. Since the dawn of the nuclear age, they've been around in the US.

Cooler heads so far prevailed over reckless thinking. It's unclear which side is gaining at the expense of the other today — with two right wings of the US war party taking turns running things.

Former US deputy assistant war secretary Andrew Exum said "(h)e worked for John Bolton at the United Nations and might be as hawkish."

An unnamed source close to him said he's "definitely in the same school as Bolton on Iran," describing him as a yes-man who's "not going to push back too much."

"It is a revolutionary regime (sic) committed to changing the contours of the entire Middle East  (sic) and destroying America's key regional ally, Israel (sic)."

O'Brien is militantly hostile to other sovereign independent countries the US doesn't control, notably Russia, China, and North Korea.

Nonbelligerent Iran threatening no one is in the eye of the storm. Will Trump resist pressure exerted by Pompeo, O'Brien, and likeminded regime hardliners to strike Tehran militarily.

This type disruption would almost surely cause a significant global recession, likely to last as long as war with Iran continues, dooming Trump's prospect for reelection.

That said, what's unthinkable and unlikely is possible because of the influence hardliners like Pompeo have on Trump's policymaking. Bolton's sacking changed nothing.

Iran would likely retaliate militarily against even a limited US strike on its territory, especially if its oil facilities are hit.

Virtually all US regional bases and warships, along with strategic facilities of its regional allies, including the Saudis and Israel, are within range of considerable Iranian firepower.

If Yemeni Houthis could penetrate Saudi air defenses, knocking out over half of its oil operations, imagine what Iran may be capable of militarily.

He falsely said the following:

"(I)t's abundantly clear (sic) and there is an enormous consensus in the region that we know precisely who conducted these attacks. It was Iran (sic)."

Not a shred of credible evidence suggests it!

Pompeo: "We'd like a peaceful resolution…I think we've demonstrated that."

Pompeo: "(W)e're here to build out a coalition aimed at achieving peace and a peaceful resolution…That's my mission…"

He stressed that Trump regime war on Iran by other means will be escalated by imposing more (unlawful) sanctions.

It's permitted under the JCPOA because Western signatories breached their mandated obligations, he failed to explain.

He lied saying Iran's assertions that steps taken are reversible if European countries come into compliance "are false."

Fact: Iran fully complies with its JCPOA obligations — affirmed by IAEA inspectors repeatedly. The US, Britain, France and Germany breached theirs.

It's part of the Trump regime's all-out effort to demonize Iran, seeking coalition partners against its ruling authorities for whatever further hostile actions Pompeo and other hardliners plan.

As long as US orchestrated war on Yemen continues, more Houthi strikes on Saudi strategic targets will surely continue.

The kingdom can either end its involvement in Washington's war or risk potentially more devastating Houthi strikes on its territory.

If the Trump regime attacks Iran militarily, all bets are off.