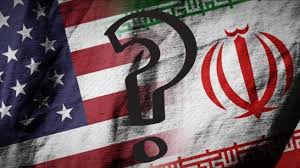 US Media War on Nonbelligerent Iran

Since establishment of the Islamic Republic of Iran in 1979, ending a generation of US-imposed fascist dictatorship, US major media have been militantly hostile toward Tehran — a nonbelligerent nation threatening no one.

Instead of unequivocally debunking them, US establishment media support possible aggression over stepping back from the brink of potentially devastating confrontation by failing to oppose it.

His "military options" include striking Iranian oil facilities and military bases with "volleys of cruise missiles from navy vessels. Strike aircraft would be aloft to carry out attacks if Iran retaliated against the first wave…"

"American war plans have long included such options against Iranian oil production facilities, a feature of a plan called Nitro Zeus, developed years ago to cripple Iranian infrastructure,"  including by cyberattacks.

"There is simply no evidence to support the idea that we can trust revolutionary Iran to give up its long-term goal of developing a nuclear weapon and delivery systems (sic)."

He falsely claimed the JCPOA would encourage Iranian adventurism, calling the nuclear deal "a 1938 moment." Polar opposite is true.

The neocon/CIA-connected Washington Post called for "punish(ing) Iran without starting a war."

"If Iran is allowed to attack Saudi Arabia (sic) with no real consequences, it will only be emboldened further (sic). Then, the next Iranian attack could be the one that sparks the wider conflict we are all trying to avoid (sic)."

No responsible editors would touch the above rubbish. WaPo editors featured it against nonbelligerent Iran — ignoring US-led NATO, Israeli, and Saudi war crimes in multiple countries.

Wall Street Journal editors are militantly hostile toward Iran, fury against the country unleashed again in their latest assault on truth-telling, saying:

"Neither of these initiatives is likely to deter Iran from further attacks (sic), as its leaders conclude that Mr. Trump has no desire for a tougher response (sic)," adding:

The Saudis "unveiled evidence that it said proved the weekend attacks came from Iran (sic)."

Fact: No credible evidence was "unveiled." Nothing whatever suggested Iranian involvement in attacking Saudi oil facilities.

Houthi fighters from Yemen or captured Saudi territory have done it on their own many times in response to Riyadh aggression. Phony claims otherwise are baseless.

WSJ: "The escalating attacks on oil production and tankers are clearly aimed at pressuring Mr. Trump to drop his 'maximum pressure' campaign against Iran (sic).

Fact: Besides no Iranian involvement in Houthi retaliation against Saudi aggression, the above statement amounts to saying the best way to pursue peace is by waging war.

WSJ: "(N)o should expect Iran to stop its provocations, especially as it concludes there is little cost to escalating."

Fact: Warmaking and other "provocations" are US, NATO, Israeli, Saudi specialties, not how nonbelligerent Iran operates.

WSJ: "The US and Saudis have shown they can't protect the oil fields, and the next attack may hit the United Arab Emirates or Kuwait."

Fact: They'll be no "next attack" if US/Saudi aggression in Yemen ends.

WSJ: "Tehran has a clear policy to become the dominant power in the Middle East (sic), and its actions—including aggression to destabilize its Arab neighbors—support that policy. Mr. Trump had better prepare for more Iranian trouble (sic)."

Iran seeks regional peace and cooperative relations with other countries. Its record proves it.

What US major media should report, they suppress, featuring managed news misinformation and disinformation instead — especially against nonbelligerent US adversaries threatening no one.